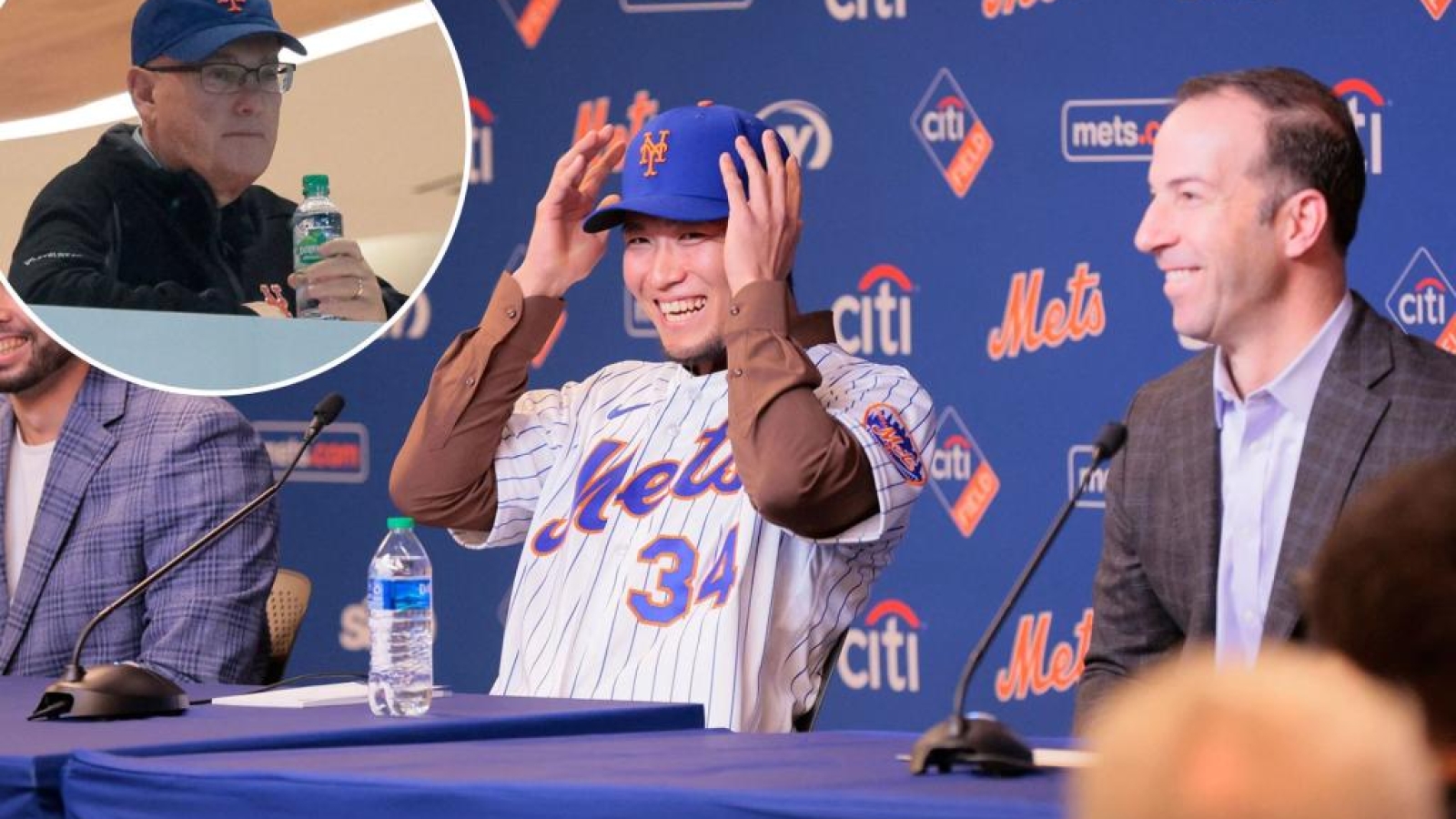 The national anthem of introductory press conferences — the one heard now before the actual event — is praise sung by a head of baseball operations in genuflecting to ownership for the financial willingness to enlist (fill in the blank).

When, for example, Brian Cashman spoke to reporters at the winter meetings this month upon revelation that the Yankees had agreed to retain Aaron Judge, you would have thought the Yankees general manager was speaking about someone who reached into his pocket to solve world hunger rather than to bring back a player whose presence during and after his career will be monetized like crazy by Hal Steinbrenner and his extended family.

Cashman was being a good soldier. Not only by recognizing who butters his bread (a product made from dough, by the way), but clearly trying to do subliminal messaging against the enlarging perception that Steinbrenner is cheap and disinterested. Expect more of the same at Judge’s actual introductory press conference Wednesday morning.

By that point, Cashman’s protege will already have followed this script twice at Citi Field — on Monday with Kodai Senga and what certainly will be his preamble for Justin Verlander on Tuesday. Mets GM Billy Eppler, as the intro before his intro of Senga, acknowledged, “I have led off a lot of these” by thanking the power couple Steve and Alex Cohen. It wasn’t, “Oh, say can you see above the Cohens’ coming luxury-tax bill …” But that was the sentiment.

As the run this week of press conferences accentuates, New York is baseball’s financial capital. No team has invested more in free agency, to date, than the Yankees’ $573.5 million and none has agreed with more free agents than the six the Mets have guaranteed $401.67 million. There actually is a franchise that has spent in the middle. The Giants have reached $443.5 million in free-agent spending even without their No. 1 target, Judge, but with the $350 million awarded Correa, who Cohen actually made an eleventh-hour bid to land as if he were ordering an after-dinner drink.

There have always been disparities in payrolls. There have always been moaning about those disparities. I am not here to join the moaning chorus. I believe the game is best served when teams are aggressive in all ways trying to win and players are being treated fairly in the marketplace. I suspect that well-run organizations, such as the Guardians and Rays, will still use their analytic models to play well above their payrolls. I expect that a few of the mega-contracts of this offseason will go bad instantly and almost every one of them will rot over time.

But in the here and now, this chasm is the story of the offseason. Before leaving for the Senga press conference, I noticed a story on The Athletic that the Pirates had spent $17.375 million on four free agents and were now probably done shopping for the upcoming season. The Mets have six players who for the purpose of the luxury tax will independently make more than $17.375 million in just 2023. It highlights that with offseason free-agent spending at $3.4 billion and still growing that there are two different leagues operating within MLB.

Clubs such as the Giants and Rangers were among the eight teams, to date, willing to pay the nine-figure free-agent antes this offseason to gain consideration for elevation. Perhaps the suddenly budget-conscious Red Sox are due for relegation. But even within this premier league, there are the Mets and every other club. The Wilpons would have demanded the thank you at every press conference, but never considered climbing well over $300 million in payroll and $400 million with tax penalties included.

Senga feels like an extravagant side dish in Cohen’s offseason. His $15 million annually on a five-year, $75 million deal is the fourth largest free-agent pact the Mets signed this year and he is not one of the Mets making more in 2023 than that whole Pirate splurge. But he is arguably here because of the Mets outlay.

Follow Eppler’s pursuit. He first became aware of Senga in 2013 as Cashman’s assistant GM. Eppler saw the righty for the first time in 2014 as part of his annual Japanese scouting mission, noting immediately his major league stuff. Eppler became Angels GM following the 2015 season and from then through his first winter as Mets GM he did the busywork of inquiring with Senga’s representatives to see if the pitcher would be a free agent, knowing that the Fukuoka Softbank Hawks were the lone Japanesee team that would not post a player to come to MLB.

This offseason, though, Senga was a free agent liberated from any Softbank control or compensation. The Giants and Padres were in the bidding until the end and San Diego had Senga’s mentor Yu Darvish. But Senga wanted something else. He is a sponge for information with a hunger to prove himself as elite here as in Japan. So learning from and being challenged by Max Scherzer and Verlander was, Senga’s agent, Joel Wolfe, said, “In the end, the tipping point. … When they signed Verlander, [Senga] started to tack in one direction.”

And the Mets had Scherzer and Verlander because Cohen was willing to make them the co-highest paid per-annum players in major league history — and not by a tiny bit. Their combined $86.7 million in 2023 likely will be more than a half-dozen or more MLB payrolls. Even in a universe of have and have nots, the Mets are the hav-iest. The kind of club that can pay for Scherzer and still have enough for Verlander and then have enough to see if Senga’s “ghost forkball” translates fully here to make him an ace too.

The price will include arguably the most intense pressure to win of any team in the sport — the Yankees will probably be second.

This is the cost of business to be atop the Super League. In that world, the least Eppler can do is offer thanks a (400) million.