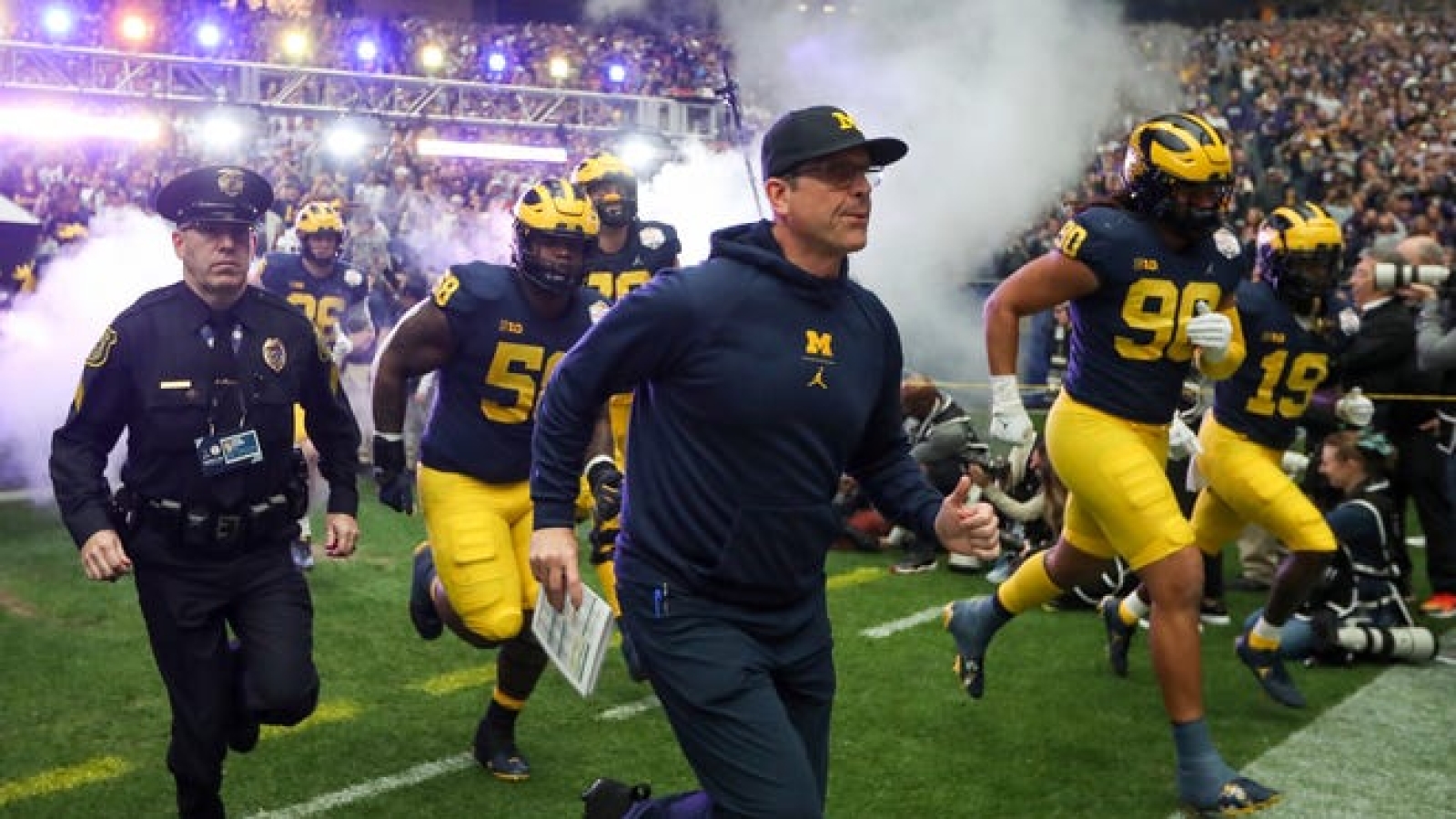 The University of Michigan‘s athletic director confirmed Friday that the football program is in hot water with the NCAA.

Warde Manuel said in a statement the athletic program received a draft of notice of allegations “regarding the football program.”

The Free Press confirmed through a source late Thursday night that the NCAA will levy Level II violations — those deemed “more than a minimal but less than a substantial or extensive recruiting, competitive or other advantage” according to a description adopted in 2019 — against the program.

The source, which was granted anonymity because they are not allowed to publicly discuss the investigation, said the NCAA will also charge football coach Jim Harbaugh with a Level I violation — a “severe breach of conduct” that “seriously undermine or threaten the integrity of college sports,” per the guidelines.

The punishment for the Level I violation — which the Free Press has learned is for Harbaugh lying or misleading NCAA investigators — would be levied against him personally, and could include a suspension for a game or multiple games.

The Free Press confirmed the Level II violations are for recruiting violations and having too many coaches working with players.

The athletic director said Friday: “We have cooperated and will continue to cooperate with this investigation. Out of respect for the NCAA’s enforcement process, we will not offer further comments.”

Harbaugh’s contract, which runs through 2026, includes a clause that allows for U-M to fire the coach for cause without owing him any money. But that wouldn’t come until the completion of the NCAA’s investigation.

The NCAA revised its levels of infractions in April 2019 to give coaches more personal responsiblity for violations while doubling the categories of classifications of violations. Now that Michigan has received the notice of allegations, it has 90 days to respond to the NCAA. That could include self-imposed punishments for the program and/or Harbaugh. After Michigan’s response, the NCAA has another 90 days to respond with additional charges or punishments before the case goes to the organization’s infractions committee. With a variety of potential hearings and responses, it could take years before the NCAA’s ruling is complete, depending on Michigan’s response.

Reports have swirled surrounding Harbaugh’s future since the Wolverines lost to TCU in the College Football Playoff semifinal Saturday in the Fiesta Bowl. He has reportedly been contacted by the Denver Broncos and has spoken with Carolina Panthers owner David Tepper about their head coach openings. The Athletic reports that if he is offered an NFL job, Harbaugh is willing to take it.

Last winter, Harbaugh interviewed with the Minnesota Vikings, but after not being offered the head coaching job, told the Free Press that he was committed to helping Michigan win a national championship.

On Thursday, about an hour before the first report of the NCAA violations by the Athletic, Harbaugh released a statement doubling down on comments he made last month, stating he expects to be the coach at Michigan next season. But he also said he was not exactly sure what the future holds.

Yahoo! Sports was first to report that Harbaugh was facing a Level I violation.

After the first six years of Harbaugh’s tenure included no wins over Ohio State and no Big Ten title game appearances — a run that bottomed out with a 2-4 record no bowl game in the pandemic-shortened 2020 season and was followed by a contract extension that included a pay cut — the Wolverines have experienced their best two-year run in recent memory. U-M claimed the Big Ten championship for the first time since 2003-04 (and the first back-to-back outright titles since 1991-92), defeated the Buckeyes in consecutive years for the first time since 1999-2000 and has made two straight appearance in the College Football Playoff. The only other programs to make consecutive showings in the national playoff’s nine-season history are Alabama, Clemson, Georgia, Ohio State and Oklahoma.