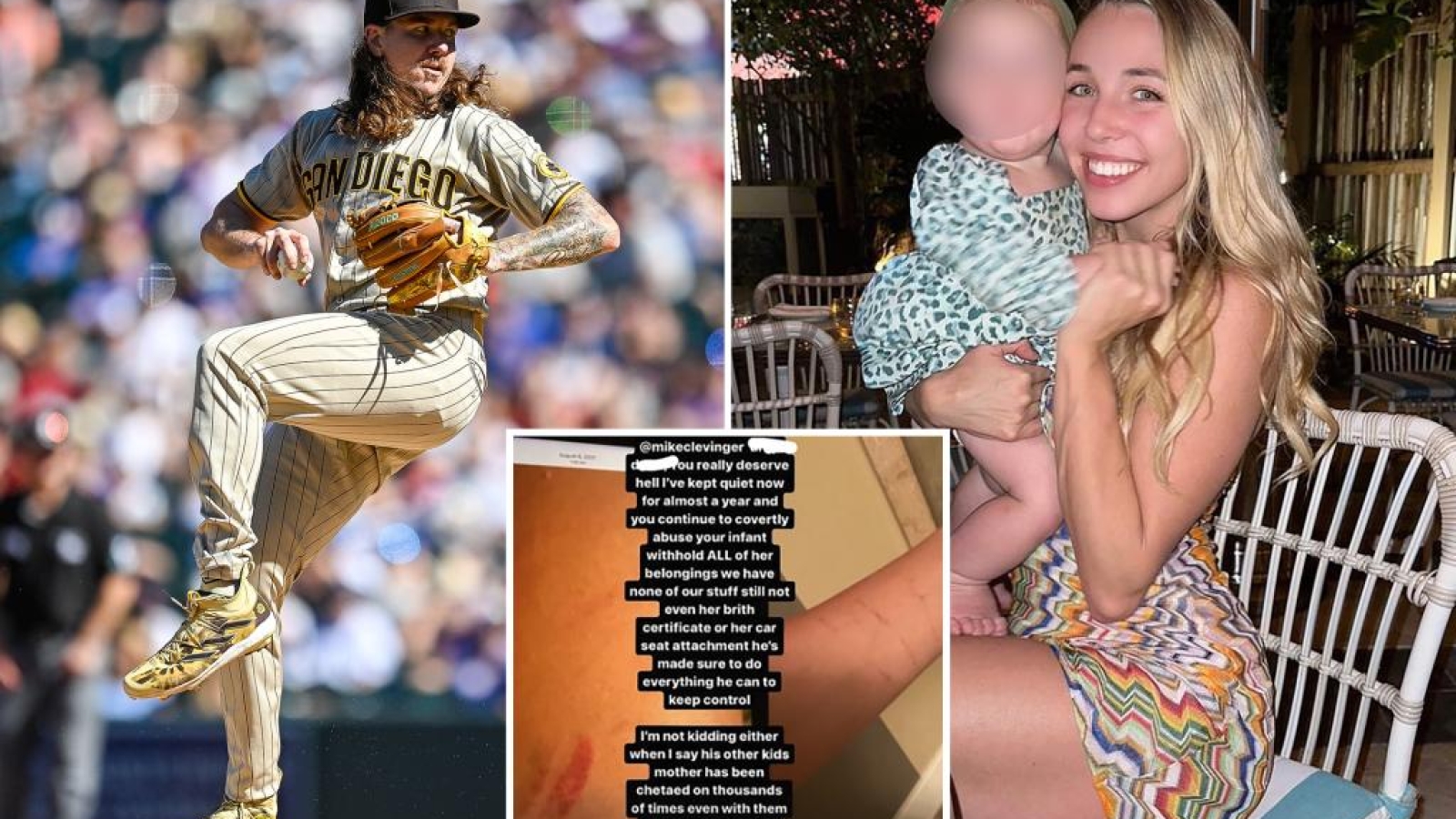 The mother of Mike Clevinger’s 10-month-old daughter has accused the White Sox pitcher of domestic violence and child abuse.

On Tuesday, Olivia Finestead detailed her claims against Clevinger on her Instagram Story, writing that the 32-year-old threw an iPad at her while pregnant, strangled her and threw used chewing tobacco on their child. She also added photos of her alleged injuries that occurred last year while Clevinger was a member of the Padres.

“You really deserve hell,” she wrote, “I’ve kept quiet for almost a year and you continue to covertly abuse your infant, withhold ALL of her belongings, we have none of our stuff, still not even her birth certificate or her car seat attachment. He’s made sure to do everything he can to keep control.”

Finestead, 24, also told The Athletic that Clevinger slapped her in a hotel room when the Padres were playing the Dodgers in June. She also said the Jacksonville, Fla., native is a “huge drug addict,” using mushrooms and acid daily.

Per The Athletic, MLB is investigating Finestead’s claims.

“We need to fairly and thoroughly protect our client and at the same time be respectful of the White Sox and MLB,” Clevinger’s agent, Seth Levinson, wrote in a text message to the outlet. “We need time before responding.”

The White Sox said in a statement to The Athletic the team was not aware of the allegations made against Clevinger when they signed him to a one-year, $12 million deal in early December. Finestead wrote that she “can’t blame an organization for something they don’t know.”

“I hope the @MLB does what they should and puts him in required therapy maybe even a small suspensions so he can take time out to really think about why he abuses his kids and their mothers,” she added.

Finestead says she’s in contact with other women Clevinger has allegedly abused, sharing a purported message from one and adding that he threatened the mother of his other children, daughters born in 2016 and 2017.

“Mike, the star would be an apology to ALL of your kids and your kids’ mothers,” Finestead wrote. “You’re doing the opposite by continuing what you’re doing behind lawyers, denying and lying. I gave you chances privately. You chose this.”