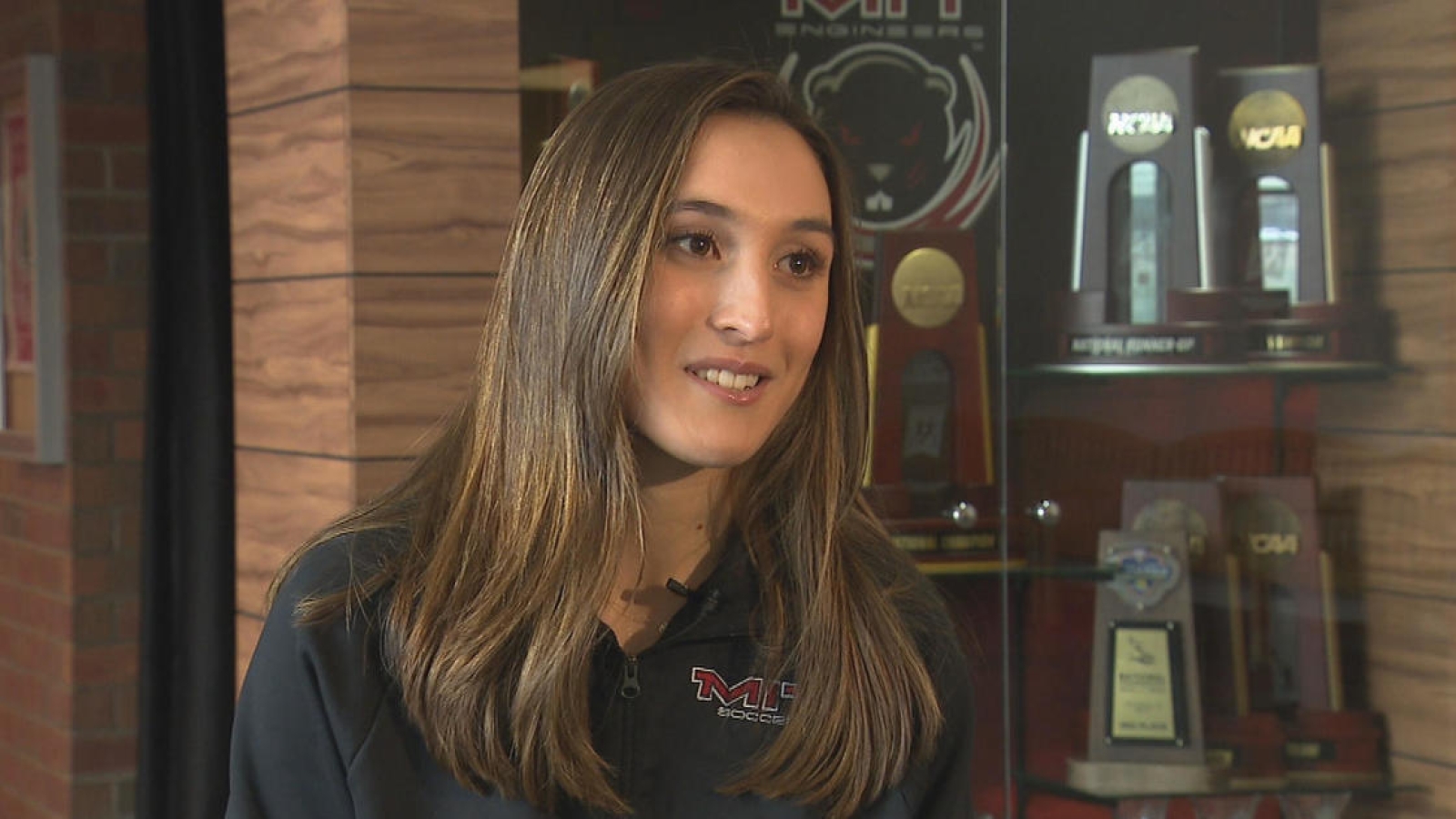 CAMBRIDGE – Whether it be scoring a hat trick in less than a minute or working on her thesis at Boston Children’s Hospital, Weston’s Karenna Groff has excelled at practically everything she’s done during her time at the Massachusetts Institute of Technology (MIT).

“I’ve been in a lab since my freshman year,” said Groff. “Researching the generic basis of epilepsy.”

Recently Groff became just the sixth Division III student-athlete ever to be recognized as the NCAA Woman of the Year. An honor that celebrates excellence both on and off the field for all divisions.

She credits a lot of the success she’s had away from athletics, to what she’s been able to learn on the playing field.

“I think one of the biggest things about sports is that you face adversity all the time,” Groff said. “You fail all the time. At first, failing is uncomfortable. No one likes failing and I still don’t enjoy it.”

It’s with that mindset that’s allowed Groff to not only lead the Engineers to three conference tournament titles but also being the co-founder of openPPE, a company that created and distributed masks to healthcare professionals during the pandemic.

“Really anything you’re doing you’re not doing it alone. That’s transferred from everything that I’ve been a part of,” Groff said. “Knowing how to communicate, to be a leader, and be a good teammate, for sure.”

Groff leaves MIT ranked second in program history for both goals and points in a career. As one door closes, she’s now looking forward to scoring in the next chapter of her life.

“I’m planning on going to medical school,” Groff said. “It’ll be a change but I’m excited for that and to learn about medicine and to be a doctor.”

Thanks for reading CBS NEWS.