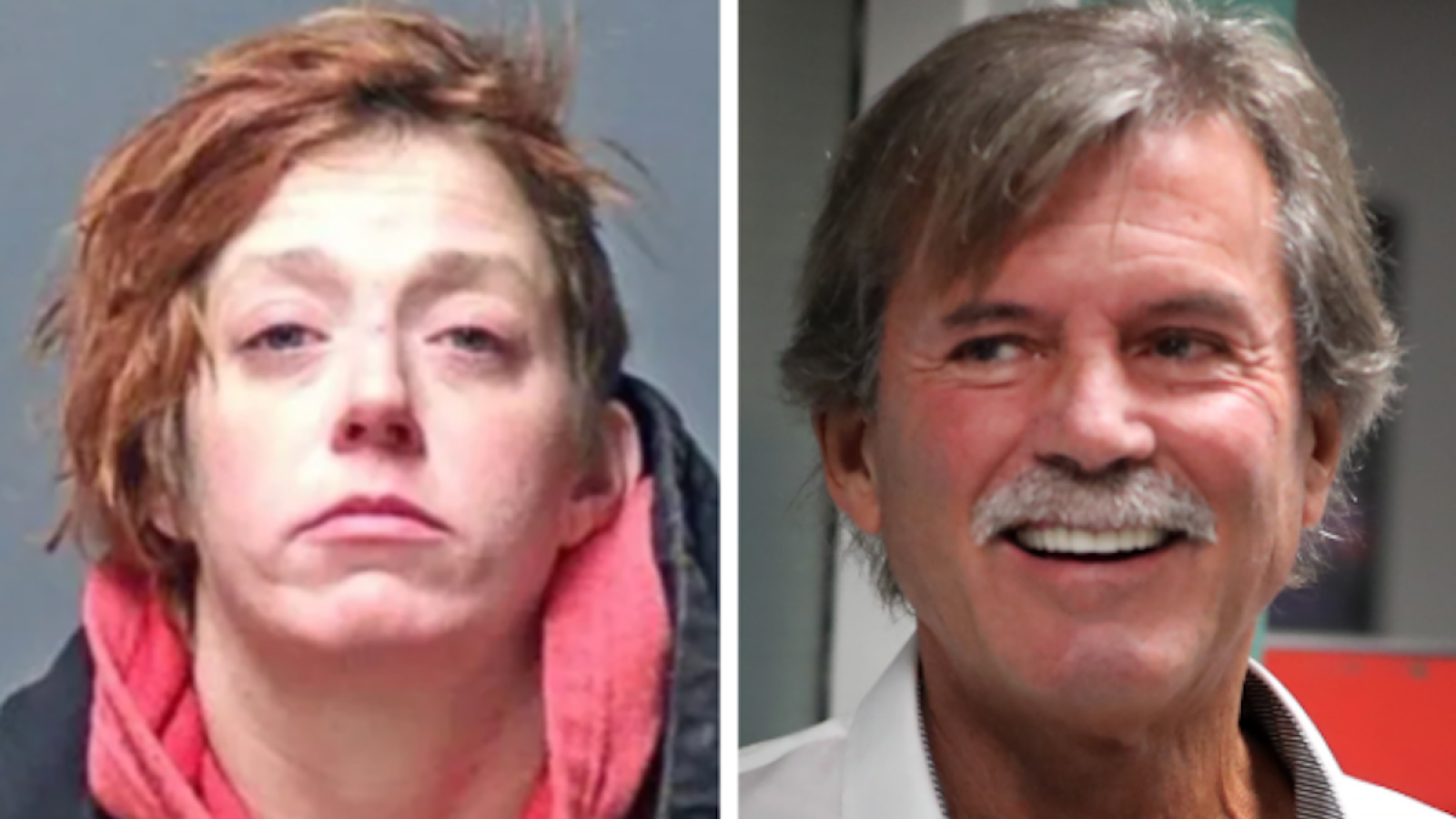 The adopted daughter of baseball Hall of Famer Dennis Eckersley was arrested Monday after allegedly abandoning her newborn boy after giving birth in a New Hampshire homeless camp amid freezing temperatures.

Alexandra Eckersley, 26, who has a prior drug conviction, was charged with second-degree assault/extreme indifference and falsifying physical evidence charges, as well as misdemeanor counts of reckless conduct and endangering the welfare of a child, according to Patch.com. Police said Eckersley called 911 just after midnight on Monday and said she had given birth in the woods near Manchester. When first responders arrived, they found Eckersley intoxicated, according to police.

“Based on [the officer’s] interaction with Eckersely, he believed [she] was under the influence of drugs,” an affidavit stated. “He stated that at times, Eckersley was unsteady on her feet and that she would thrash around, side to side.”

Eckersley allegedly told police she didn’t know where the baby she’d just had was, prompting a search of the woods by police, firefighters, and EMTs. A detective later said a K-9 unit was brought in as police expected to recover a dead body due to the below-freezing temperatures. But an hour later, Eckersley told an EMT the location of the tent she’d been living in, and said the baby would be there, according to police.

Eckersley led authorities to the tent, where they found the baby alive on blood-soaked blankets inside, according to Patch.com.

“While on the scene at the campsite, Alexandra allegedly played music from her phone and sang along,” the police affidavit said.

The baby, which weighed 4.4 pounds and is believed to have been born three months prematurely, was taken to a nearby hospital.

Eckersley later told police she gave birth around 11:30 p.m. on Sunday but that her boyfriend was unable to detect a pulse on the baby. She claimed she initially tried in vain to call 911, but then left the scene fearing police would seize the tent, according to police.

When a detective asked Eckersley why she abandoned the baby, Eckersley allegedly said, “What do they tell you when a plane goes down? Save yourself first,” according to the affidavit.

Eckersely’s father was one of the greatest relief pitchers in Major League Baseball history and served as a Boston Red Sox radio broadcaster. He pitched from 1975-1998, racking up 197 wins and 390 saves. He won the American League’s Cy Young and Most Valuable Player awards in 1992 after saving 51 games for the Oakland A’s.