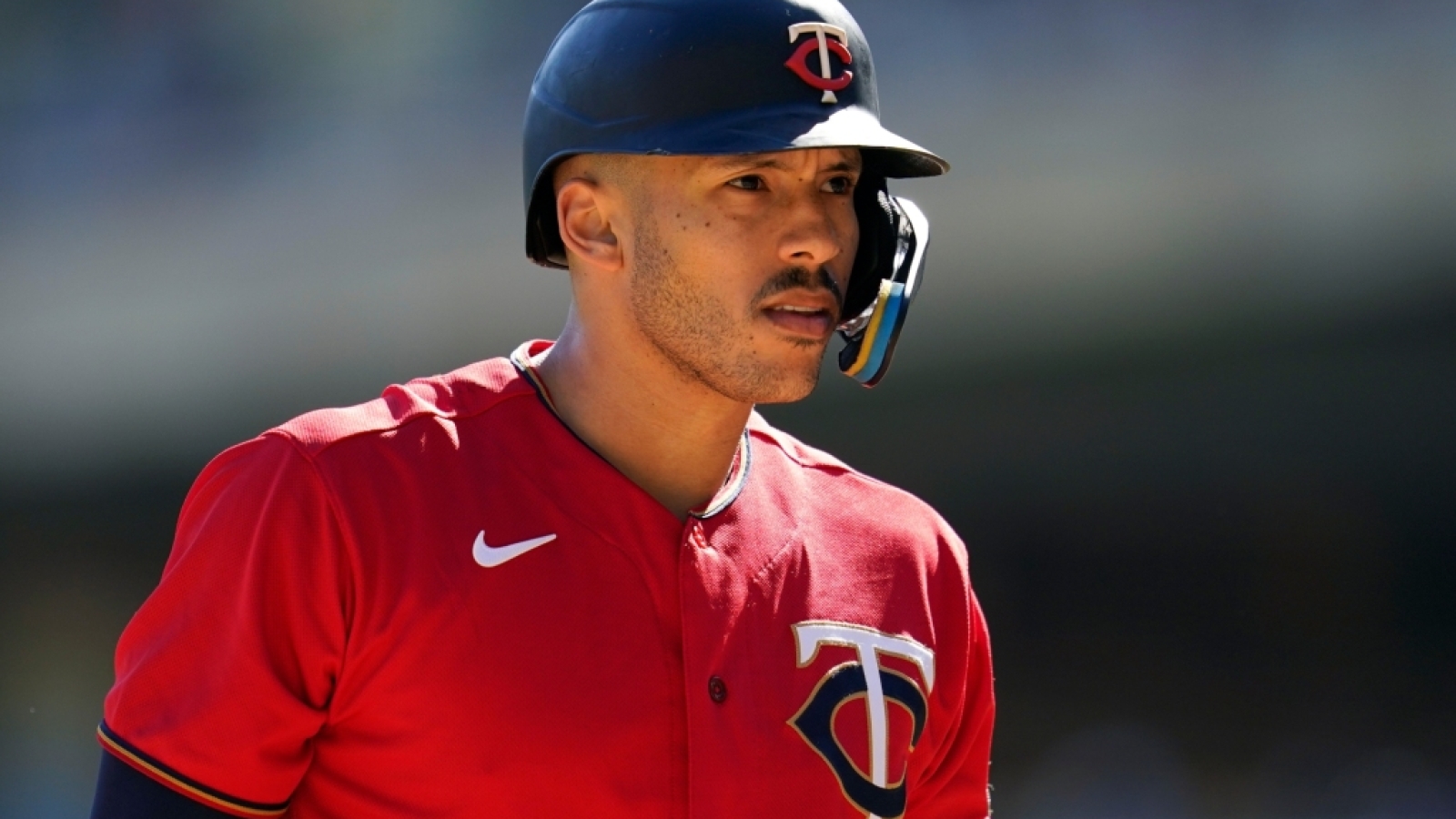 The biggest story of baseball’s offseason, the one most likely to reverberate for years and years, is the sudden popularity of long-term contracts, the kind that make a man add two numbers quickly, silently, to decide how old he’ll be the next time Carlos Correa is a free agent.

Last week, Correa reportedly agreed to a 13-year deal with the San Francisco Giants that would pay him past his 41st birthday. (It would have run through the 2035 season if you’re doing that math at home.) The Giants then re-thought their evaluation of Correa’s health at the last minute and, having failed to put pen to paper, watched him agree to a 12-year deal with the New York Mets.

Xander Bogaerts and Trea Turner recently received 11-year contracts from the Phillies and Padres, respectively. All of the shortstops switched teams as free agents, and that’s a new thing. Fernando Tatís Jr. signed a 14-year contract with San Diego in 2021, which merely extended his tenure with his current employer. Julio Rodriguez’s option-laden 13-year deal can max out at 18 years; the Seattle Mariners clearly liked what they saw from their rookie center fielder. Historically, players that sign contracts of 11 years or longer only do so with a team they already know.

The Dodgers’ Mookie Betts (12 years), the Tampa Bay Rays’ Wander Franco (11 years), and the (then)-Miami Marlins’ Giancarlo Stanton (13 years) all joined this group in recent years. In fact, until this month, only Bryce Harper (13 years from the Philadelphia Phillies in 2019) had signed a contract longer than 11 years to join a new team – a leap of faith that so far seems beneficial to both parties.

There are two trends here. Not only are teams suddenly more willing to take on the long-term risk of rostering (or at least paying) a player into his late 30s and beyond, they are more willing to do so with a player they’ve never employed.

Although this is something we haven’t seen before in Major League Baseball, it bears a strong resemblance to the NHL, and the summer of Ilya Kovalchuk – a talented hockey player in his prime who is still costing the New Jersey Devils a quarter-million dollars a year. The parallels are so strong, it bears asking whether MLB will eventually disallow contracts of a certain length and structure like the NHL did 12 years ago in response to Kovalchuk’s 17(!)-year contract with the Devils.

A brief history lesson is in order.

Kovalchuk was the prize of the NHL’s 2010 free agent class. He met with the Kings, but ultimately signed with the Devils for 17 years and $102 million. The structure of the contract meant the Devils took a modest $6 million salary-cap hit for every season Kovalchuk was on their active roster, independent of Kovalchuk’s actual take-home pay. He was scheduled to earn $95 million over the first 10 seasons, then $7 million over the final seven.

The upshot: entering the 2020-21 season, at age 37, Kovalchuk could retire and leave a relatively small sum of money on the table. New Jersey would be off the hook for the downside of Kovalchuk’s career, even though those seven seasons had effectively been freeing up space under their salary cap for a decade.

The NHL had approved similar contracts before. In 2009, goalie Roberto Luongo signed a 12-year contract extension with the Vancouver Canucks. Luongo was scheduled to be paid $62 million over the first 10 seasons and $2 million over the final two. Sure enough, Luongo retired at age 40 having only played nine of the 12 seasons.

Marian Hossa signed a similarly front-loaded 12-year contract with the Chicago Blackhawks prior to the 2009 season – $59.3 million over the first eight seasons, then $3.5 million over the final four – and unsurprisingly retired after year eight at age 38.

Hockey and baseball are different sports. Just don’t be surprised if we never learn what a 40-year-old Turner or Bogaerts looks like in the batter’s box. Their contracts don’t encourage an early retirement by the player – they aren’t front-loaded like the contracts given to Kovalchuk, Hossa and Luongo – but their contracts are so long, their final-year salaries might be modest enough in a decade that the Phillies and Padres are comfortable cutting their losses.

In effect, that’s what the NHL decided when it came time to approve the Kovalchuk deal. The league passed a rule banning such front-loaded contracts in response.

According to one report, the San Diego Padres recently made an offer to slugger Aaron Judge (before he re-signed with the New York Yankees) that MLB would have rejected if Judge accepted it. ESPN later reported that this was incorrect, that the talks between Judge and San Diego never progressed to that point.

There’s another takeaway here. The free-agent money might be flowing hard and fast, but many clubs are still treating the Competitive Balance Tax like a hard salary cap. Now, they’re resorting to similar tactics that NHL clubs used to work around an actual hard salary cap – tactics so popular, they were banned by the league.

These kinds of workarounds are almost part of a front office’s duty. They are considered good business. If they proliferate long enough, the league makes a new rule so that the spirit of the original rule can’t be defeated. It’s just a matter of time.