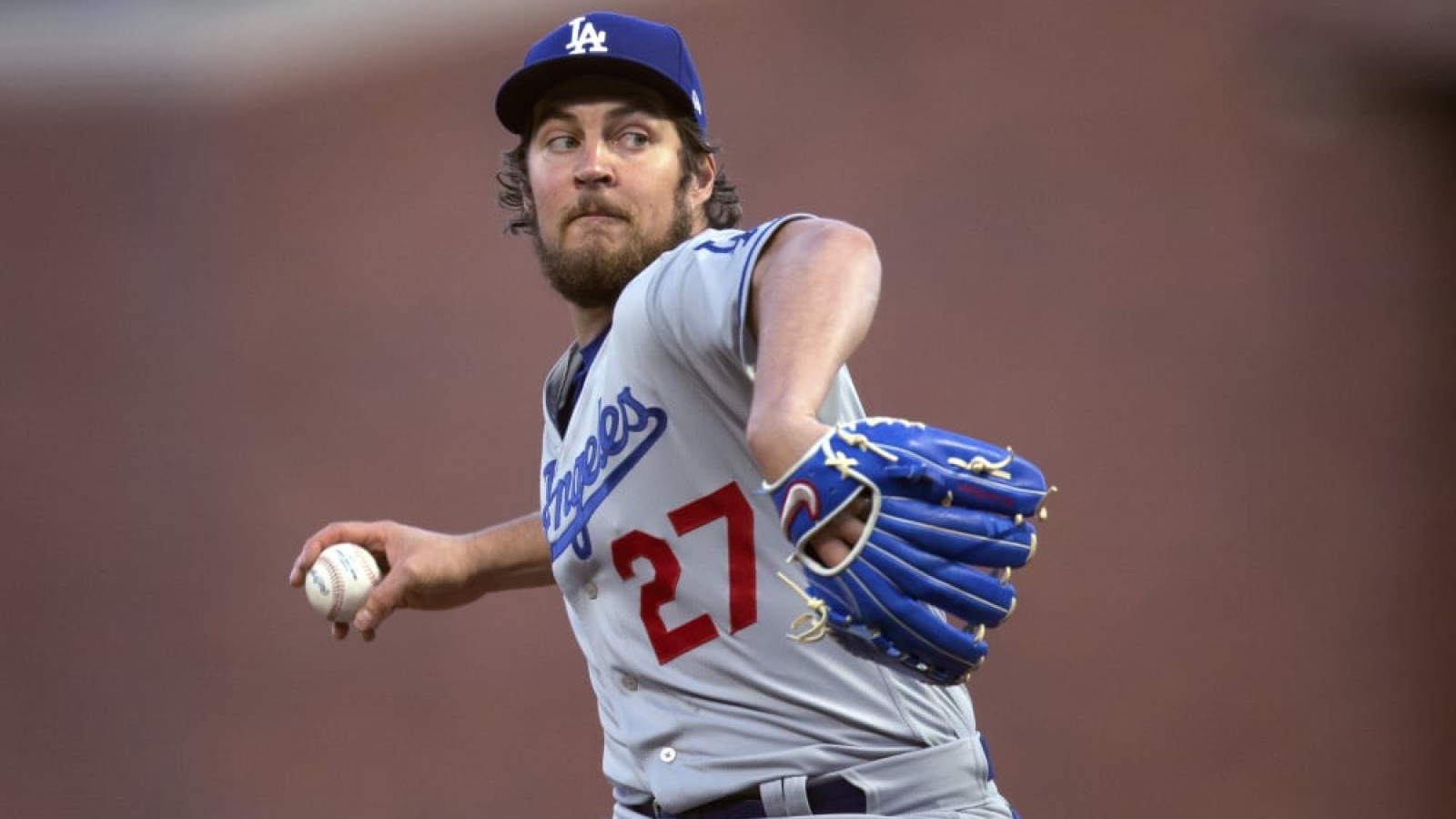 Trevor Bauer will no longer be a member of the Los Angeles Dodgers despite being reinstated from his suspension for sexual misconduct allegations, the team said Friday in a Twitter statement. Brynn Anderson/Associated Press

LOS ANGELES — The Los Angeles Dodgers are cutting ties with pitcher Trevor Bauer, whose unprecedented 324-game suspension over sexual misconduct allegations was reduced two weeks ago, allowing him to resume his career.

A person familiar with the situation said Friday that the 31-year-old right-hander was designated for assignment, which means the Dodgers have seven days to release or trade him, which is unlikely. The person spoke to The Associated Press on condition of anonymity because the team had not announced the move.

If the 2020 NL Cy Young Award winner is released, Los Angeles would remain responsible for the more than $22.5 million remaining on the pitcher’s contract.

“After careful consideration, we have decided that he will no longer be a part of our organization,” the Dodgers said in a statement posted on Twitter.

The Dodgers had until Friday to restore Bauer to the roster under baseball’s rules. The team has rarely commented on the divisive case since Bauer was put on paid administrative leave in July 2021.

MLB Commissioner Rob Manfred suspended Bauer for 324 games for violating the league’s domestic violence and sexual assault policy after a San Diego woman said he beat and sexually abused her in 2021. Bauer has maintained he did nothing wrong, saying that everything that happened between him and the woman was consensual.

Bauer was never charged with a crime.

The players’ association filed a grievance on Bauer’s behalf, and a three-person panel headed by independent arbitrator Martin Scheinman started hearing the case last May.

In a ruling on Dec. 22, Scheinman upheld a 194-game suspension rather than Manfred’s intended 324-game penalty and reinstated Bauer immediately. Scheinman affirmed that Bauer violated MLB’s policy and docked his pay for the first 50 games of 2023, covering part of the period the pitcher was on paid leave in 2021 and ’22.

Bauer joined his hometown Dodgers before the 2021 season on a $102 million, three-year contract. He had a record of 8-5 and a 2.59 ERA in 17 appearances before being placed on leave.

In the likelihood Bauer is released, the MLB players’ association could challenge his release as not complying with the Uniform Player’s Contract.

The contract allows the team to terminate if the player shall “fail, refuse or neglect to conform his personal conduct to the standards of good citizenship and good sportsmanship or to keep himself in first-class physical condition or to obey the club’s training rules” or “fail, in the opinion of the club’s management, to exhibit sufficient skill or competitive ability to qualify or continue as a member of the club’s team.”

In February 2022, Los Angeles prosecutors decided not to charge Bauer for allegedly beating and sexually abusing the San Diego woman because they said they were unable to prove her accusations beyond a reasonable doubt.

The woman, who was 27 at the time, said Bauer choked her into unconsciousness, punched her repeatedly and sexually assaulted her during two sexual encounters.

The Associated Press does not typically identify people who say they have been victims of sexual assault.

Bauer said in a video posted on YouTube after the prosecutor’s decision that he and the woman engaged in rough sex at her suggestion and followed guidelines they agreed to in advance. Each encounter ended with her spending the night at his Pasadena home, he said.

“The disturbing acts and conduct that she described simply did not occur,” he said at the time.

The woman had sought a restraining order, but a judge denied it. The judge found that Bauer honored the woman’s boundaries when the woman set them, and could not have known about those he violated because she didn’t express them clearly.

Bauer will lose about $37.6 million in salary for the final 144 games of last season and for the first 50 games of this season, through May 23.

Turner, 38, entered free agency after the Los Angeles Dodgers declined their $16 million option on him. He hit .278 with 13 homers and 81 RBI in 128 games after slumping early in the season. From the All-Star break on, he batted .340 before going 2 for 13 in the NL Division Series, where the Dodgers were eliminated.

Turner, who played with Red Sox Manager Alex Cora with the Mets in 2010, said he expects to “mostly DH, play a little first base, hopefully not too much third base. I’m hoping Raffy (Devers) is over there every day… I’ve done a lot of things in my career, played all over the infield, been a part of a bunch of different roles. I’m not coming into it with the mindset that I have one job, one role or just DHing. I’ll be ready to play wherever (Cora) needs me.”

METS: A source confirmed to the New York Daily News that Carlos Correa’s camp is talking to other clubs while dialogue with the Mets continues after the team expressed hesistancy about executing a 12-year, $305 million contract that was agreed to on Dec. 20, pending a physical.

The initial agreement with the Mets came hours after a deal fell through with the San Francisco Giants for a 13-year, $350 million contract. The Giants had concerns about Correa’s right leg and ankle, which was surgically repaired in 2014 while Correa was in the minor leagues. The Mets seemingly had the same concerns with his physical and the two parties have yet to agree on an amended contract.