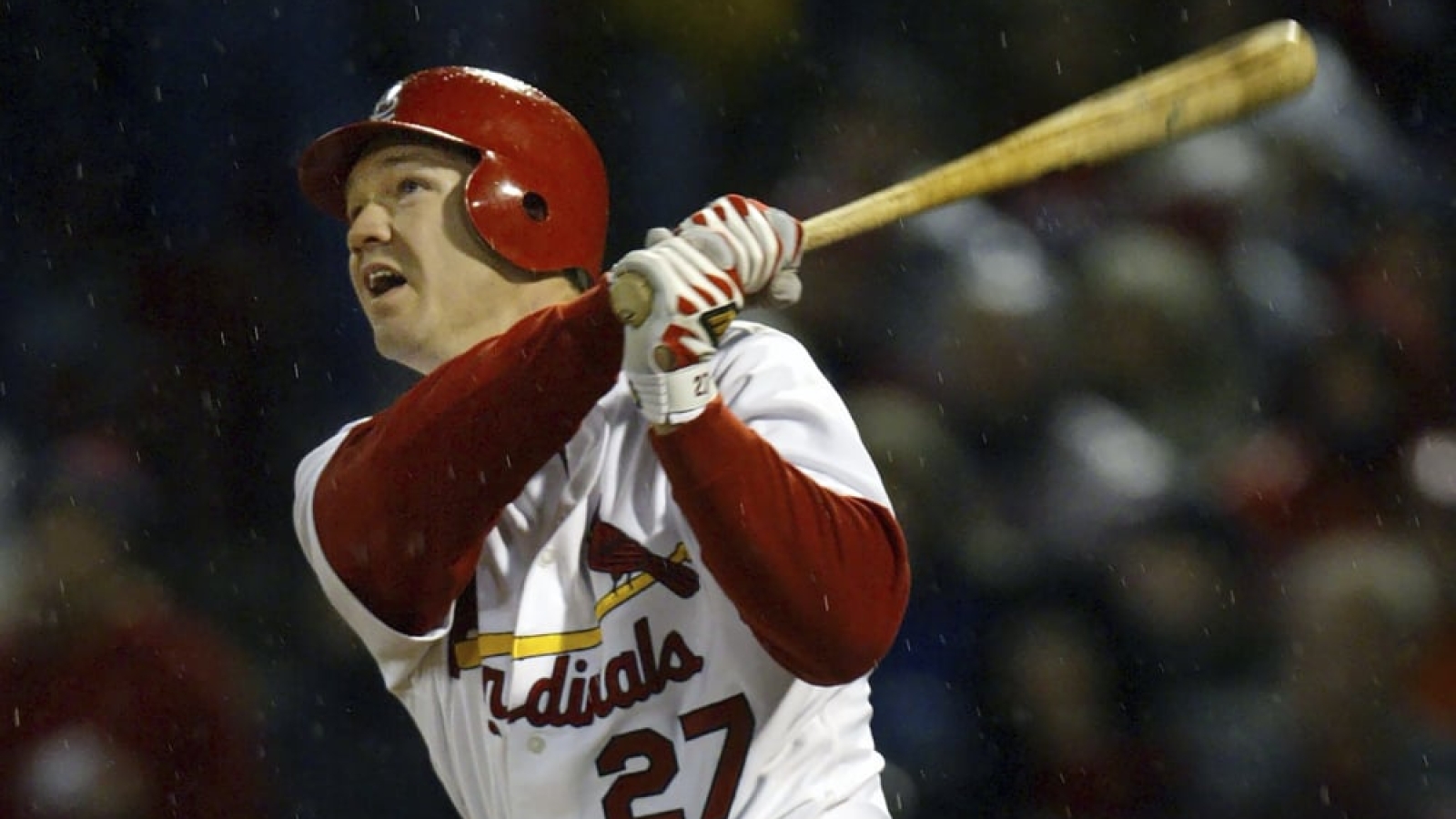 NEW YORK — Scott Rolen could become just the 18th third baseman elected to baseball’s Hall of Fame, the fewest of any position.

“It stems from an original prejudice that third base is not important defensively,” John Thorn, Major League Baseball’s official historian, said Monday. “I think Brooks Robinson changed that perception. So that just as relief pitchers for the longest time were regarded as failed starters rather than as a new position in the changing game, third basemen were regarded as washouts.”

A seven-time All-Star who retired after the 2012 season, Rolen is among the top contenders on the 28-player ballot considered by the Baseball Writers’ Association of America in a vote announced Tuesday night. He received just 10.2% in his first ballot appearance in 2018 and climbed to 52.9% in 2021 and 63.2% last year, when he fell 47 votes shy of the needed 75%.

The leading vote-getters are first baseman Todd Helton at 79.8%, Rolen at 79.2% and reliever Billy Wagner at 73.2%, according to Ryan Thibodaux’s Hall of Fame Ballot Tracker, which included 183 public plus anonymous ballots as of Monday afternoon among an estimated total of 396.

When David Ortiz was elected last year, his final figure of 79.8% was down from 83.1% of public ballots ahead of the announcement. Barry Bonds declined from 76.8% of public ballots before the announcement to 66% and Roger Clemens from 75.4% to 65.2%, so it is possible no one will be elected by the BBWAA for the second time in three years. This could become the first three-year span with only one player voted in by the writers since annual voting started in 1966.

Anyone voted in would be inducted at Cooperstown on July 23 along with Fred McGriff, elected last month by the contemporary baseball era committee.

There are 84 pitchers in the Hall (including nine who were primarily relievers), 27 right fielders, 26 each among first basemen and shortstops, 24 center fielders, 23 left fielders, 20 second basemen, 19 catchers and 17 third basemen. There also are three players who were primarily designated hitters, a position that didn’t exist until 1973.

Carlos Beltran, John Lackey and Jered Weaver are among 14 newcomers, the first time writers will evaluate Beltran following his role in the Houston Astros cheating scandal en route to the 2017 World Series title.

CUBS: When Manager David Ross spoke with Trey Mancini about joining the team, the skipper mentioned playing first base, designated hitter and the corner outfield spots.

For Mancini, the playing part was the key message.

“I told him: `I don’t care where I play at all. I like playing. Wherever you want me, I’m there,”‘ Mancini said.

The addition of Mancini, who finalized a two-year contract on Friday that could be worth up to $21 million, is part of a flurry of moves for Chicago after it went 74-88 last season. Shortstop Dansby Swanson, right-hander Jameson Taillon, outfielder Cody Bellinger, first baseman Eric Hosmer, reliever Brad Boxberger and catcher Tucker Barnhart also signed with the team in free agency.

Mancini was in the mix for Team Italy for the World Baseball Classic, but he said he has decided to stay in Cubs camp so he can spend time with his new teammates.

BREWERS: Now that his shoulder isn’t bothering him anymore, new Milwaukee Brewers acquisition Brian Anderson is hoping he can recapture the hitting success he enjoyed earlier in his career.

The Brewers announced the signing of Anderson, though the deal was initially reported Wednesday. Terms weren’t revealed, but a person close to the situation said the former Miami Marlins third baseman/right fielder received a one-year, $3.5 million contract and could earn an additional $2 million in performance bonuses.

“I’m healthy, I’m working out, I’m full go,” Anderson said. “I don’t even notice my shoulder anymore, so that’s great news. I’m excited to have an actual offseason where I’m healthy and can go in and really try to build that strength and try to put on more muscle. That way I can really drive the ball again the way that I should.”

Anderson, who turns 30 on May 19, finished fourth in the NL Rookie of the Year voting in 2018 and had an OPS of over .800 in 2019 and 2020 before tailing off the last two seasons while dealing with shoulder issues.