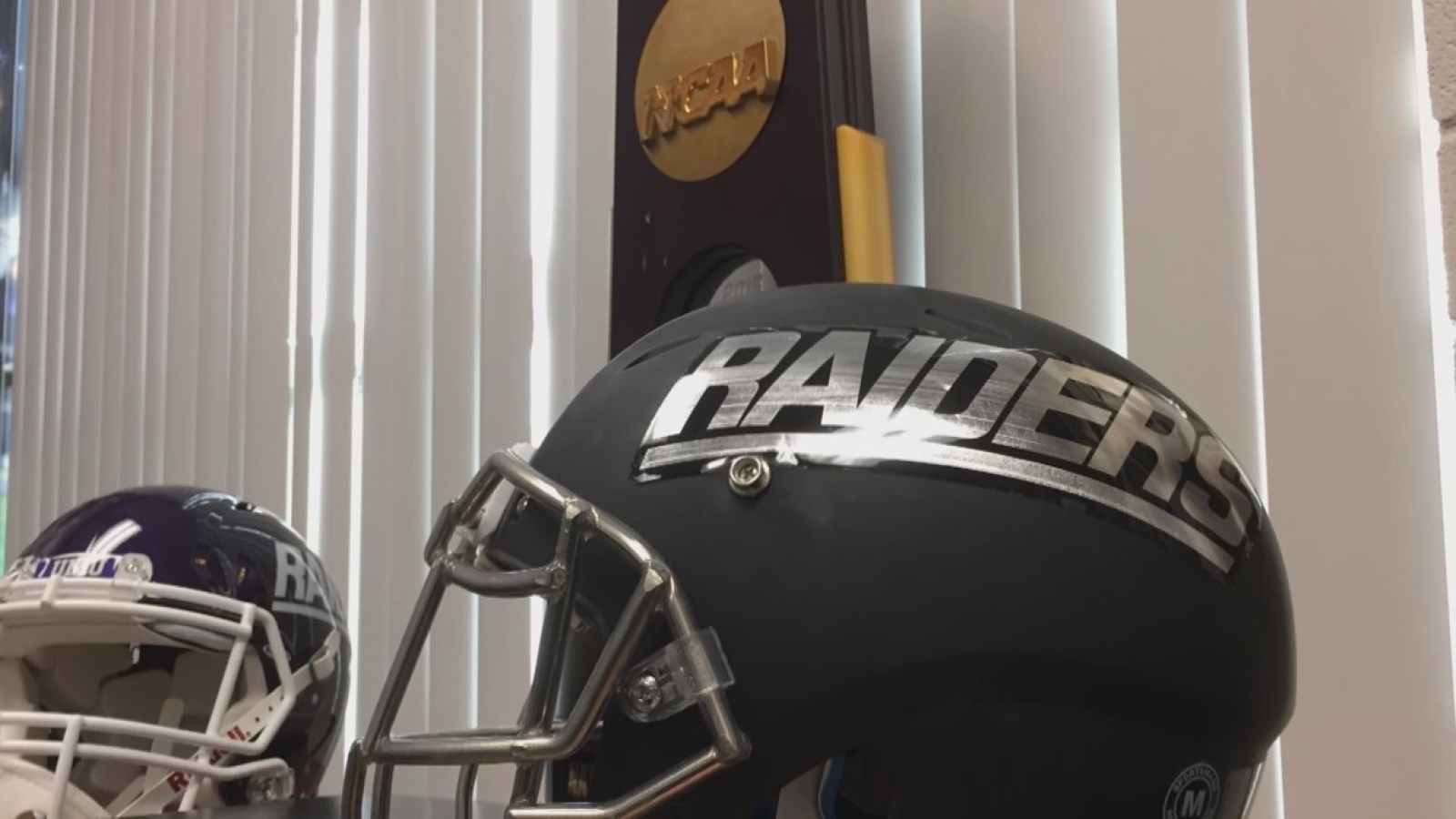 ANNAPOLIS, Md. — Mount Union will have to wait at least another year to add to its distinguished trophy case.

The Purple Raiders lost to North Central Friday night 28-21 in the NCAA Division III football championship game. Geoff Dart’s squad fought back from a 21-0 deficit to close the gap to seven late, but a slow start on offense proved too much to overcome.

The top-ranked Cardinals (15-0) got the scoring started in the first quarter with a 34-yard touchdown run by quarterback Luke Lehnen, who in the second made it 14-0 with a 6-yard pass to DeAngelo Hardy. No. 2 Mount was forced to punt five times in the first half, and with leading rusher DeAndre Parker out with an injury, the running game was held to just 60 yards on the evening.

After a scoreless third, Gagliardi Trophy winner Ethan Greenfield extended North Central’s lead to 21-0 early in the fourth with a 4-yard TD run, but the Raiders (14-1) refused to quit, as on their next drive QB Braxton Plunk scored from nine yards out to get his team on the board. A Cardinals punt put the ball right back in Plunk’s hands, and running the no-huddle the senior signal-caller engineered a drive that ended with a three-yard touchdown pass to Wayne Ruby Jr.

Plunk’s pass to Ruby pulls @purpleraiders within a score with 3:34 remaining in the game.

North Central recovered the ensuing onside kick, but with just over three minutes left to play Mount Union still had a chance to get a stop and give the offense a shot to tie it. However, Lehnen found Hardy in the end zone for what was ruled a 3-yard score upon further review, and while Plunk quickly led the Purple Raiders downfield for an Edwin Reed TD with 30 seconds to go, it was too little, too late as yet another onside kick landed in the Cardinals’ grasp.

Lehnen finished the game just 4-of-10 passing but accounted for 239 total yards and all four of North Central’s touchdowns as the Cardinals claimed their second Stagg Bowl title in four years. Plunk was 26-of-36 for 234 yards with two passing TDs and one rushing, but was also sacked three times, and the offense was stopped twice on fourth down while in North Central territory.

With the defeat, Mount Union fell short of what would’ve been its 14th national championship in school history. The Purple Raiders are now 13-9 all-time in the Stagg Bowl, but have not won since 2017, the program’s longest drought since taking home its first title back in 1993.