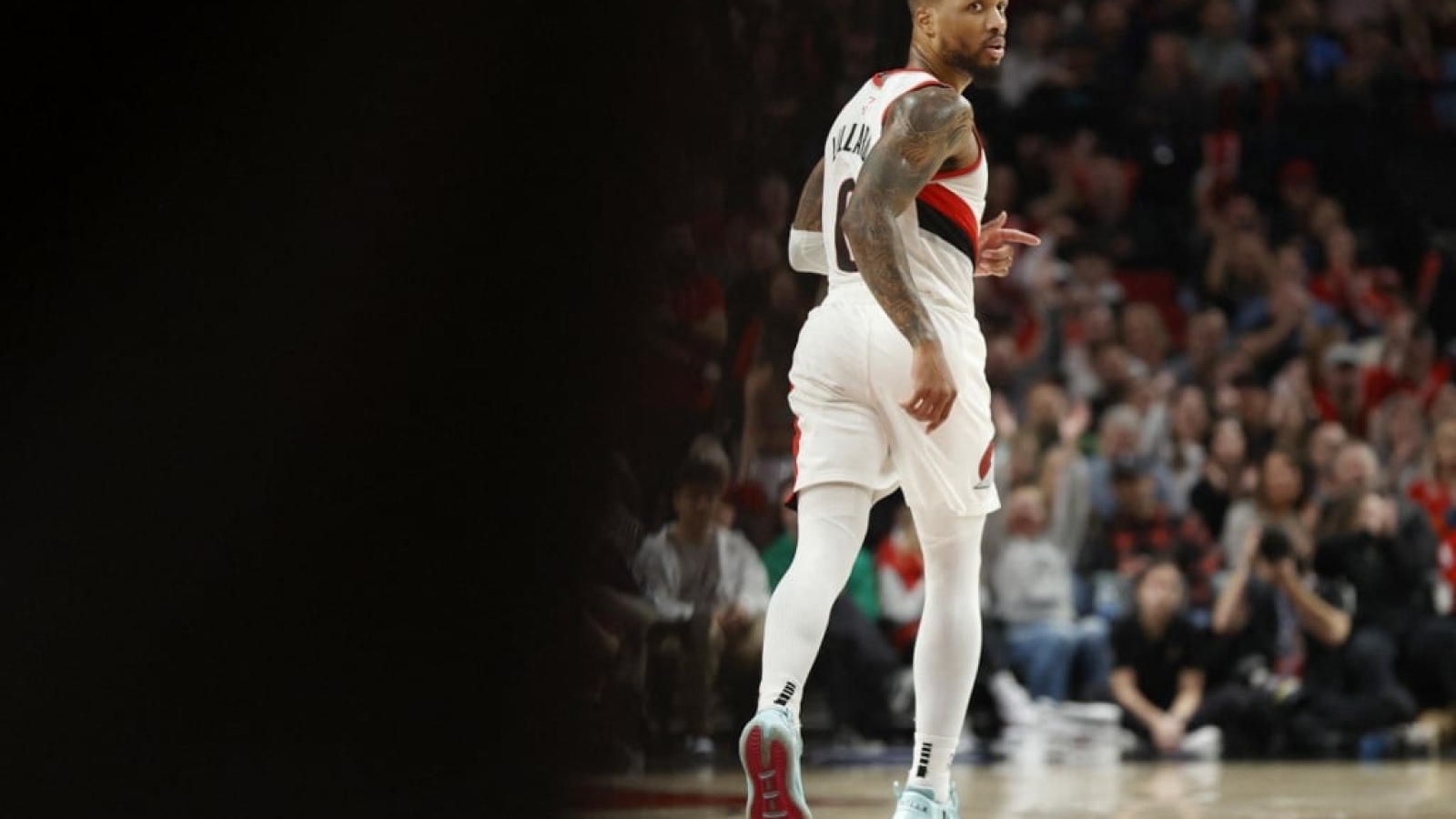 Damian Lillard #0 of the Portland Trail Blazers reacts after his three-point basket during the second quarter of the game against the Dallas Mavericks at Moda Center on January 14, 2023 in Portland, Oregon. Steph Chambers/Getty Images/AFP

Damian Lillard recorded 36 points and 10 assists while outplaying Dallas star Luka Doncic to lead the Portland Trail Blazers to a convincing 136-119 victory over the visiting Mavericks on Saturday night.

NBA scoring leader Doncic had a season-worst 15 points — 19 below his average — to go with 10 assists and six rebounds. He was just 7 of 19 from the field and missed all five 3-point attempts.

Lillard was 11-of-20 shooting, including 4 of 11 from behind the arc, as the Trail Blazers ended a string of six straight losses to Dallas. A second round of Lillard vs. Luka will occur Sunday night, also in Portland.

Jusuf Nurkic recorded 22 points and 11 rebounds, and Anfernee Simons added 21 for the Trail Blazers, who snapped a season-worst five-game slide. Jerami Grant added 16 points and Shaedon Sharpe scored 12 as Portland won for just the fourth time in its past 14 games.

Spencer Dinwiddie scored 25 points, and Reggie Bullock added 24 on a career-high eight 3-pointers for the Mavericks, who are 1-3 on a five-game road trip.

Portland made 55.7 percent of its shots, including 17 of 41 from behind the arc, while achieving a season high for points.

Lillard outscored Doncic 11-4 in the first quarter to set the tone. The Trail Blazers held a 31-30 lead after the period.

It was more of the same in the second quarter as Lillard scored 13 to finish with 24 for the half. Doncic had one point for a meager five at the break.

The Trail Blazers erupted for 40 points in the stanza and led 71-56.

Bullock got hot with five treys in the third quarter, but Dallas wasn’t able to cut into its deficit.

Bullock hit two straight 3-pointers to bring Dallas within 85-74 with 6:14 left in the period.

Consecutive treys by Grant and Gary Payton II gave Portland a 106-88 lead in the final minute before Doncic’s basket left the Mavericks down 16 entering the fourth quarter.

Lillard scored four straight points and Simons hit a trey during a 7-0 run that made it 125-101 with 6:41 remaining and Portland cruised to the finish.

Don’t miss out on the latest news and information.