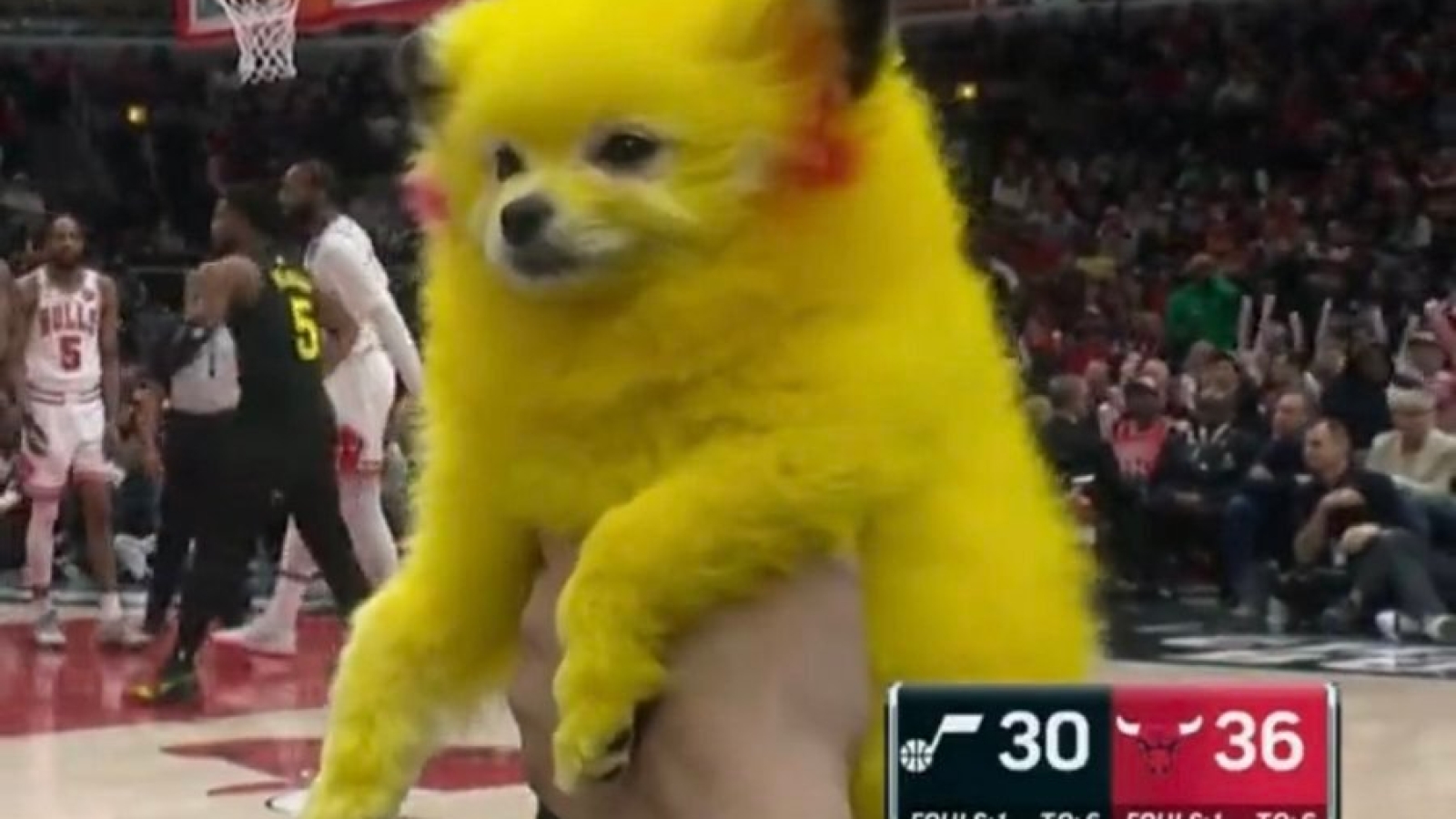 NBA games are one of the biggest sporting events in the world. Millions of fans across the globe view the sport from their homes. Moreover, fans come to the arenas with their best outfits, sometimes even with their pets. Similarly, a fan brought his South Florida Pomeranian but with a special Pokémon tribute. The dog immediately grabbed global attention, and eventually, became an internet sensation. Meanwhile, the NBA world is fuming as the dog owner could get into trouble.

During the Saturday night game between the Chicago Bulls and Utah Jazz, a man brought his Pomeranian to the arena. But, the dog was dyed yellow resembling the famous Pokémon character Pikachu. While he attracted a lot of attention during the game, he also attracted trouble in return.

NBA world displeased with trouble for the Pokémon dog

However, the fans were upset with the proceedings and expressed their anger online. Fans took to Twitter to show their dissent, as one user said, “NBA does anything for money.” While most of the fans questioned the authorities for the decision to fine the dog owner. Following are some reactions from NBA Twitter.

they just painted their dog why they get fined💀

But the dog looks happy tho

I’ve seen this dog sitting courtside at several arenas now…. like wtf this dog is living the dream

HOW IS HE GETTING FINED???? THATS HIS DOG AND THEY HAVE TOXIC FREE PET DYE

While the fans’ attention diverted toward the Pikachu dog, the Bulls pulled off a comfortable victory against the Jazz (126-118). The Bulls scored an emphatic 126 points majorly contributed by Zach LaVine and DeMar DeRozan with 36 and 35 points respectively. Jazz forward Lauri Markkanen’s 28 points went in vain.

Currently, the Chicago Bulls are in the ninth position in the Eastern Conference with a (19-21) record. The Bulls are yet to win a Championship after MJ’s legacy. Will they win the NBA Championship this season? let us know in the comments.