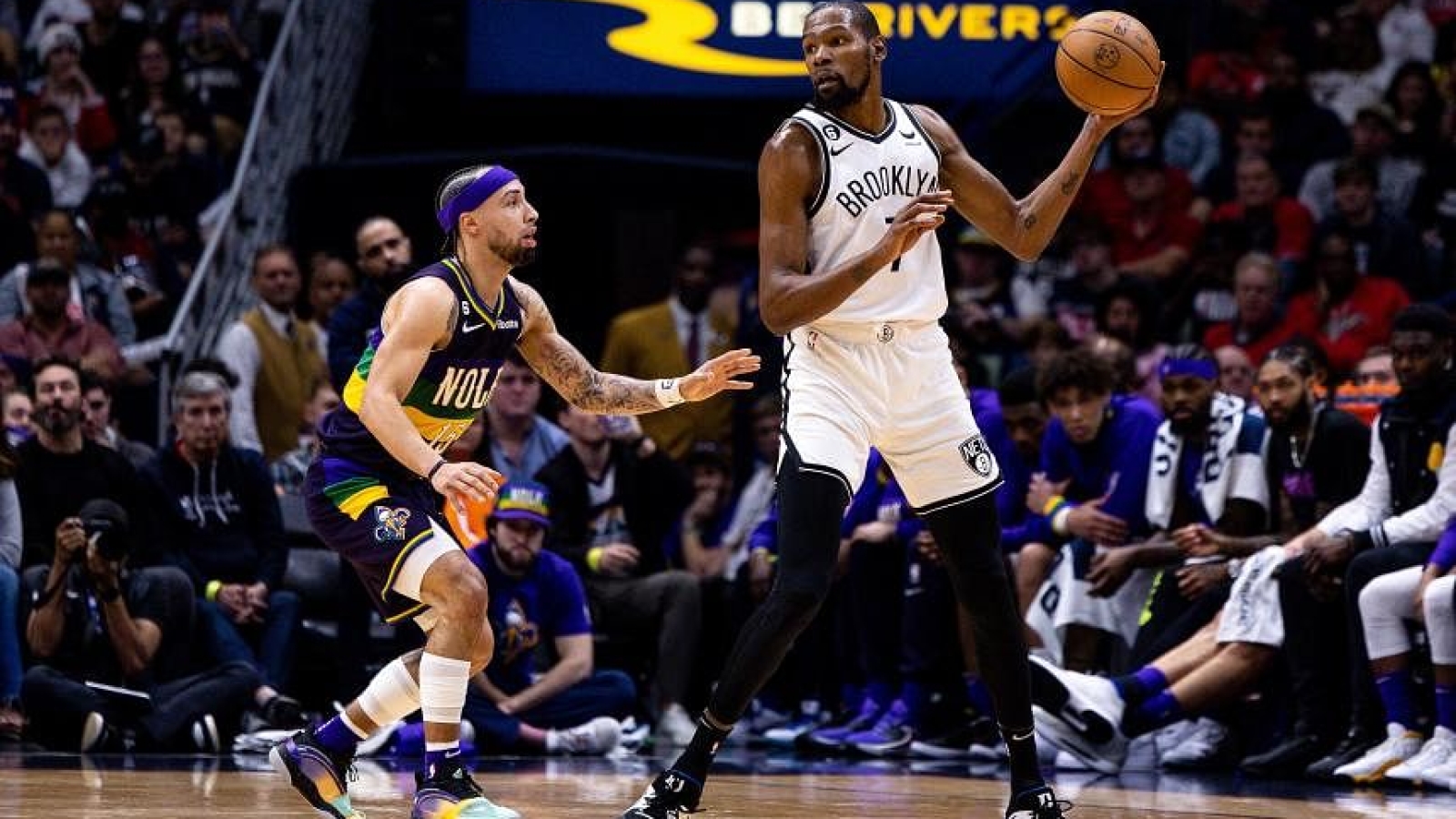 MIAMI – Kevin Durant called it a “good test” for the Brooklyn Nets after he and Kyrie Irving turned it on late in their National Basketball Association (NBA) game on Friday to beat the New Orleans Pelicans 108-102.

The Nets, who had seen their 12-game NBA winning streak end at Chicago on Wednesday, trailed 64-53 at half-time but got a grip on the contest in the third quarter.

Durant had 33 points and 10 rebounds, the 111th time in his career he has combined 30-plus points with double-figure rebounds.

The Pelicans were without their two star performers with Zion Williamson and Brandon Ingram both still sidelined with injuries, but they delivered an aggressive performance in what was an intense encounter.

New Orleans made a strong start, taking a 10-point lead in the first quarter after a fine three-pointer from Naji Marshall and they then started the second quarter with a 13-1 run.

But the Nets grew into the game and outscored the Pelicans 35-21 in the third quarter and Irving, who scored 19 points, made a 30-foot three-point jumper with 43 seconds remaining to make it 106-100 before putting away two free throws to secure the win.

“It was a tale of two halves, even though we didn’t get our shots to fire early on, or throughout the whole game, we just kept on pushing, it was a solid win for us,” said Durant, who shot nine of 26, but also made all 11 of his free throws.

“There’s going to come a time when shots don’t fall – like tonight. I liked how we kept grinding regardless.

“You’ve still got to go out there and lock in on the defensive side of the ball. You’re a totally different team when your shots aren’t going in. So, it was a good test for us.”

Brooklyn improved to 26-13 while the Pelicans are 24-15 after their fifth loss on home court this season.

The Charlotte Hornets equalled the NBA record for the most points in the opening quarter of a game when they put up 51 against the Milwaukee Bucks.

The haul matched the record set by the Golden State Warriors against the Denver Nuggets in 2019.