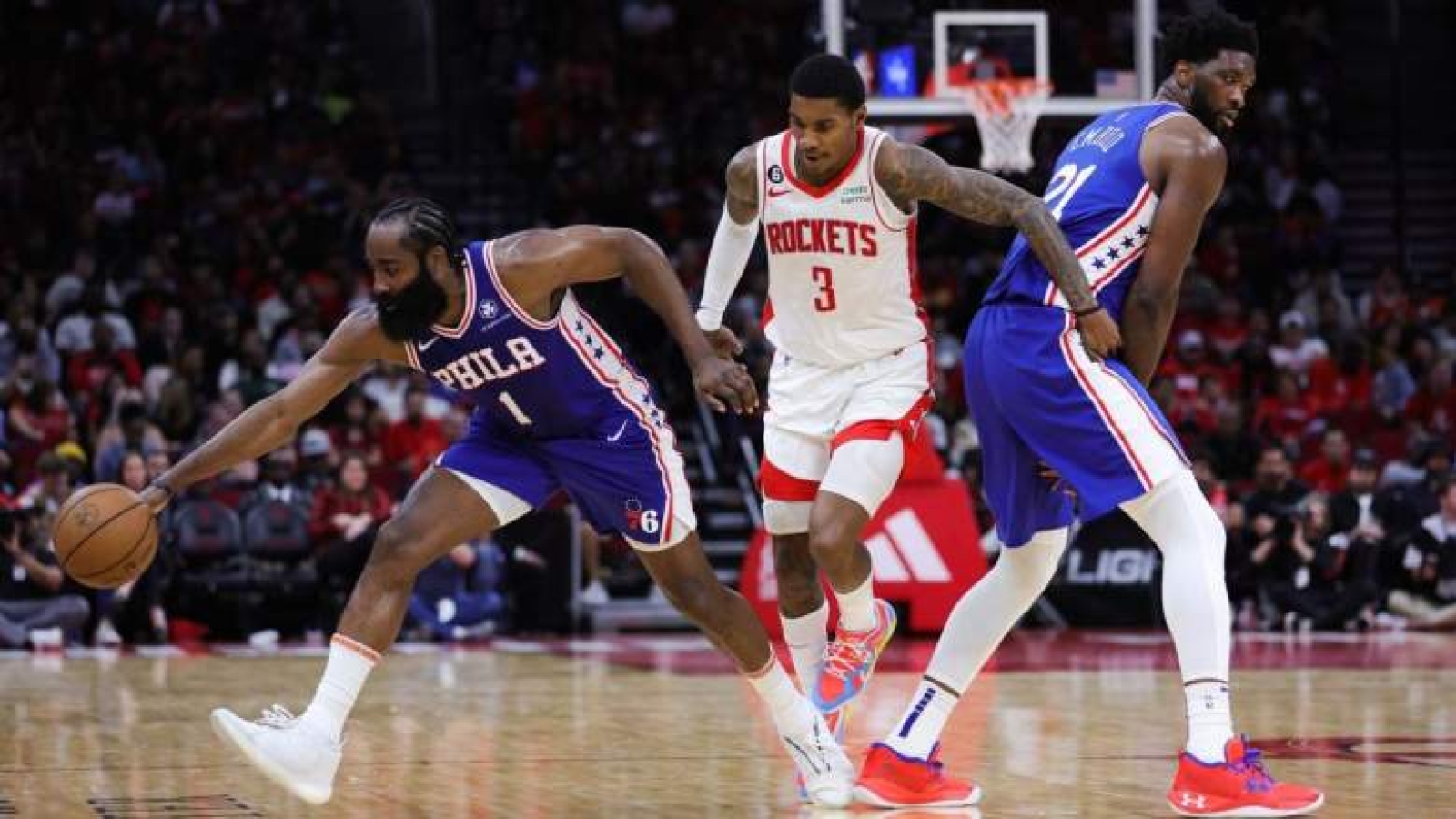 James Harden #1 of the Philadelphia 76ers loses control of the ball in overtime ahead of defender Kevin Porter Jr. #3 of the Houston Rockets at Toyota Center on December 05, 2022 in Houston, Texas.

One of the hot rumors across the NBA in recent weeks has been the interest of James Harden to leave the Philadelphia 76ers and return to the Houston Rockets. The former MVP signed a two-year deal with the Sixers this offseason with the second year as a player option. The consensus coming into the season would be that he would opt out of the deal following the season in search of more long-term security, but there may not be as much of a certainty that this will be with the Sixers.

With so much attention spent on Harden’s desire, it feels there has not been enough attention paid to if Houston is interested in a reunion themselves. The youthful roster is loaded with young talent and is still a few years away from growing into true playoff threats. While many executives have spoken about the legitimacy of Harden’s interest, a recent report by Ric Bucher of Fox Sports stated that an Eastern Conference executive laughed at the idea of Harden serving a mentorship role on the Rockets.

ESPN Sources: All-Star guard James Harden is seriously considering a return to the Houston Rockets in free agency this July — if he decides against a new deal with the Philadelphia 76ers: https://t.co/ZqJGIL1ZeP

Would the Rockets Want Harden?

There is no doubt there is value in having a veteran leader on a young team. Many argued the lack of veteran leadership came back to bite the Sixers when they transitioned out of their rebuild and began to contend. However, it also is fair to assess that Harden may not be an ideal candidate.

The jokes about his off-court interests and habits of partying write themselves among a team full of guys who have yet to turn 23. However, the greater concern falls with the on-court fit. Harden possesses one of the highest basketball IQs of any player in the NBA and makes passes that few other players can even identify. But he also is one of the most ball-dominant players in the league and each time he dribbles the ball for the first 15+ seconds of the shot clock, it takes the ball out of the young players’ hands.

Allowing young players to play through their struggles is even more important than providing the framework for veteran leadership. This is especially the case considering young Rockets’ standouts, such as Jalen Green and Kevin Porter Jr, are also very ball-dominant.

Why the Rockets Don’t Make Sense for Harden

It is no surprise Harden reflects fondly on his time in Houston. He played his best basketball in a Rockets jersey, including winning MVP, three scoring titles, and having some of the greatest regular season success of all time. There also is surely weight to Harden loving the city itself and enjoying being the heart of the entertainment and cultural influence of Houston.

However, the 33-year-old has also been extremely open about his desire to win a championship. Harden cited this as the reason he so publically demanded out of Houston less than two years ago. The frustrations of his partnership with Kevin Durant and Kyrie Irving in a way that did not equate to winning also led him to force his way out of Brooklyn and to the Sixers. These reports of interest in returning to Houston would essentially close the championship window of Harden’s career and leave that box unchecked on his resume.

After going in-depth with Yaron Weitzman of Fox Sports just two weeks ago about the importance of his legacy to him, things just don’t seem to align. If Harden wants to continue to compete for a championship while playing a high-level contributing role, it will be difficult for him to find a better opportunity than in Philadelphia. All signs point to the rumors being nothing more than a leverage play for his upcoming contract, although that may be a more difficult decision for the Sixers than it was once expected to be.