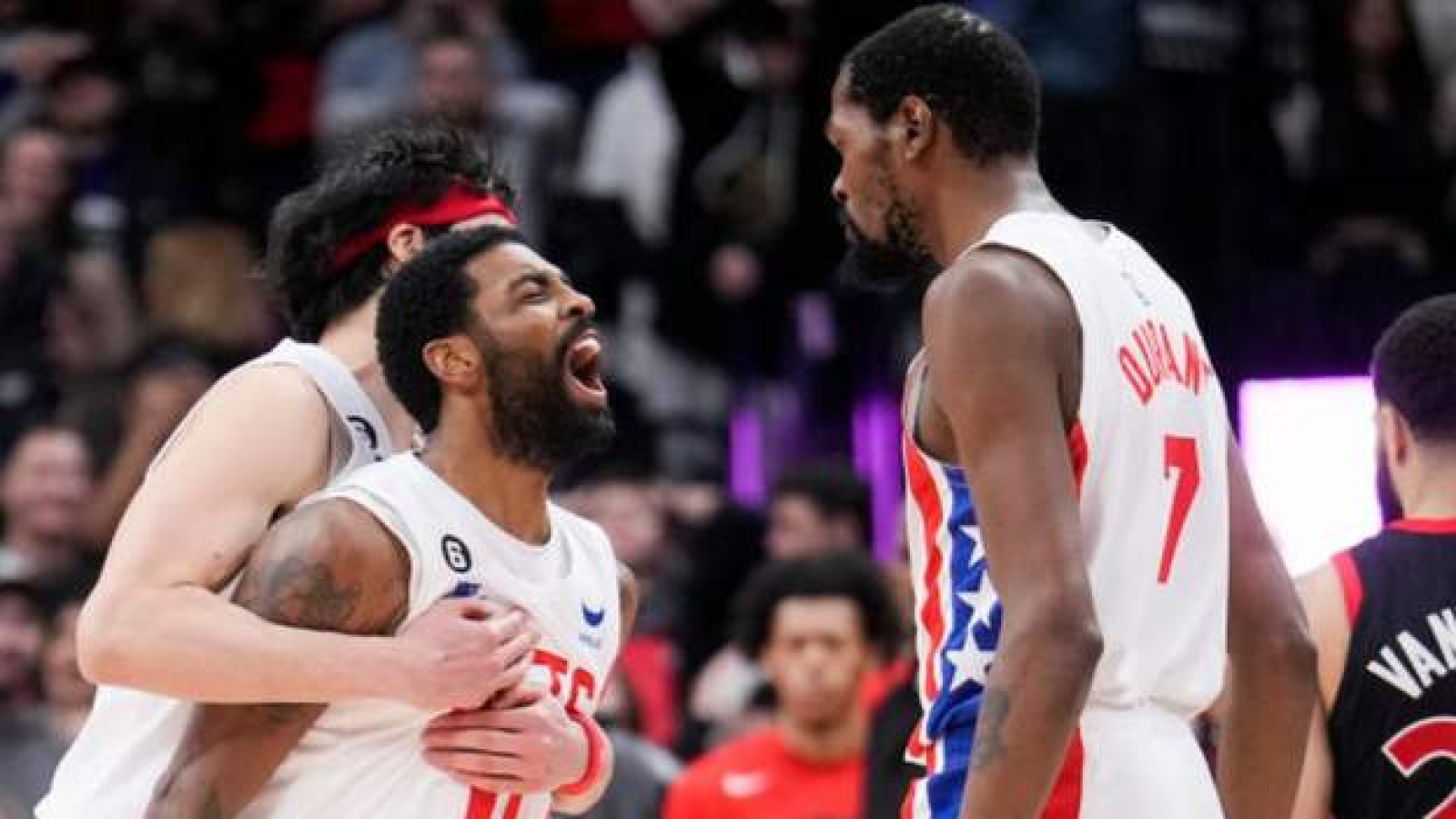 Kyrie Irving hit a game-winning three-pointer at the buzzer to give the Brooklyn Nets a 119-116 win at the Toronto Raptors in Friday’s NBA action.

That was the Nets’ fifth straight win – a ninth out of 10 – while LeBron James led the Los Angeles Lakers to victory.

“Who would have thought I would come into Toronto and hit my first game-winning buzzer-beater of my career?” said Irving, who scored 32 points.

“Pray that there’s more in the future, but I’m glad that we got this win.”

Nets coach Jacque Vaughn had originally drawn up the game-winning play for forward Kevin Durant, but they switched it to Irving as the team was coming out of its final timeout.

“It just comes with the trust that we’re building here,” said Irving.

“Jacque had a play call that we were about to go execute, and me and K had some dialogue and we decided to run the play for me. It was a good match-up versus Fred [VanVleet]. We just got the better of him that one time.

“I just want to be great in those situations,” Irving added. “You can say anything you want about me not hitting shots in the past, but the one time when you step up and make it, those are the ones you want to remember.”

Durant, who added 28 points for the Nets, said of Irving: “He was already cooking, so I didn’t want to get in his way.

“We kept finding him late in the game. He made some big shots, and I was just like, ‘Jacque, I think Ky should take this one.'”

Elsewhere, James scored 30 points as the Los Angeles Lakers overcame a first-half injury to Anthony Davis to earn a 126-108 win over the Denver Nuggets.

Thomas Bryant scored 21 points for the Lakers and Russell Westbrook had a triple-double of 15 points, 11 rebounds and 12 assists as the hosts ended Denver’s three-game winning streak.

Curry had his first game out with a shoulder injury, while Andrew Wiggins (thigh), Draymond Green (quad) and Andre Iguodala (hip) were also sidelined for defending champions Golden State, who are now 2-14 on the road and 14-16 overall.