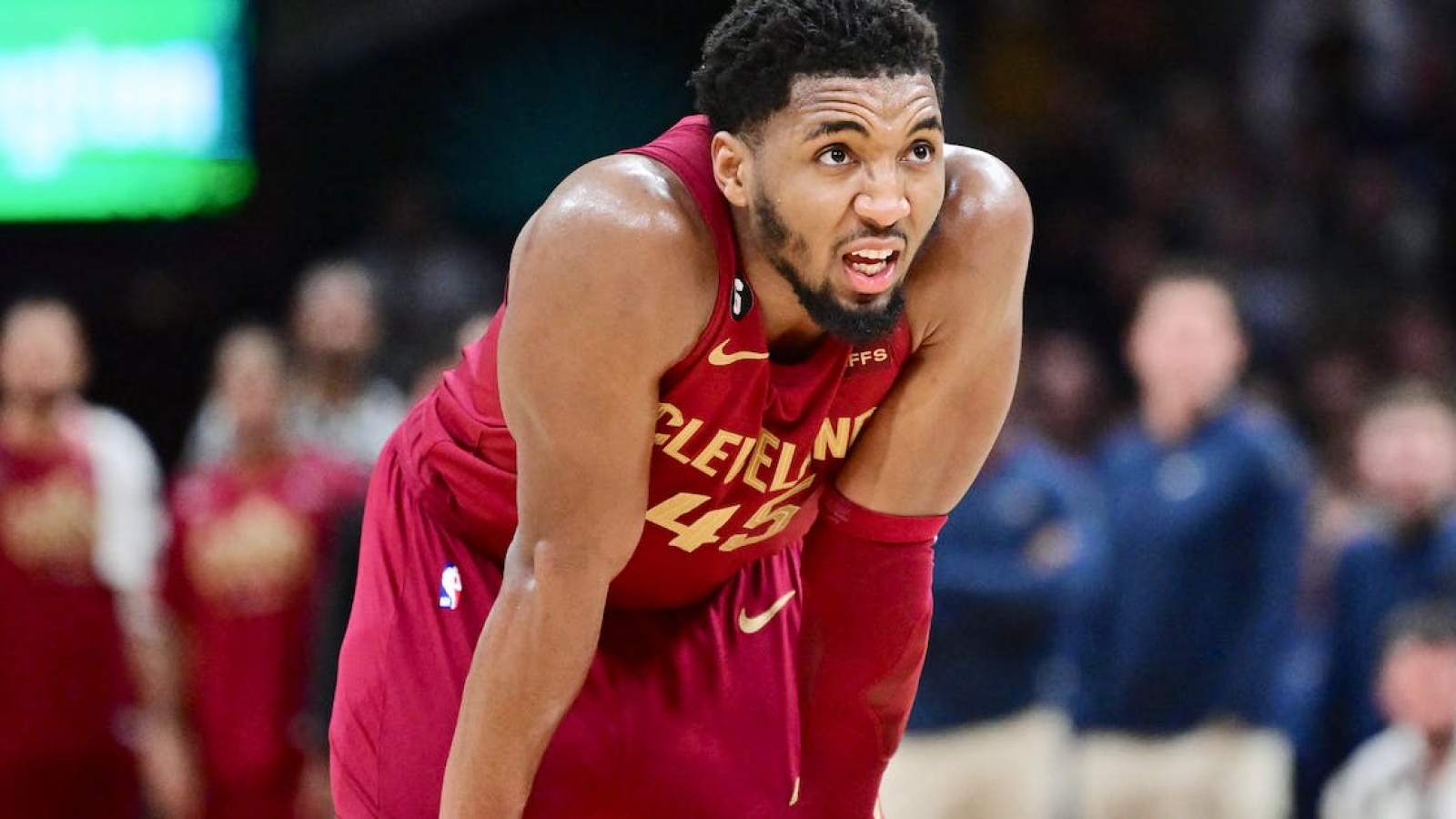 Donovan Mitchell scored a career-high 71 points, the NBA’s single-game best since Kobe Bryant’s 81-point performance in January 2006, and the Cleveland Cavaliers rallied past the visiting Chicago Bulls 145-134 in overtime on Monday.

Mitchell’s performance sets a Cavaliers franchise record, is tied for the eighth-most points in an NBA game and puts him in company with just five other players in NBA history to score 71 points or more in a contest: Bryant, Wilt Chamberlain, David Thompson, Elgin Baylor and David Robinson.

With the Cavaliers trailing 130-127 after a pair of Coby White free throws with 7.4 seconds remaining, Bulls guard Ayo Dosunmu sent Mitchell to the foul line. Mitchell made the first, then after intentionally missing the second, chased down the carom for a putback to force a 130-130 tie and send the game to the extra period.

Cleveland capitalized on the momentum in overtime, holding Chicago scoreless for the period’s first 3:55. DeMar DeRozan finally broke the dry spell with the final two of his 44 points, but the Cavaliers were in firm control at that juncture. DeRozan’s 44-point effort was his fourth game of 41 points or more this season. Zach LaVine added 26 points and Nikola Vucevic registered 20 points and 13 rebounds in the loss.

Klay Thompson poured in a season-high 54 points and Kevon Looney capped a 20-rebound night with a tip-in at the final buzzer as Golden State outlasted Atlanta in a double-overtime victory at San Francisco.

Thompson’s 54 points were the second most of his career. After a Trae Young floater tied the game with eight seconds left in the second extra session, the Warriors went to Thompson, who misfired on a straightaway 3-point attempt. Looney got a hand on the high carom, tapped it off the glass, then retrieved it himself to lay it in for a hoop that survived a video review.

Looney finished with 14 points to go with his game-high 20 rebounds, 10 of which came on the offensive end. In losing for the fourth consecutive time, four Hawks recorded double-doubles, led by Young’s 30 points and game-high 14 assists. Dejounte Murray added 25 points and 10 rebounds, while John Collins also had 25 points to go along with 13 boards.

Kyrie Irving scored 21 of his 27 points in the first half as Brooklyn took control early and easily extended the NBA’s longest winning streak to 12 games with a rout of visiting San Antonio.

Kevin Durant had 25 points and 11 assists for Brooklyn, which moved within two of matching the longest winning streak in team history.

Keldon Johnson scored 22 points as the Spurs lost for the seventh time in 10 games. Devin Vassell added 14 for San Antonio.

Lebron James scored 43 points and grabbed 11 rebounds as Los Angeles earned a victory in Charlotte, 10 days after losing at home to the Hornets.

Thomas Bryant had 18 points and 15 rebounds, while Dennis Schroder, who turned in some key baskets in the fourth quarter, and Austin Reaves both had 15 points for the Lakers.

Julius Randle led all players with 28 points and 16 rebounds and Jalen Brunson scored eight of his 24 points during a decisive second-quarter run as New York blasted visiting Phoenix for its second straight win.

Mitchell Robinson (10 points, 10 rebounds) also had a double-double for the Knicks, who led 23-11 after the first and mounted a 21-0 run in the second. New York’s Immanuel Quickley scored 15 points.

Deandre Ayton scored 12 points for the Suns, who have lost three straight and are 5-12 since Dec. 2. Chris Paul scored 11 points while Mikal Bridges, Damion Lee and Duane Washington Jr. finished with 10 points apiece.

Luka Doncic finished with a game-high 39 points and engineered an 18-point, second-half comeback that allowed Dallas to extend its winning streak to seven games with a victory at Houston.

Doncic missed 16 of 26 shots and 8 of 9 3-point attempts, but his lone trey came with 5:25 left and was part of a surge that supplied Dallas with the lead. Spencer Dinwiddie sealed it by sinking a 17-footer with 10.5 seconds left.

Tyler Herro contributed 23 points and seven rebounds as the Heat won for the fourth time in their past five games.

Paul George had 25 points, seven assists and three steals for the Clippers, who lost their third straight game. Los Angeles, which recovered from a 20-point, second-half deficit before wilting in the fourth quarter, was without Kawhi Leonard (non-COVID illness).

Anthony Edwards had 29 points and 10 rebounds and Jaden McDaniels scored 21 points to lead Minnesota past Denver in Minneapolis.

Kyle Anderson had 19 points and eight assists and Jaylen Nowell scored 17 for the Timberwolves, who snapped a six-game losing streak.

Nikola Jokic had 24 points and nine assists, while Aaron Gordon had 12 points and 16 rebounds for Denver. The Nuggets took just their second loss in nine games and their third in 13 games, a stretch dating back to Dec. 8.

Bennedict Mathurin scored 21 points off the bench, and Indiana defeated Toronto in Indianapolis.

Buddy Hield added 19 points, including two 3-pointers late in the fourth quarter, for the Pacers, who have won six of their past seven games.

Gary Trent Jr. had 32 points for the Raptors, who have dropped three of their past four games. Pascal Siakam scored 26 points, Scottie Barnes had 23 points and O.G. Anunoby scored 17.

Joel Embiid had 42 points and 11 rebounds to lift host Philadelphia past New Orleans.

James Harden added 27 points and eight assists, Georges Niang scored 15 points and Tyrese Maxey had 12 points in his second game back from a fractured left foot.

Zion Williamson led the Pelicans with 26 points, seven assists and six rebounds but left the game early in the second half with a strained right hamstring and was deemed out midway through the fourth. CJ McCollum added 26 points and Jonas Valanciunas contributed 12 points and 12 rebounds.

Jerami Grant poured in 36 points in 28 minutes against his former team, and host Portland rolled to a victory over Detroit.

Grant, who made 12 of 17 field goal attempts, was facing the Pistons for the first time since they traded him during the offseason. Anfernee Simons supplied 30 points, while Damian Lillard contributed 19 points and 10 assists.

Bojan Bogdanovic scored 21 points for the Pistons, who have alternated wins and losses over their past five games. Alec Burks had 19 points and Hamidou Diallo added 16.