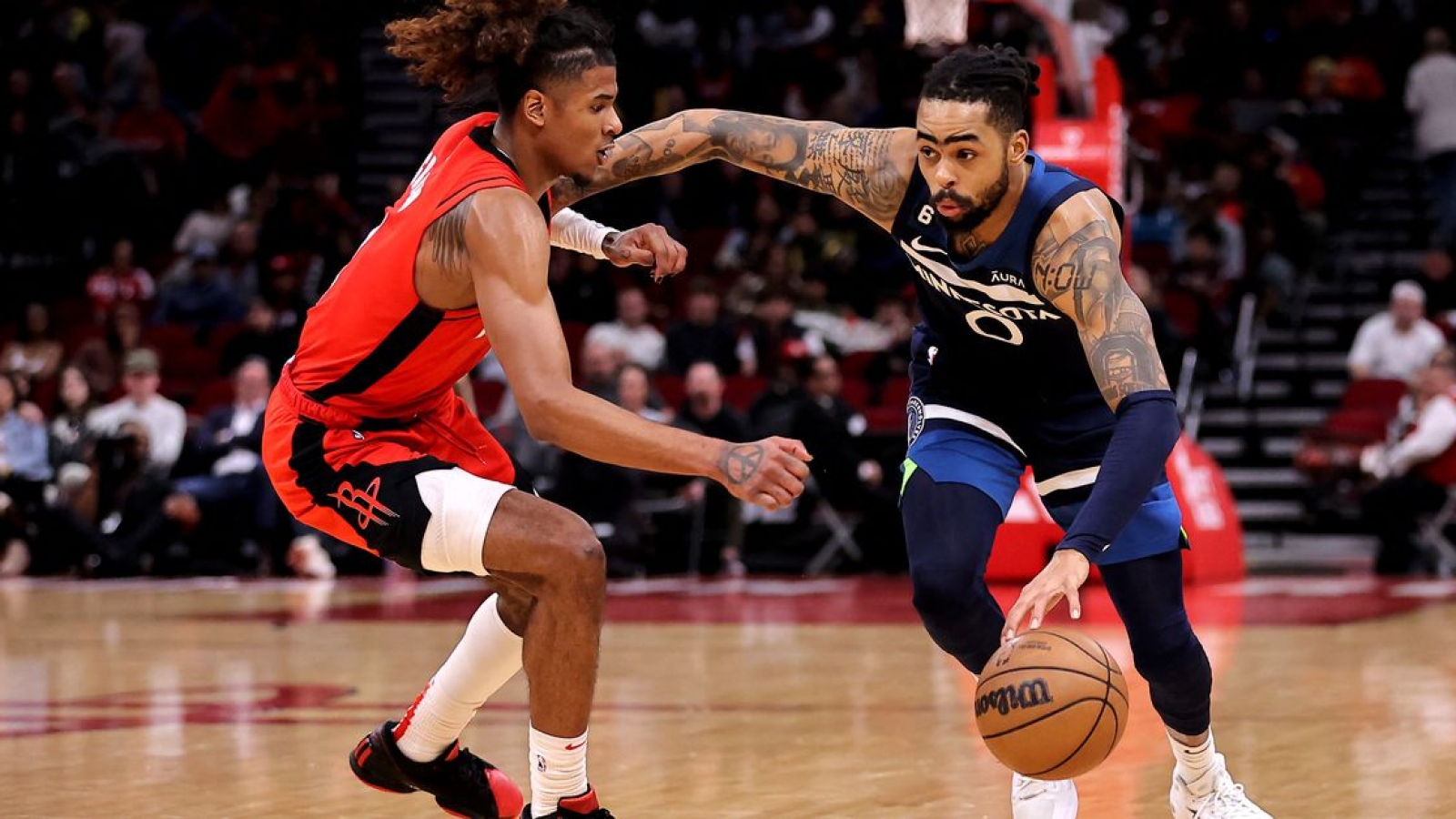 January 24 – Jalen Green scored 11 of his career-high 42 points in the fourth quarter and the Houston Rockets held on for a 119-114 home victory over the Minnesota Timberwolves on Monday, snapping a 13-game losing skid.

After missing 10 of 13 shots and committing six turnovers in a loss at Minnesota on Saturday, Green was electric down the stretch in the rematch. The Timberwolves trailed by 11 early in the fourth quarter, but Anthony Edwards pulled them within 100-99 on a 3-pointer with 5:06 left.

Green responded with a driving layup, a 3-pointer, an elbow jumper and a blocked shot in succession. He answered another Edwards trey with a 3-pointer of his own for a 112-103 lead with 41 seconds left. Green added a free throw with 10.7 seconds left.

Green shot 15 of 25 from the floor, including 6 of 12 from behind the arc. Alperen Sengun added 21 points, seven rebounds and seven assists as Houston ended a 10-game homecourt skid.

Milwaukee scored 49 points in the first quarter and reached a season high in points while overwhelming host Detroit.

Bojan Bogdanovic led the Pistons with 33 points. Rookie Jalen Duren supplied a career-best 23 points and 15 rebounds, and Saddiq Bey had 21 points. Bogdanovic scored 20 points in the third quarter, but Milwaukee was still up 115-92 when the period ended. The Bucks have won 16 of the past 17 regular-season meetings with Detroit, dating back to the 2018-19 season.

Damian Lillard recorded 37 points and 12 assists and moved into seventh place on the all-time 3-pointers list while leading Portland past visiting San Antonio.

Lillard’s seventh and final trey of the night was the 2,283rd of his career, moving him past Jason Terry. Lillard is just seven triples behind sixth-place Vince Carter. Anfernee Simons scored 26 points and Jusuf Nurkic added 25 points, 11 rebounds, seven assists and three steals as the Trail Blazers snapped a three-game losing streak.

Keldon Johnson scored 20 points and Jeremy Sochan had 18 for the Spurs, who lost for the 10th time in the past 12 games.

Domantas Sabonis recorded a triple-double and hist Sacramento took advantage of the absence of Ja Morant to pull away from Memphis.

In a matchup with defensive ace Jaren Jackson Jr., Sabonis recorded 14 points to complement game-highs in rebounds (10) and assists (11). His sixth triple-double of the season and second in the past three outings helped the Kings win for the seventh time in their last eight games.

Coming off three games — including consecutive losses — decided by a total of four points over the previous five days, the Grizzlies elected to give Morant a night off, citing a sore left ankle. Veteran Steven Adams also sat due to a sore right knee, leaving the Grizzlies short-handed as they attempted to end a two-game losing streak.

Paolo Banchero scored a team-high 23 points and Wendell Carter Jr. finished with 21 points and 11 rebounds to lead Orlando to a home victory over Boston.

It was the Magic’s third victory over the Celtics in four tries this season. It also ended Boston’s nine-game winning streak. Jayson Tatum and Jaylen Brown each scored 26 points for the Celtics, who committed 18 turnovers.

Orlando’s Jonathan Isaac, the No. 6 pick in the 2017 NBA Draft, returned to action after missing the 2020-21 and 2021-22 seasons due to a torn anterior cruciate ligament in his left knee. The injury occurred in 2020 against the Sacramento Kings during the NBA restart.

Chicago stretched its winning streak to three games, matching a season high, while sending the Hawks to their second straight defeat. The Bulls led by as many as 13 points and overcame their lowest-scoring first quarter of the season, 17 points.

Patrick Williams had a double-double of 18 points and 10 rebounds, while Alex Caruso (12 points) and Coby White (10) also finished in double figures for Chicago. Trae Young paced Atlanta with 21 points and 13 assists, joining Clint Capela (16 points, 12 rebounds) with a double-double.

Lauri Markkanen scored 25 points and grabbed 11 rebounds to lead Utah to a victory over Charlotte in Salt Lake City.

Jordan Clarkson added 18 points for Utah, which has won three of its past four. Mike Conley added 14 points, and Walker Kessler contributed 13 points and nine boards.