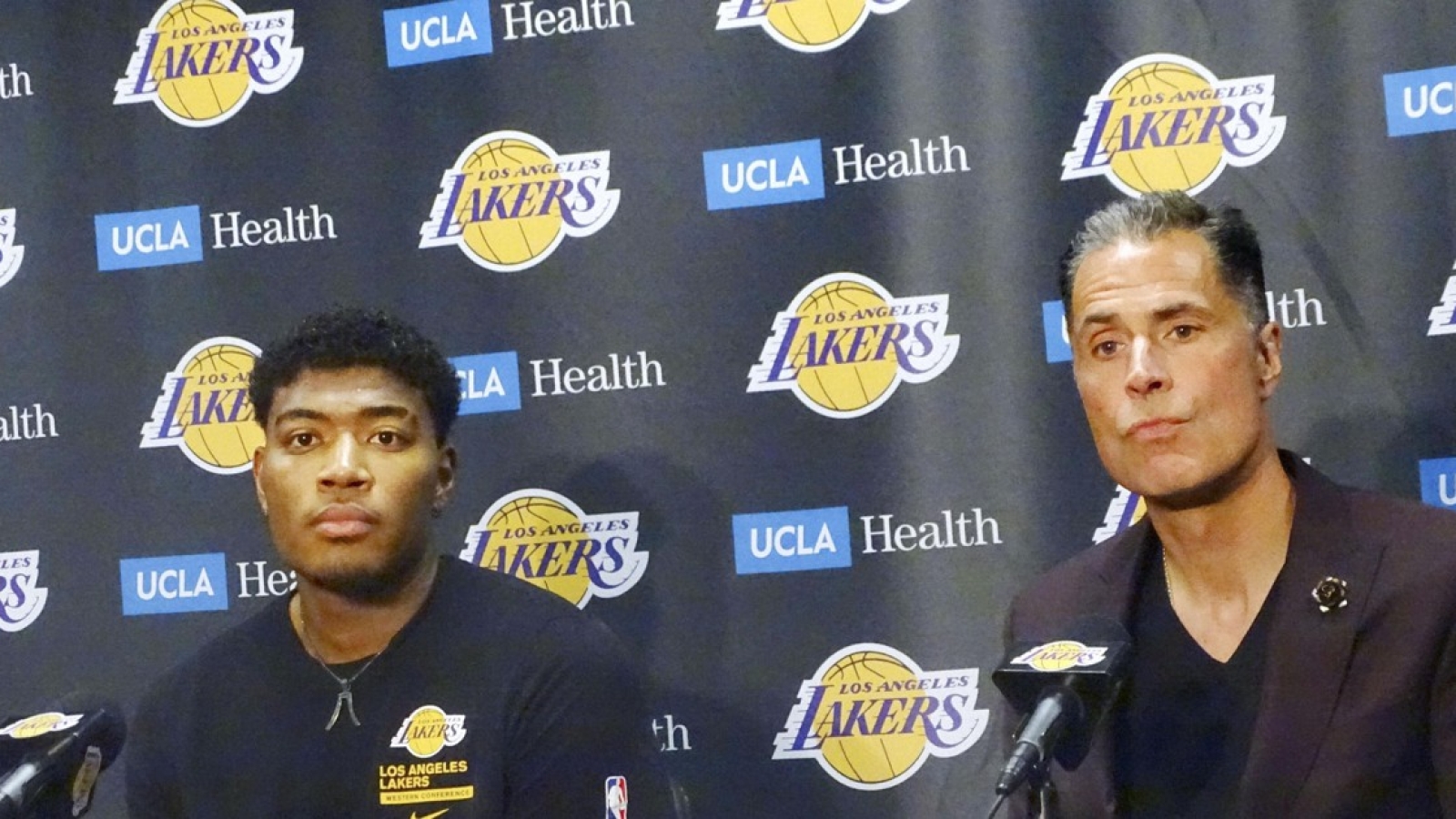 LOS ANGELES (Kyodo) — New Los Angeles Lakers acquisition Rui Hachimura on Tuesday expressed his delight at being traded to what he believes is “one of the greatest” NBA franchises.


“I will say the Lakers are one of the most famous teams in Japan,” the forward, who will wear No. 28, said in a press conference.


“I’m so excited for this opportunity…I’m so happy to be part of this family and part of L.A.”


Hachimura joins superstars LeBron James and Anthony Davis on a Lakers team that has struggled with injuries this season and is much in need of size.


The 24-year-old said he believes he can fit in well with James, one of the sport’s all-time greats, and fellow frontcourt player Davis.


“I can shoot the ball, threes and I can shoot midrange (and) I can attack the rim,” he said.


“Off the ball, I can cut, I can get rebounds and push the ball…I think it is going to be great (playing with them).”


The Lakers moved to a 22-win, 26-loss record after losing to the Los Angeles Clippers on Tuesday and sit 13th in the Western Conference standings.


Former Laker Kobe Bryant was one of Hachimura’s idols growing up, he said, and the reason he chose the No. 8 as his jersey number when he played for the Washington Wizards.


With the Lakers retiring Bryant’s No. 8 after he ended his career, Hachimura had to choose another number in Los Angeles.


At the time of Bryant’s shock death in a helicopter crash in January 2020, Hachimura expressed his sadness on Twitter, calling him “more than just a basketball player.”


“I was really shocked when I heard about it, I was lost for words. Kobe was a hero of mine…(but) I met him only once,” he posted in Japanese.


Hachimura in 2019 became the first Japanese to be selected in the first round of the NBA draft. He is in the final year of his four-year rookie contract, with the Lakers now holding the right to extend his deal next season.


Hachimura has averaged 13 points and 4.3 rebounds this season, with his minutes limited due to injuries and the Wizards having a number of quality options at the power forward position.


He said Tuesday that the Lakers just want him to take initiative when he gets on the court.


“They watched my game for a long time. They want me to be myself and be aggressive,” he said.