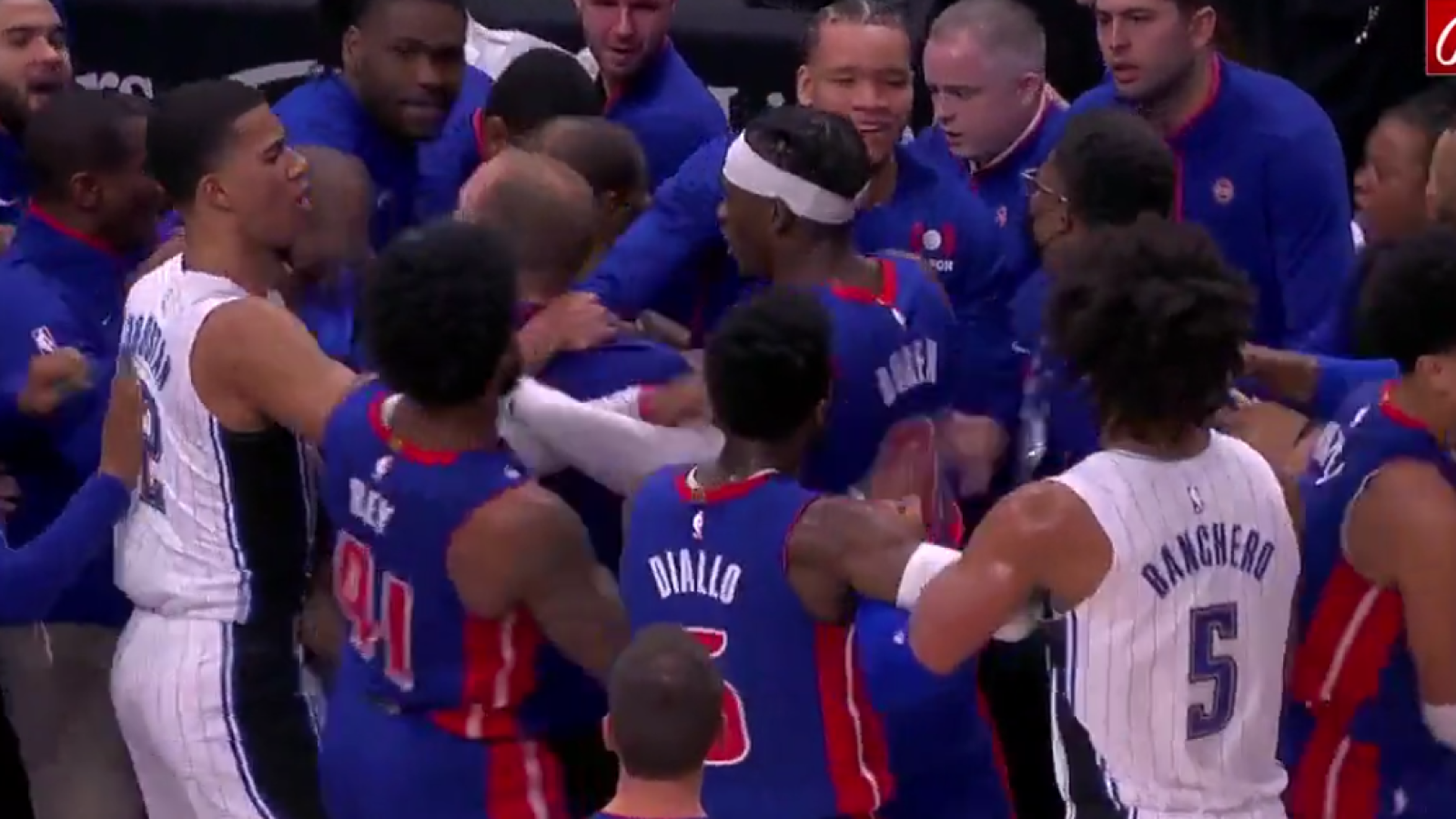 It was only a matter of time before the league handed out suspensions, and here we go.

Both Detroit Pistons‘ Killian Hayes and Orlando Magic‘s Moritz Wagner received multigame suspensions from the National Basketball Association (NBA) after they took part in a brawl during the Dec. 28 Pistons-Magic game.

NBA Executive Vice President Joe Dumars, who suited up for Detroit in his playing days, handed down a total of 11 suspensions, including eight to Magic players for running off the bench during the incident.

The eight Orlando Magic players who landed one-game suspensions are: Cole Anthony, R.J. Hampton, Gary Harris, Kevon Harris, Admiral Schofield, Franz Wagner, Mo Bamba and Wendell Carter Jr.. (How the hell are they supposed to play the next game with that?)

The following was released by the NBA. pic.twitter.com/QH6tSJI1l7

Here’s the replay of the incident:

Tempers flare in Detroit after an altercation between Moe Wagner and Killian Hayes.@OrlandoMagic | #MagicTogether pic.twitter.com/ig6lYrdju8

I know a few readers got mad at me for comparing this incident to the ‘Malice at the Palace,’ but I’m telling you, all it would have taken was one Detroit fan pissing off one of those several Magic players who ran off the bench (violating an NBA rule in the process that stemmed from “Malice at the Palace”) for all hell to break loose.

That’s all it takes sometimes, just one to spark up the powder keg and give us “Malice at the Palace” 2.0. I mean, after all, that’s exactly how the original happened when a Pistons fan threw a beer on Ron Artest (now known as Metta World Peace). (RELATED: Indiana Pacers’ Buddy Hield Wastes No Time Scoring The Fastest Three-Pointer In NBA History)

I don’t think it was a far stretch to compare it to “Malice,” but let’s just be lucky it didn’t get there.

That’s the last thing that the NBA needs.