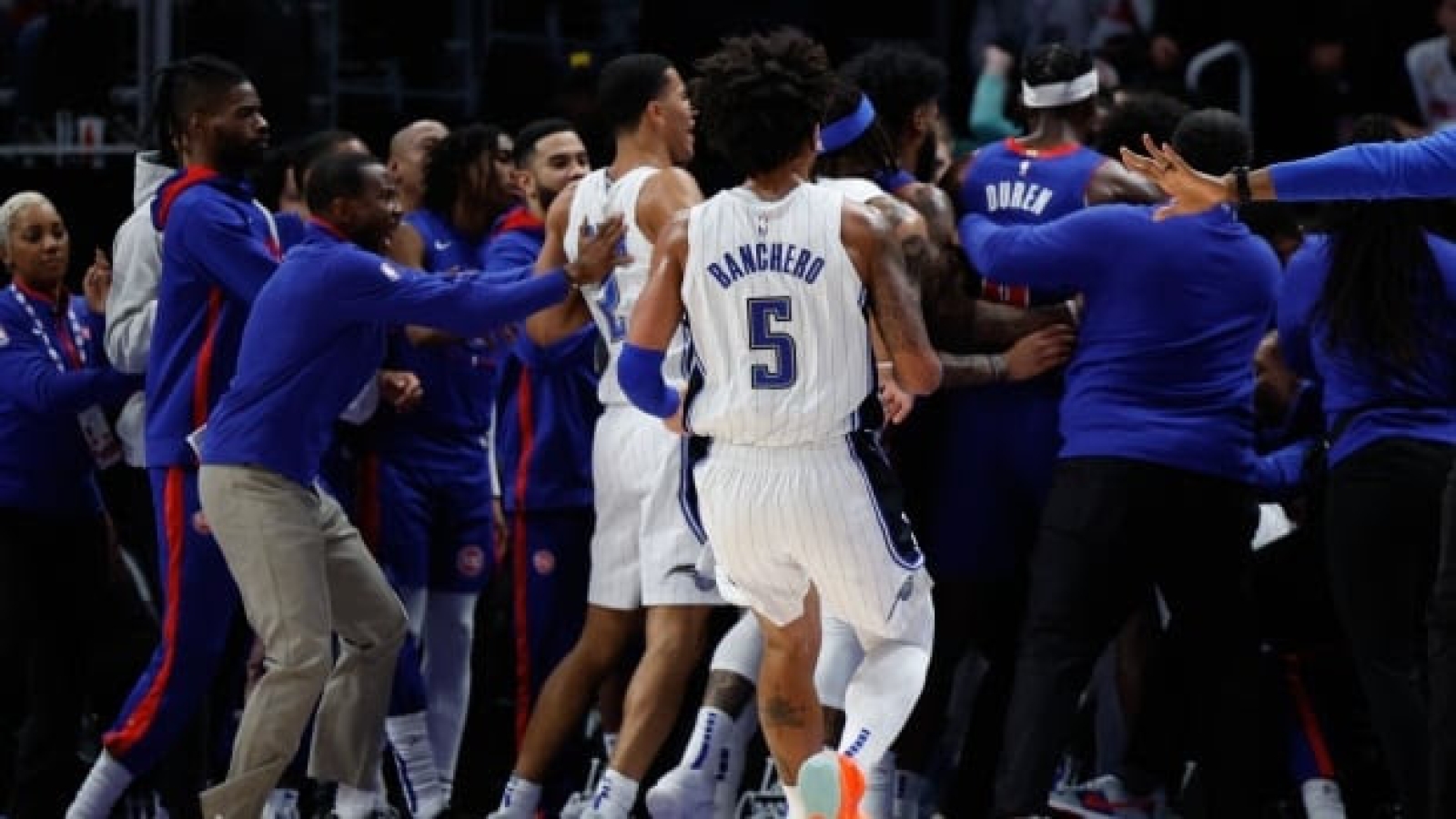 Pistons guard Hamidou Diallo has received a one-game suspension and eight Magic players will also serve suspensions of that length.

Wagner, Hayes and Diallo were all ejected after a matchup that fired up both benches in the second quarter of the Pistons’ 121-101 win over the Magic.

The Pistons were up by nine when the incident was sparked by Magic forward Wagner shoving Hayes off the court as he chased a fumble down the sideline.

Diallo ran in and shoved Wagner from behind, then Hayes hit Wagner in the back of the head, sending him into the Pistons’ bench.

Wagner’s two-game suspension will begin Friday when the Magic host the Washington Wizards at the Amway Center.

The one-game suspensions issued to all eight Magic players for leaving the bench area during an altercation will be served in a staggered manner to ensure, per league rule, Orlando has eight healthy players available to play in its next two games.