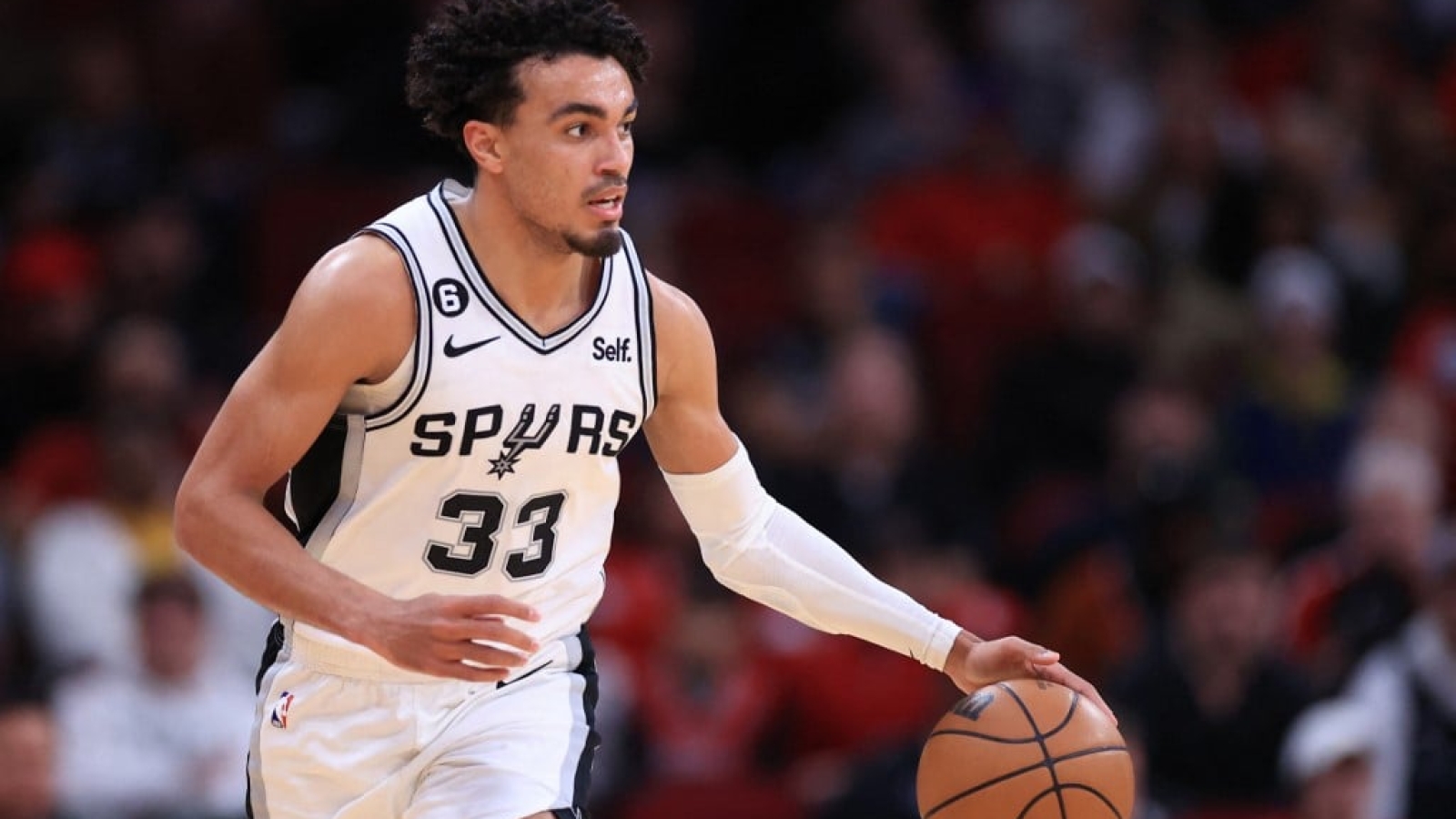 Tre Jones #33 of the San Antonio Spurs in action against the Houston Rockets at Toyota Center on December 19, 2022 in Houston, Texas.  Carmen Mandato/Getty Images/AFP

Devin Vassell scored 24 points and Tre Jones hit two shots in the lane in the final seconds to allow the San Antonio Spurs to outlast the visiting Utah Jazz and earn a 126-122 win on Monday to snap a two-game losing streak.

The Spurs held on down the stretch after blowing double-digit leads in their past three losses. On Monday, San Antonio was up by 20 points late in the third quarter and by 14 heading to the fourth.

The Jazz clawed to within 121-117 after a free throw by Jarred Vanderbilt with 1:23 to play. Jones hit a running floater in the lane with 34.7 seconds left that pushed San Antonio’s lead to six points.

Jordan Clarkson’s 3-pointer with 30.6 seconds remaining made it a one-possession game, but Jones hit another layup with the shot clock winding down. Vassell made a free throw with one second left to secure the win.

San Antonio has won five of its past nine games after an 11-game losing streak.

Lauri Markkanen led the Jazz with 32 points and 12 rebounds. Jordan Clarkson added 25 points, Mike Conley scored 17 and Malik Beasley and Collin Sexton each had 13 points in the loss.

The Spurs led by as many as nine points while dominating the first quarter and hitting 50 percent of their shots. Johnson had 11 points in the first quarter, after which San Antonio was up 31-26.

Two straight 3-pointers by Conley and another by Markkanen tied the game at 44-44 with 5:19 to play in the second quarter. San Antonio later took a 56-47 lead after a running layup by Johnson with 3:16 remaining, and two free throws by Vassell over the final 32.7 seconds allowed the Spurs to take a 63-56 advantage to the break.

Johnson led all scorers with 17 points before halftime while Branham added 12 for San Antonio. The Spurs outshot Utah 56.1 percent to 37.3 percent in the half and scored 38 points in the paint.

Markkanen and Conley paced the Jazz with 14 points apiece over the first two periods.

Don’t miss out on the latest news and information.

Denial of responsibility! Verve Times is an automatic aggregator of the all world’s media. In each content, the hyperlink to the primary source is specified. All trademarks belong to their rightful owners, all materials to their authors. If you are the owner of the content and do not want us to publish your materials, please contact us by email – [email protected]. The content will be deleted within 24 hours.