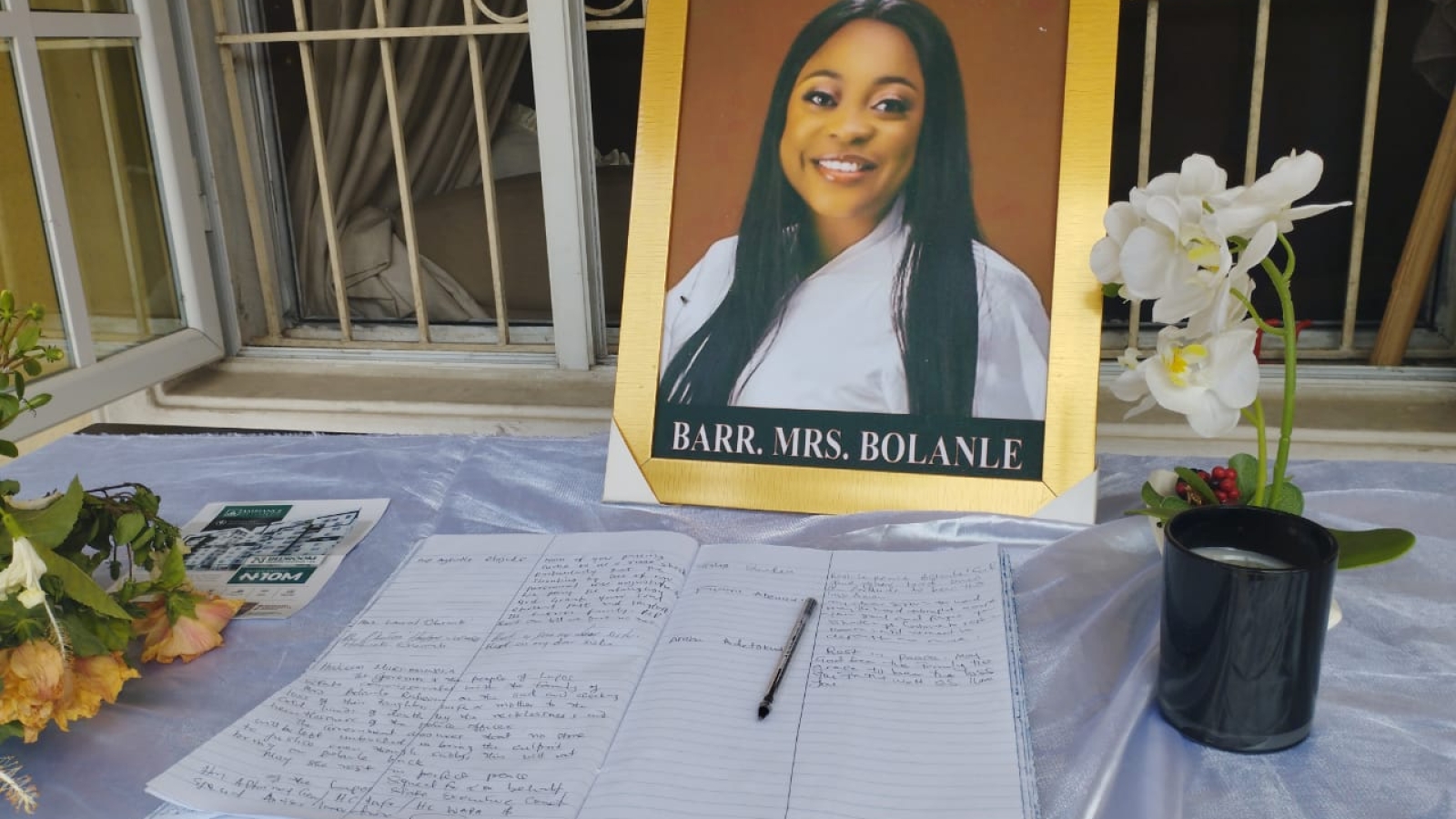 Ebun-Olu Adegboruwa, a lawyer and human rights activist, says the Nigerian Bar Association (NBA) will demand at least N5 billion in compensation for the family of Bolanle Raheem.

Raheem, a Lagos-based lawyer, was shot dead in an incident involving a police officer, now identified as Drambi Vandi, around the Ajah axis of Lagos state on Sunday.

The lawyer was said to be pregnant with twins at the time of her death.

In a statement on Thursday, Adegboruwa said he would be representing the NBA Lagos branch in court, adding that the association would demand monetary compensation from the Lagos government, the federal government and the police.

“The chairman of the Nigerian Bar Association, Lagos branch to which Raheem belongs, Mr. Ikechukwu Uwana, contacted Mr. Adegboruwa to lead the team of lawyers for the NBA that will monitor the trial of the killer cop,” the statement reads.

“The NBA Lagos in conjunction with the president of the Nigerian Bar Association, Mr. Y.C. Mikyau, SAN, has decided to be part of the prosecution of the policeman as part of its efforts towards securing quick and effective justice for the family of the deceased.

“In this regard, the NBA will be partnering with the ministry of justice during the trial. Mr. Adegboruwa has in turn obtained relevant briefing from the Hon attorney-general of Lagos state and has secured the assurances of an accelerated prosecution once the case file is received from the police.

“The NBA is also seeking monetary compensation for the family of Mrs Raheem from the government of Lagos state, the federal government and indeed the Nigeria police force and the Police Service Commission, through its human rights committee.

“The NBA will seek for payment of damages not less than five billion naira in addition to the prosecution of the killer cop.”

Adegboruwa urged Babajide Sanwo-Olu, Lagos governor, to replicate the model adopted during the EndSARS judicial panel to “pay compensation to the family of Mrs. Raheem immediately since it is an established fact that her life was terminated illegally by a policeman”.

The senior advocate also called for the immediate implementation of the EndSARS judicial panel report.