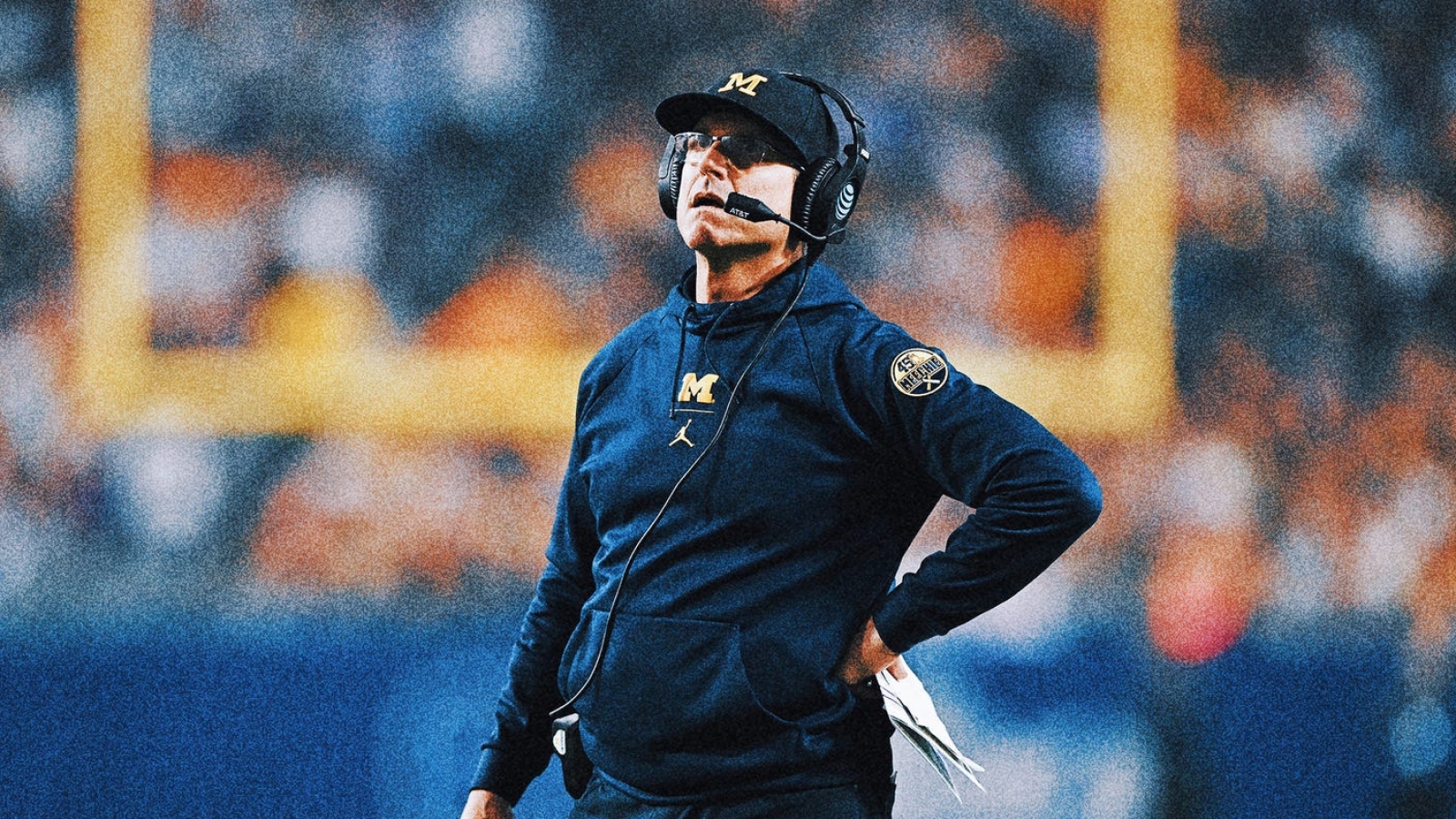 Michigan has received notice from the NCAA that it is looking into potential rules infractions in the Wolverines’ football program, the team announced Friday.

“We have cooperated and will continue to cooperate with this investigation,” Manuel said. “Out of respect to the NCAA’s enforcement process, we will not offer further comments.”

The investigation is believed to involve impermissible texts and calls — including some by coach Jim Harbaugh — to high school prospects during part of a pandemic-related dead period for contact with potential recruits, a person with knowledge of the situation told The Associated Press on Thursday.

Jim Harbaugh under investigation for alleged recruiting violations in 2020

The NCAA is investigating Michigan and Harbaugh for recruiting violations during the 2020 season. Colin Cowherd reacts to the news.

The NCAA was also looking at whether a member of Michigan’s off-field football staff violated rules by doing on-the-field coaching during practice, the person said, speaking on condition of anonymity because Michigan officials were not making details of the investigation public.

The announcement came a day after Harbaugh said he expects to coach at Michigan next season, posting a statement on the team’s social media accounts following reports of his interest in returning to the NFL.

“I am aware of the rumors and speculation over the past few days,” Harbaugh said. “College and NFL teams have great interest in all our personnel, from players to coaches to staff, and I truly believe that is a testament to the strength of our University of Michigan football program.”

Carolina Panthers owner David Tepper had a conversation with Harbaugh about the team’s head coaching position, according to a second person familiar with the situation who spoke to the AP on condition of anonymity Tuesday because the Panthers do not typically release details of their coaching search.

Harbaugh also has been mentioned as a possible candidate to coach in Denver and Indianapolis, one of four teams he played quarterback for in the league from 1987 to 2000.

“As I stated in December, while no one knows what the future holds, I expect that I will be enthusiastically coaching Michigan in 2023,” Harbaugh said. “I have spoken with president Santa Ono and athletic director Warde Manuel and appreciate their support of me and our program.”

Harbaugh coached the San Francisco 49ers from 2011-2014, winning two NFC West titles and reaching the NFC championship game three times in four seasons. He was 44-19-1 during that span and helped the 49ers get to the Super Bowl a decade ago, where they lost 34-31 to the Baltimore Ravens, led by his brother, John.

Jim Harbaugh left the 49ers after going 8-8 in 2014 — the only season the 49ers didn’t make the postseason under his direction — to take the job at Michigan.

The 59-year-old Harbaugh has a 74-25 record in eight seasons with the Wolverines, who were 13-0 this season before getting beat by TCU in a College Football Playoffs semifinal. Harbaugh also spent four seasons as head coach of Stanford and three more at San Diego.

Get more from College Football Follow your favorites to get information about games, news and more