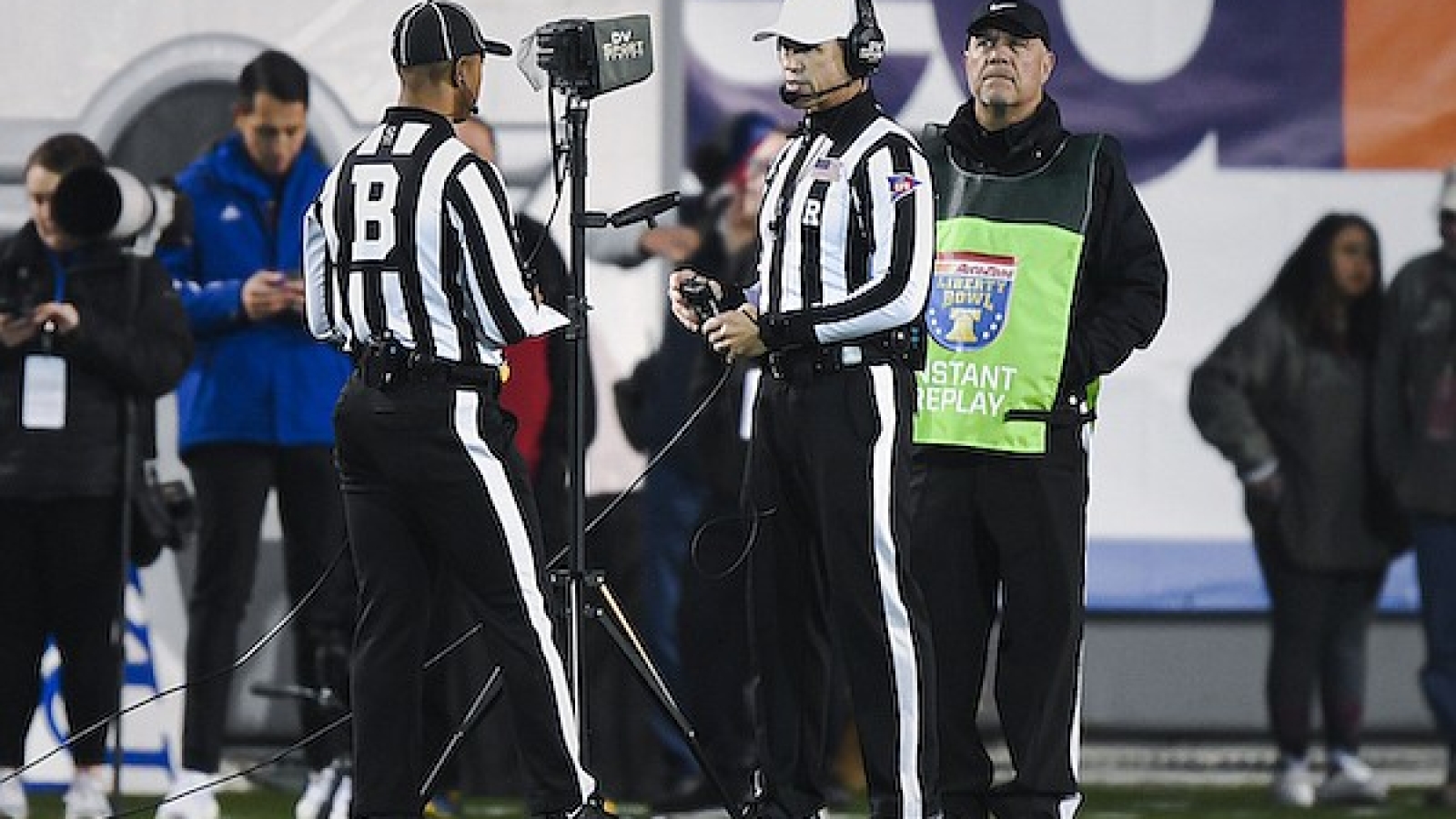 FAYETTEVILLE — The NCAA quickly reversed a targeting penalty against Arkansas cornerback Quincey McAdoo on Thursday, one day after the freshman was ejected in the second overtime of the Razorbacks’ 55-53 victory over Kansas at the Liberty Bowl.

In an email shared on social media by Arkansas athletics director Hunter Yurachek, NCAA coordinator of officials Steve Shaw wrote that McAdoo should not have been disqualified for his hit on Kansas quarterback Jalon Daniels at the goal line.

“Based on this review,” Shaw wrote, “it has been determined that the action by #24 (McAdoo) was not Targeting and the player should not have been disqualified.”

With Kansas trailing 53-51, Daniels was stopped short of the goal line by several Arkansas defenders. McAdoo’s hit appeared to be the one that caused Daniels to fumble on the play, and the Razorbacks’ bench momentarily poured onto the field to celebrate a game-winning play.

But the penalty allowed the Jayhawks a second attempt at a game-tying two-point try, which Kansas converted to send the game to a third overtime.

The Razorbacks converted a two-point conversion and the Jayhawks failed to convert in the third overtime to end the game.

By overturning the ruling by the Pac-12 officiating crew, Shaw also reinstated McAdoo for the first half of the 2023 season opener against Western Carolina at War Memorial Stadium in Little Rock. McAdoo would have had to have served a one-half suspension for the Sept. 2 game had the penalty been allowed to stand.

The Razorbacks requested the review through the SEC office. This is the first year of an appeals process that grants Shaw an opportunity to overturn egregious targeting suspensions based on video review. Shaw previously served as the SEC’s coordinator of officials.

McAdoo was the only Arkansas player to be flagged for targeting during the 2022 season. He had nine tackles and an interception against Kansas prior to his ejection.

The targeting penalty was one of two controversial replay reviews that went against the Razorbacks near the end of Wednesday’s game. A called fumble by Arkansas receiver Matt Landers was upheld via replay with 2:43 remaining, a pivotal decision that gave the Jayhawks possession with no timeouts left and trailing 38-23. Replay appeared to show Landers had possession of the ball when he landed on the ground.

Asked about the fumble replay after the game, Arkansas coach Sam Pittman said, “I saw it, but I like my money.”

Pittman was asked moments later about the targeting call.

Yurachek appeared to reference the calls in a tweet after the game.

“I will go on the record after tonight’s Liberty Bowl game that we have it pretty good when it comes to @SECOfficiating and our collaborative replay crew in Birmingham. Wow!” he wrote.

Pac-12 policy does not allow that conference office to comment on games that do not involve member teams.