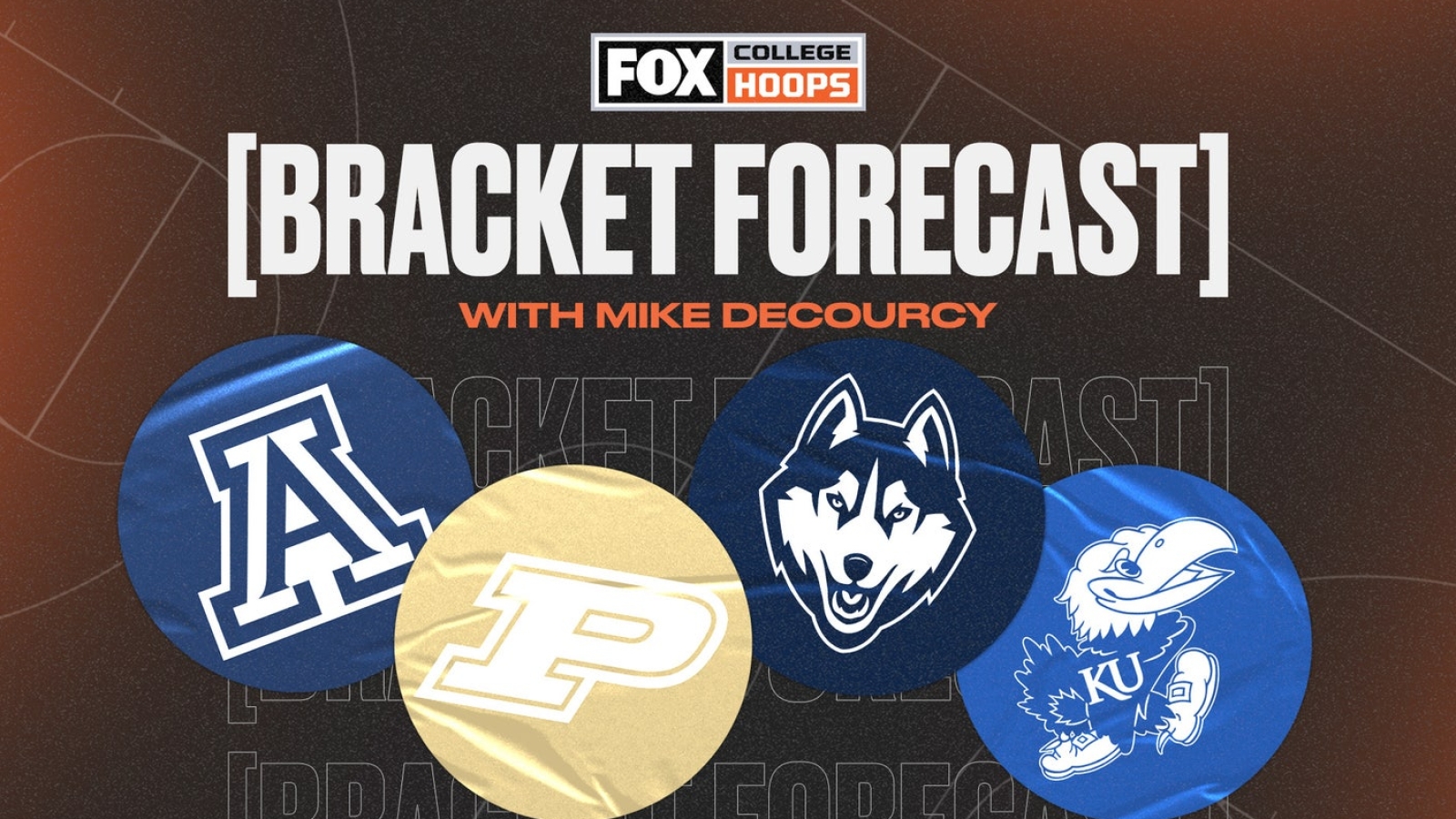 The latest men’s NCAA Tournament projections from FOX Sports bracket forecaster Mike DeCourcy are here, and the top four teams from projections earlier this week — UConn, Purdue, Arizona and Kansas — haven’t been knocked out of their places.

The same is true for projected two-seeds Alabama, Gonzaga, Tennessee and Houston. Elsewhere in the bracket, however, Virginia moved up from a No. 4 seed to a No. 3 seed, jumping ahead of Arkansas after the Razorbacks lost to LSU, 60-57, on Wednesday.

The Big Ten still leads all conferences with nine teams projected to punch their ticket to the tournament, followed by the Big 12 (eight), SEC (seven), ACC (six) and Pac-12 (four). The Big West entered the fray with UC Santa Barbara projected to be a 15-seed. UCSB is 10-2 to start the season.

DeCourcy projects the last four teams in will be LSU, Wake Forest, Utah State and the Utah Utes, and first four out will be Creighton, UNLV, Texas Tech and Providence. The next four out are USC, Pitt, OSU and NC State.