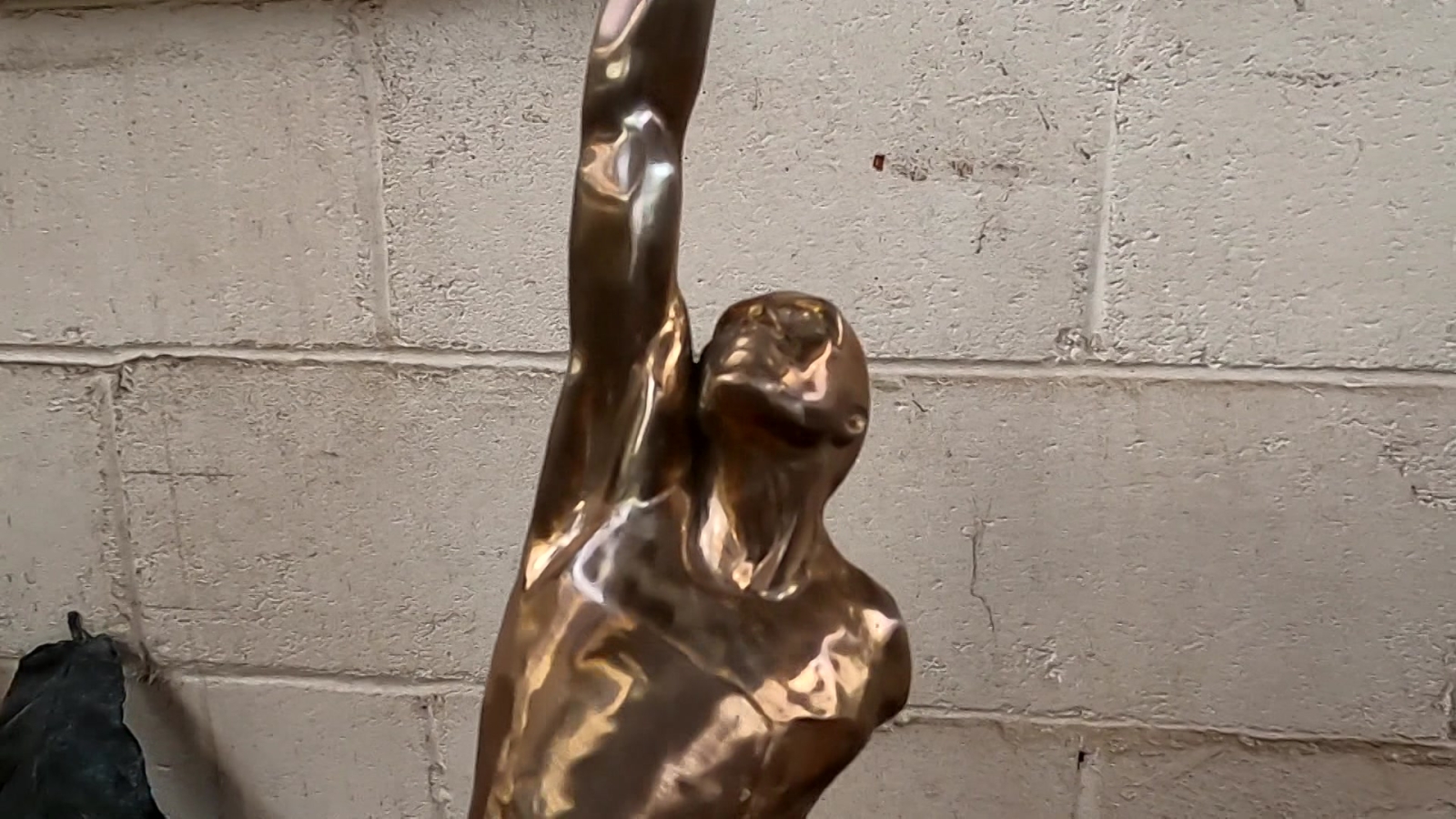 MILWAUKEE (CBS 58) — A new piece of NBA history has a connection to Milwaukee you might not expect. CBS 58 got a firsthand look at how the Michael Jordan trophy for the Kia NBA MVP award is being made right here in the Cream City.

“The is the Michael Jordan Most Valuable Player Award for the NBA,” said Mike Nolte, the foreman at Vanguard Sculpture Services.

He said he, along with his team, have been bringing artists’ work to life for four decades.

Nolte says the award, designed by Jordan brand designer Mark Smith, came to them as a 3D printed model of the original sculpture.

Smith says the figure isn’t supposed to be Jordan himself, so whoever wins the trophy can see themselves in the figure.

Nolte says Smith told him it does have some of Jordan’s character, however.

First, the sculpture is split into smaller parts.

Then molds of the pieces are made, and wax versions of the parts are made with those molds.

The wax pieces then have another cast made around them.

“So, I would take the wax and dip the wax into the liquid pottery, then I take it over here, I throw sand on it and set it on the shelf to let it dry,” said Nolte.

The cast is fired, and liquid bronze is poured in, burning away the wax.

“It’s the art moment,” said Nolte, describing the moment the super-heated metal is poured. “The art, the uncontrollable art moment when the metal changes from a liquid into a solid.”

The pieces are welded back together, and imperfections not close enough to the original concept are shaved down.

“There’s always some kind of metal casting defect that has to be repaired,” said Nolte.

Nolte says they’re making five of these trophies. He says Mark Smith will come to Milwaukee for the final part of the process, the patina, which gives it it’s final finish.

The league’s MVP will now be awarded The Michael Jordan Trophy, bearing the name of the NBA legend widely regarded as one of the greatest players of all time. During his career, Jordan was MVP five times. pic.twitter.com/cWvKXSeQxN

Nolte says if one of the Bucks, maybe Giannis, wins one of these trophies, it would be a big deal for them.

“If my hometown basketball team wins the award and it comes back to Milwaukee, that would be really special. I’d like that a lot,” said Nolte.

He says he would like to one day make a life-size version, but for now, Nolte says the crew at Vanguard Sculpture Services feels like they already won.

“The MVP award requires someone who is on a team to fully participate in that team. So that’s what we tried to do here,” said Nolte.