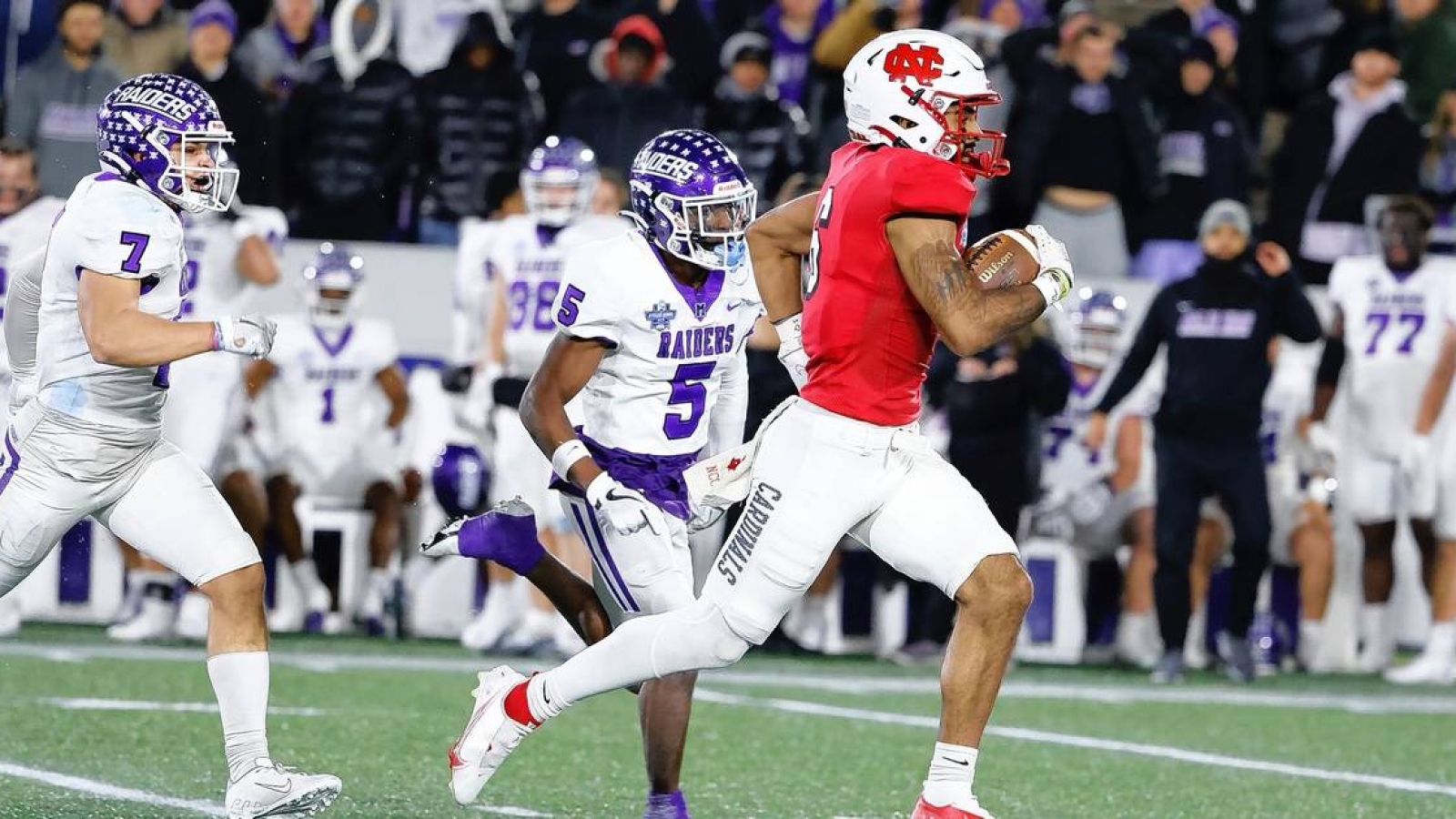 After a brief hiatus, the top prize in NCAA Division III football has returned to North Central College.

The No. 1-ranked Cardinals started strong and withstood a fourth-quarter rally to defeat No. 2-ranked Mount Union of Alliance, Ohio, 28-21 to win the Stagg Bowl at Navy-Marine Corps Stadium in Annapolis, Maryland.

It was North Central’s second NCAA D-III national title in the last four years. The Cardinals won the 2019 crown and lost in the Stagg Bowl last season.

And the Cardinals finished off a perfect 15-0 season for rookie coach Brad Spencer, who had been a longtime assistant in the program and was a record-setting wide receiver at the Naperville school.

“It’s unbelievable,” Spencer said. “I’m so proud of my staff and players. I just didn’t want to mess it up as a first-year coach.”

In a meeting of North Central’s top-ranked offense against Mount Union’s top-ranked defense, it was the Cardinals who established dominance early, jumping out to a 14-0 lead at halftime and later upping their cushion to 21-0 early in the fourth quarter.

But Mount Union, which featured the nation’s leading passer and leading points scorer, scored a pair of touchdowns in less than a 6-minute span in the fourth to close the gap to 21-14 with 3:34 to play.

North Central responded when sophomore quarterback Luke Lehnen, a graduate of Chicago’s Glenwood High School, connected with junior DeAngelo Hardy, a graduate of Lake Villa’s Lakes High School, on a 3-yard touchdown pass with 1:24 to play that put the Cardinals up 28-14.

The Purple Raiders then cut the score to the final 28-21 margin with 30 seconds to play in regulation, but they failed to convert the ensuing onside kick. A Lehnen kneel-down ran out the clock and sealed the national title.

“We’re trying to be the best,” he stated. “And in order to get there you have to beat the best. Beating Mount Union is a step in that direction.”

The Cardinals ran for 233 yards (5.97 per carry) with Lakes High School product Ethan Greenfield racking up 119 yards on 25 carries and 1 TD, which put the leading active rusher in all of college football at 1,997 yards and 26 touchdowns for the year and 6,679 yards for his outstanding four-year career at the Naperville school.

Greenfield, who led the nation in rushing the last three seasons, also Friday was named the winner of the prestigious Gagliardi Trophy, regarded as the premier Division III football individual award.

Lehnen completed 4 passes for 141 yards and 3 touchdowns and also ran 10 times for 98 yards. Lehnen connected with Greenfield on a 34-yard touchdown pass with 11:32 left in the first quarter and hit Hardy with a 94-yard strike with 6:18 to play in the second quarter that put North Central up 14-0.

Hardy caught 3 passes for 107 yards and 2 scores to finish with 20 receiving TDs on the season. The 94-yard TD is the longest in program history. Lehnen finished the season with 38 touchdown passes.

North Central’s defense, which came into the game allowing a Division III-best 5.6 points per game, limited Mount Union to 60 rushing yards (minus-17 in the first half) on 35 carries, registered 8 tackles for loss and 3 quarterback sacks.

• The Associated Press contributed to this report.