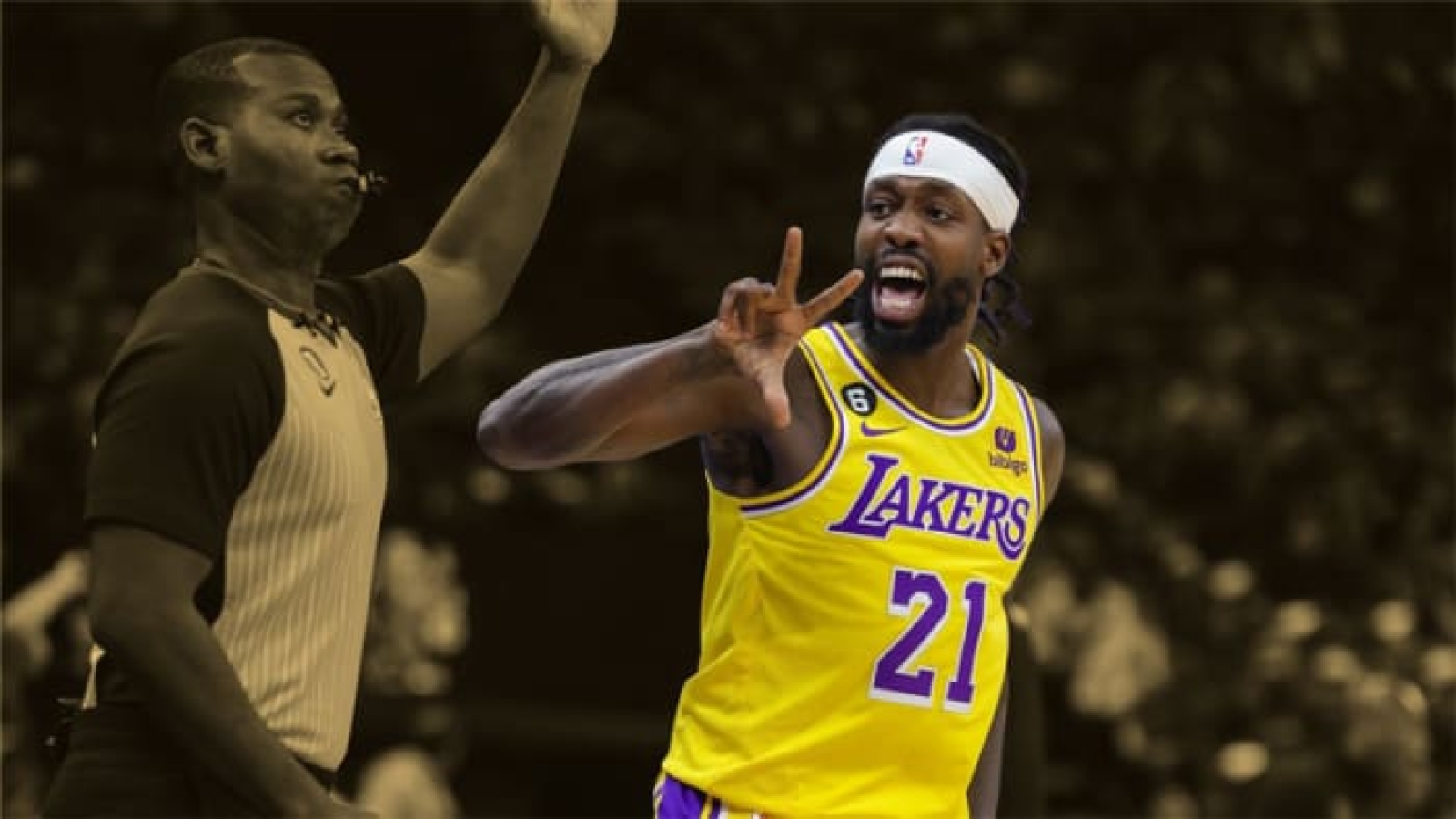 Reaching the pinnacle of professional sport in any discipline is incredibly difficult, and making an NBA roster from a numbers standpoint is near impossible. Even the 15th man on the roster is a better basketball player than most of us ever played with or against. And Patrick Beverley is here to remind us of that.

The NBA is an exclusive club

Not only is it unimaginably challenging to play professional basketball in any country, but playing in the Association is at another level.

Just being in the NBA for a decade is a tremendous achievement. Playing regular minutes? You’re at the very top.

Pat Bev was blown away by the numbers

On a recent episode of his podcast, Los Angeles Lakers guard Patrick Beverley put into context how extraordinary it is to have played in the league by sharing an eye-opening stat he came across.

“I heard a stat that was crazy, and it was only 3,400 people have played in the NBA, and only 1,300 of them are alive. And that’s counting guys who only played like 1 game. There are 8 billion people on earth,” Beverley said.

His journey is an example

If there is anyone that understands the opportunity scarcity of the NBA it’s Beverley, who had to scratch and claw his way into the league via the overseas route. The 34-year-old was taken with the 42nd pick by the Lakers in 2009 but only logged his first genuine pro minutes in Europe for Ukrainian SuperLeague outfit BC Dnipro.

Following his single season in Ukraine, the point guard signed for Greek giant Olympiacos, and then Russian powerhouse Spartak St. Petersburg where he spent the 2011-2012 campaign.

Fortunately for him, the Houston Rockets came calling that summer, and Beverley made the 15-man roster to begin the season. At this point, there was still no guarantee the Chicago native would remain long-term, but his defensive tenacity was welcomed in a back-court that consisted of Aaron Brooks, Jeremy Lin, and James Harden.

Beverley’s aptitude as a defender earned him meaningful minutes early on and saw him grow into a key rotational piece for an aspiring Rockets team that identified Harden as their franchise player for the foreseeable future.

The need to surround Harden with complimentary skillsets was paramount for the organization, and Beverley’s ability on that end of the floor cemented his value around the league.

His most productive years followed after being traded to the L.A. Clippers in 2017, where he shone as an overachiever in California. Now, he finds himself suiting up for cross-town rival Lakers in the hopes of making a championship run.

It’s clear that Beverley is sincere in his appreciation for being a part of a league that very few people on the globe get the privilege of being connected to.