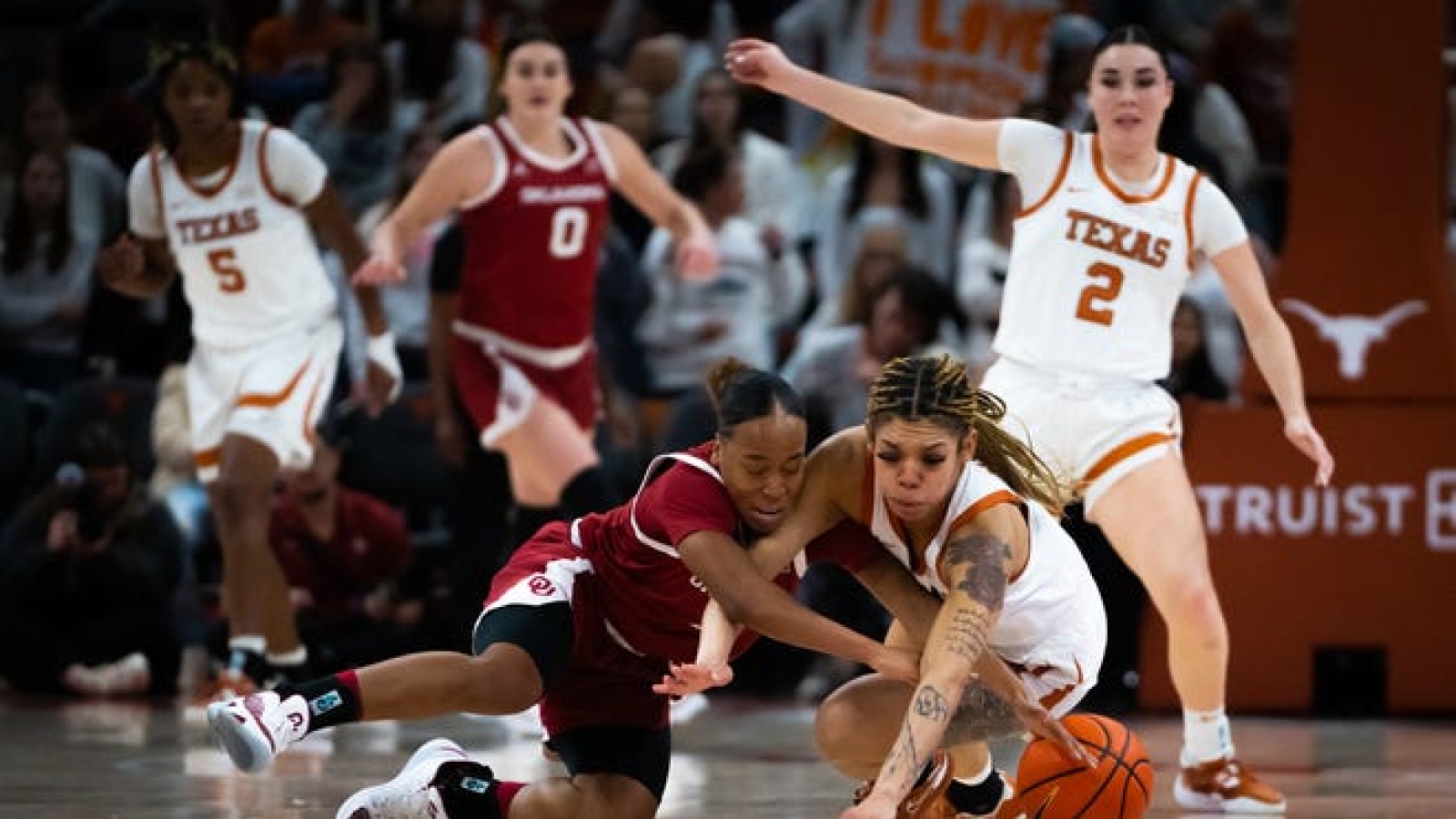 AUSTIN, Texas — Taylor Robertson will have to wait at least one more game to have sole possession of the NCAA career 3-point record.

The OU senior sharpshooter made two 3-pointers in the first half Wednesday night at Moody Center to tie the record of 497 set by Ohio State’s Kelsey Mitchell. But that was about as good as things got for the Sooners against Texas.

DeYona Gaston scored 19 points and Texas routed No. 14 Oklahoma 78-58 on Wednesday night as the Sooners went 1-for-17 shooting in the third quarter and missed 17 straight shots in the second half.

Taylor Jones scored 16 points and Shaylee Gonzales 12 with seven assists, six rebounds and four steals for the Longhorns (15-6, 6-2 Big 12 Conference), who joined Oklahoma and No. 18 Iowa State on top of the league standings.

Skylar Vann scored 13 points for Oklahoma, which shot 46% and had 24 turnovers.

More:OU basketball’s Taylor Robertson ‘ready to get’ NCAA 3-point record chase ‘over with’

It was the worst offensive game of the season for the Sooners (16-3, 6-2), who had their five-game winning streak snapped. They entered averaging 87.3 points a game. Oklahoma’s previous low was 69 points in a win.

Texas hit its first eight shots to jump to a 17-7 lead but the Sooners stormed back and got a 3-pointer at the buzzer from Kennedy Tucker to tie the game at 20 after one quarter. Oklahoma was 8 of 16 and Texas 9 of 12. Both teams had five turnovers.

Gaston scored the first seven points of the second quarter for Texas. Nevaeh Tot hit a 3-pointer and Robertson followed with a layup and the Sooners tied the game again at 33 but Gaston scored again and the Longhorns took a 40-36 lead at the half.

Oklahoma trailed 43-40 when Madi Williams made the Sooners’ only basket of the third quarter. When Liz Scott made the next OU bucket at 6:04 of the fourth quarter, Texas led 63-44.

Robertson finished with eight points on 3-for-6 shooting.

The Sooners play at Iowa State and Oklahoma State is at Texas, both on Saturday.