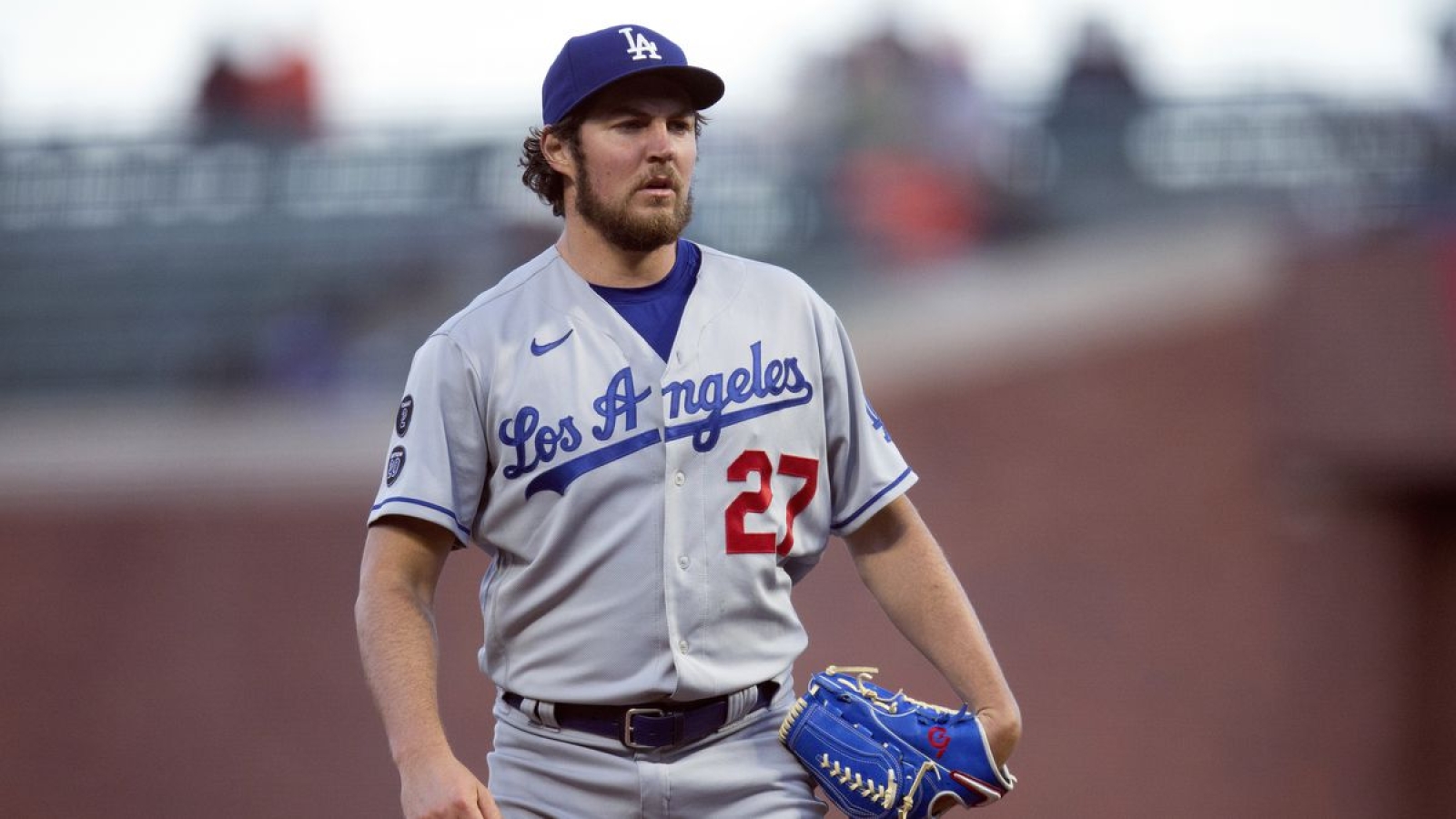 NEW YORK — Trevor Bauer was reinstated Thursday by Major League Baseball’s independent arbitrator, allowing the pitcher to resume his career at the start of the 2023 season.

The Dodgers pitcher, 31, was given an unprecedented two-season suspension without pay by commissioner Rob Manfred on April 29 for violating the league’s domestic violence and sexual assault policy after a San Diego woman said Bauer beat and sexually abused her last year, an accusation the pitcher denied.

The players association filed a grievance on Bauer’s behalf, and a three-person panel headed by independent arbitrator Martin Scheinman started hearing the case May 23.

Scheinman upheld a 194-game suspension rather than Manfred’s intended 324-game penalty but reinstated Bauer immediately, effectively assigning 50 games to cover part of the lengthy time Bauer was put on administrative leave while MLB investigated during the 2021 season and early this year.

“Can’t wait to see y’all out at a stadium soon!” Bauer wrote on Twitter.

Bauer will lose more than $37 million in salary for the final 144 games of last season and for the first 50 games of next season, through May 23. The lost salary next year is effectively a clawback from part of his administrative leave, when he continued to receive pay.

“While we believe a longer suspension was warranted, MLB will abide by the neutral arbitrator’s decision, which upholds baseball’s longest-ever active player suspension for sexual assault or domestic violence,” MLB said in a statement. “We understand this process was difficult for the witnesses involved, and we thank them for their participation.”

Though Scheinman issued his award to the parties, a full written decision was not expected until later. The panel included MLB deputy commissioner Dan Halem and union assistant general counsel Bob Lenaghan.

The players association declined to comment on Scheinman’s decision to the Associated Press.

Bauer was never charged with a crime. His accuser sought but was denied a restraining order against him, and Los Angeles prosecutors said in February there was insufficient evidence to prove the woman’s accusations beyond a reasonable doubt.

Bauer, who hasn’t played since the allegations surfaced and MLB began investigating, repeatedly has said that everything that happened between him and the woman was consensual.

Columnist John Romano will send the latest Rays insights and analysis to keep you updated weekly during the season.

You’re all signed up!

Want more of our free, weekly newsletters in your inbox? Let’s get started.

Explore all your options

The pitcher has said the two engaged in rough sex at his Pasadena, California, home at her suggestion and followed guidelines they agreed to in advance.

Bauer has said in a past statement sent through his representatives that he had a “casual and wholly consensual sexual relationship from 2013-2018″ with the woman, which began when he was pitching for the Triple-A team in Columbus.

“None of our meetings ever involved a single nonconsensual, let alone illegal, act,” Bauer said.

Under Major League Rule 2, Bauer will not count against the Dodgers’ player limits for 14 days, giving the team until Jan. 6 to decide whether to cut ties with him. If the Dodgers jettison Bauer, they would remain responsible for the roughly $22.6 million he is owed next season and he would be free to sign with any club.

“We have just been informed of the arbitrator’s ruling and will comment as soon as practical,” the Dodgers said in a statement.

Bauer was placed on administrative leave July 2, 2021, under the domestic violence policy, a leave extended 13 times.

Bauer’s suspension was the longest of any MLB player since pitcher Jenrry Mejia was given a lifetime ban in 2016 for a third violation of the drug agreement. Mejia was reinstated for 2019 and returned in the minor leagues.

Sign up for the Rays Report weekly newsletter to get fresh perspectives on the Tampa Bay Rays and the rest of the majors from sports columnist John Romano.

Never miss out on the latest with the Bucs, Rays, Lightning, Florida college sports and more. Follow our Tampa Bay Times sports team on Twitter and Facebook.