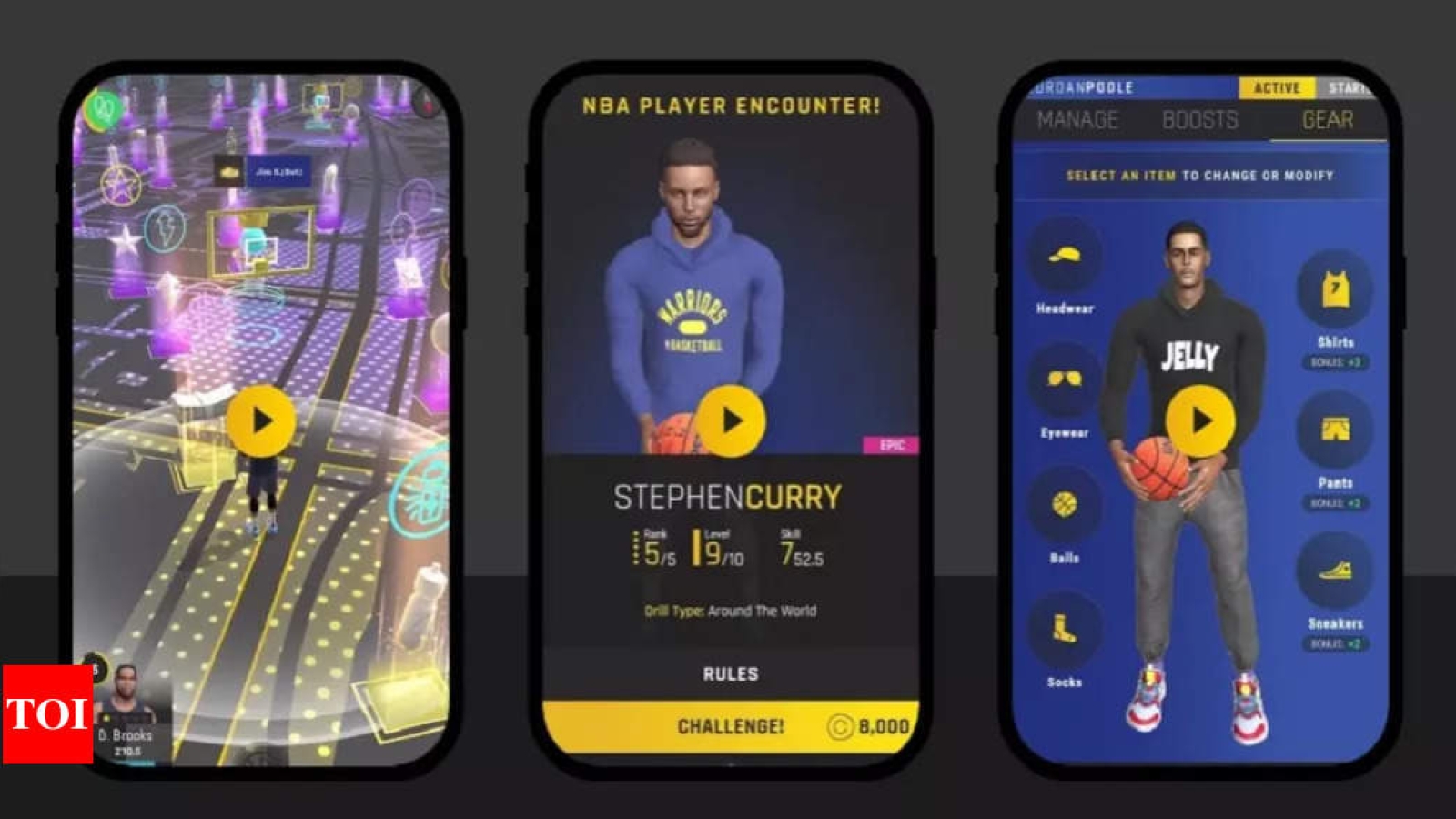 Niantic, in partnership with National Basketball Association (NBA) and National Basketball Players Association (NBPA), has released a free-to-play mobile game called ‘NBA All-World.’ Similar to Niantic’s megahit Pokemon GO, this basketball title is yet another Augmented Reality (AR) game.
This official NBA game involves users encountering and competing against the current crop of real-life NBA players. Users can also recruit NBA stars to their teams. The AR game is available on both Android and iOS via Play Store and App Store, respectively.

NBA All-World features: 1v1 tournaments, squad customisation, and more
The new NBA game “brings the world of the NBA to neighbourhoods around the world.” Users can physically move and explore their surroundings to come across NBA players in this AR game. Going up against these athletes provides the players with ‘Cred,’ an in-game currency.
Once recruited, these players can be upgraded to enhance their abilities using Offense, Defense, and Fitness Boosts. A well-upgraded squad helps users when they partake in 1v1 tournaments that are worth certain exclusive in-game items. Besides competing in these matches, users can also chat with other players.

In addition to that, NBA All-Word will also introduce users to the real-world locations of the current NBA roster. Users can play on over 100,000 real-world basketball courts and get their name on the leaderboard in ‘Rule the Court’ mode.
Users can customize the players on their squad with gear, including sneakers and other accessories. Special rare gear, from popular brands, can be obtained from ‘Drop Zones.’
Speaking about the game, Niantic CEO John Hanke said, “Our version of an NBA basketball game starts with exciting one-on-one gameplay and expands from there to include the major elements of basketball culture, including music, fashion, sneakers and more, all of which are integrated into real-world locations.”
NBA All-World rolls out with an accompanying documentary featuring NBA stars
Alongside the game’s launch, a documentary series titled ‘Where I’m From’ has also been released. This series includes a star-studded cast of NBA athletes, such as Jalen Green, Jordan Poole, Andrew Wiggins, Karl-Anthony Towns, and more.