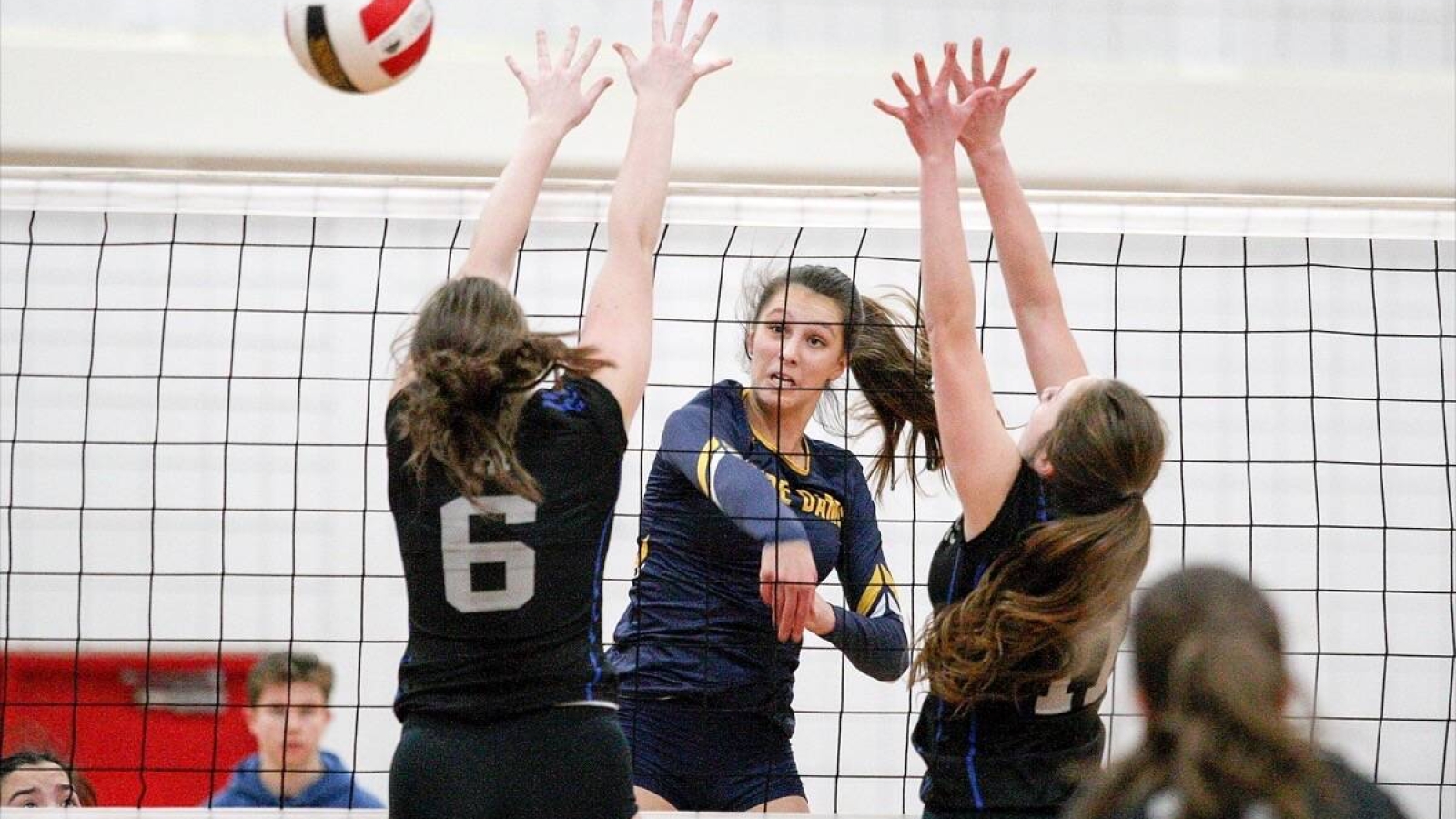 Suffering a major injury as an athlete can be draining.

But it can also lead to some of the best redemption stories in sports.

For the first time since her Grade 11 year at Ecole Secondaire Notre Dame High School playing for the Cougars in Red Deer, she stepped on the volleyball court for her first game action as an NCAA Division I athlete this season.

It was a long road after she tore her ACL and meniscus while at Volleyball Canada’s National Excellence Program in B.C. in her pandemic-shortened Grade 12 season in 2020.

On the third day of a four-month program that is designed to help prepare athletes to perform at a high level for the women’s national team and in professional volleyball, Woroniuk’s season came to a halt.

But two years later she made the return to the game she loved in 2022 at the highest collegiate level in the NCAA for the University of Albany in New York.

“I hadn’t really played an actual volleyball game since before COVID-19,” she said. ” I was very excited to return. Obviously, my nerves were all over the place when I had first stepped onto the court but I’m just so happy to be back.”

While in high school Woroniuk had dreams of playing volleyball at the next level but after her injury the young woman was worried.

Would she still get any offers from colleges?

Suddenly schools that wanted her to have a major role in the starting lineup didn’t want to have to wait a year for her to rehabilitate and they began looking elsewhere.

The University of Albany was still interested in her abilities and offered her a full-ride scholarship to play for them.

With plenty of rehabilitation in Woroniuk’s future, Albany took a chance on her and helped her get back to full health.

“It was such a blessing. They said, ‘We’ll make it work. We have trainers here who will help you return to play.’ I was very thankful for that… It’s also very hard to pass up a full ride for a free education so that was definitely a huge draw,” she said.

In her first year the team ‘red shirted’ her, which means they kept her out of competition for a year while they developed her skills.

“I learned a lot [during that time]. I was able to get my feet underneath me. I learned about time management, and more responsibility,” she said.

This season the outside hitter made her collegiate debut in her freshman year contributing 102 kills in 17 matches played. On the defensive end, she added 26 digs. A stress fracture in her leg sidelined her for a month but she was able to play in the majority of their games despite missing the playoffs.

“I was pretty happy with my role,” she said. “We had a very new team coming in and we only returned seven out of 21 players from last year. It was definitely a bit of a rebuilding year.”

“[This season] was really about regaining confidence in volleyball and just getting back into the rhythm of things. Also getting confidence back in my knee and being able to push off of it.”

She was also picked by her coaches and teammates to be team captain this season, which was an honour. With that came more responsibility.

“Your teammates are looking for you for leadership and support. It was just a lot more responsibility than I had last year, especially as a red-shirt freshman,” Woroniuk said.

The commitment to play in the NCAA she explained is not for everyone and Woroniuk has seen teammates take a step back because it became too much. However, she couldn’t see herself doing anything else.

“The life of a university student is busy as it is but adding that sports concept into it can be so rigorous. I absolutely love it and I have goals to continue playing volleyball passed the university level,” she added.