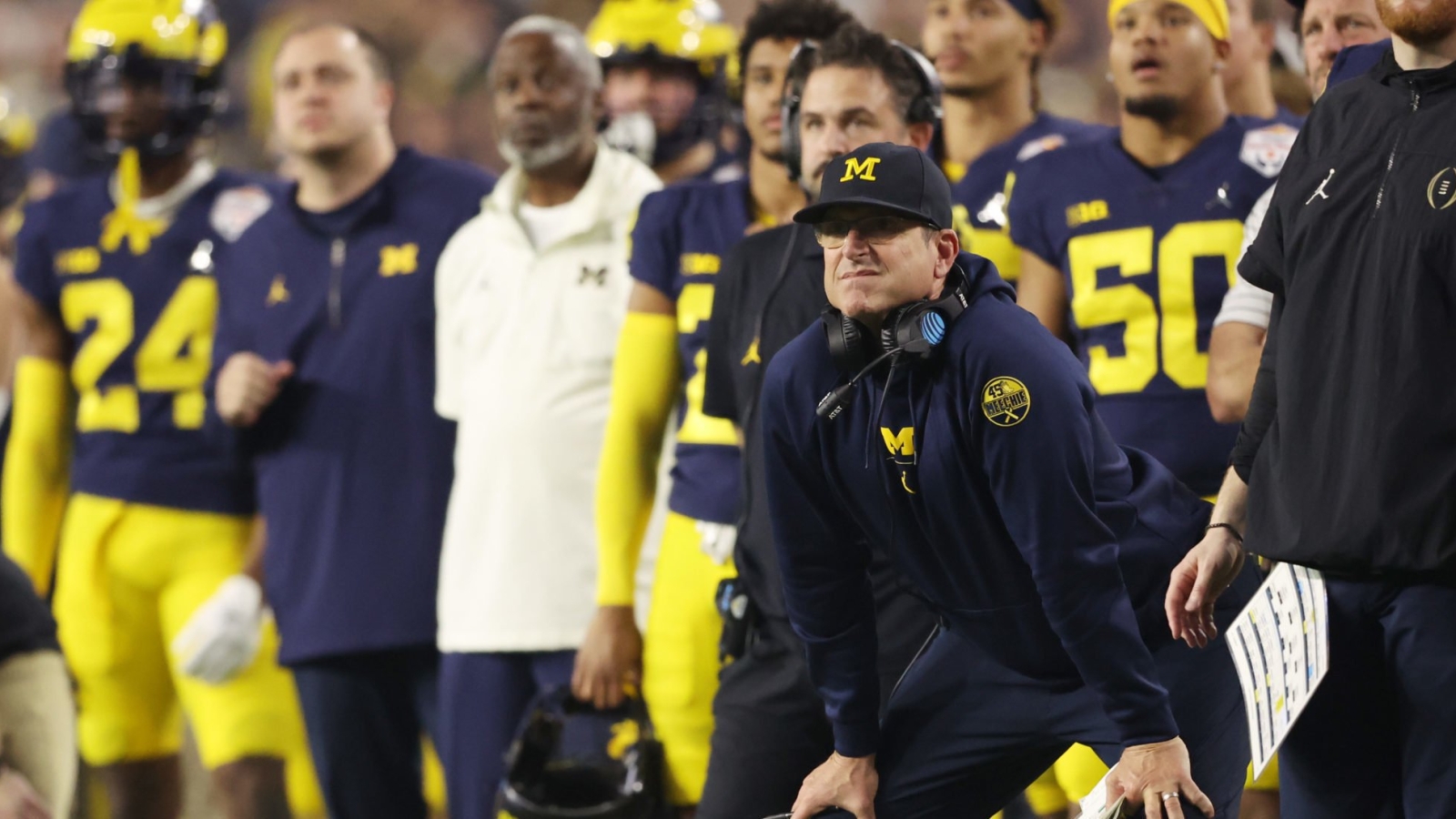 The NCAA is reportedly investigating the University of Michigan’s college football program.

Michigan Wolverines head coach Jim Harbaugh made it clear Jan. 5 that he will be with the school in 2023. However, the news is being overshadowed by an NCAA investigation into the program for allegedly violating rules during the recruiting dead period that happened during the COVID-19 pandemic, according to a report from ESPN.

The Wolverines allegedly violated two rules: Contacting recruits with no permission during the NCAA’s dead period, as well as using a defensive analyst on-field for coaching. ESPN also reported that the way Harbaugh has been cooperating with the NCAA is under investigation as well. Sources tell ESPN that Harbaugh could be facing a multigame suspension down the road.

Michigan has not yet received a notice of the investigation from the NCAA, however that could change in the next few days or weeks, according to ESPN’s sources.

The NCAA is investigating Michigan for alleged violations during the COVID-19 recruiting dead period, sources said.

Jim Harbaugh’s cooperation during the investigation is also being examined. https://t.co/cw9tOkfai6

The whole situation is shady as hell.

My main thing here is: Why did all of this flood out literally right after Harbaugh said that he was going to remain at Michigan, and this also amid him getting contacted by multiple NFL teams?

The NCAA hasn’t even sent the allegations out to the university yet. Quite frankly, it sounds like somebody has an agenda and leaked out this information when they got their hands on it. Either somebody at the NCAA just wants to get rid of Harbaugh out of college football, or somebody within the NFL is using it as a push to get him back to the league — and I’m riding with the latter on this one. I wouldn’t be surprised whatsoever if this ended up coming out. (RELATED: Michigan Led 2022 College Football Home Game Attendance, Big Ten Dominated Top Three)

It’s like what happened with Pete Carroll back in 2010. There was a scandal brewing at USC, and conveniently, he jumped ship to the NFL and joined the Seattle Seahawks as their head coach. It sounds like somebody is trying to do the same thing with Harbaugh.

I’m pretty sure I just cracked the shell open on that one.