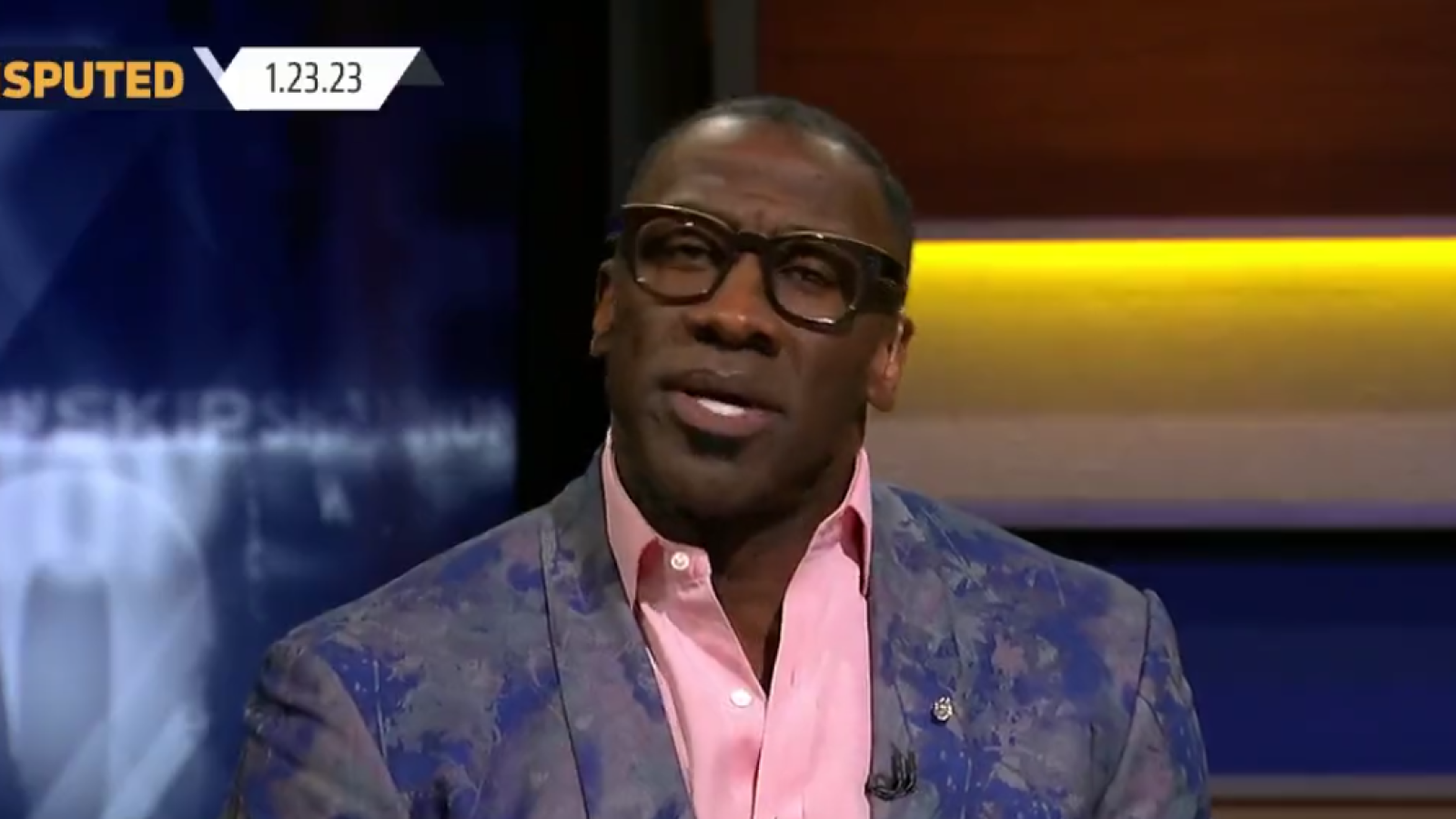 Shannon Sharpe took the backlash to the chin and owned up to everything like a G, but the hypocrisy is real here.

Pro Football Hall of Famer and host of “Skip and Shannon: Undisputed,” Shannon Sharpe, has been receiving a wave of criticism after nearly getting into an outright brawl with almost the entire Memphis Grizzlies team, as well as Tee Morant, who is the father of Grizz star Ja Morant.

The fireworks started prior to halftime after Sharpe was partaking in trash talk with multiple Memphis players, with Morant and his teammate Dillon Brooks being the most notable. Morant was seen telling Sharpe to “sit yo ass down,” which sparked up Sharpe enough to where he would have to be separated from Grizzlies players and Morant’s dad.

Shannon ready to fight the whole Grizzlies squad by himself 😂😂😂 pic.twitter.com/MdjhElSji2

Sharpe and Morant’s father later made up:

However, there was also this gem of a quote from Shannon Sharpe to ESPN’s Dave McMenamin:

But Sharpe eventually backed off of that heat, apologizing on the Monday edition of Undisputed:

“I take full accountability for what transpired. I was wrong.”@ShannonSharpe apologizes & addresses his altercation at the Lakers-Grizzlies game: pic.twitter.com/RNFBydr5A6

There’s two ways how I view this whole ordeal:

1. Like I said at the beginning of this piece, you have to admit, Shannon Sharpe took the backlash to the chin and owned up to everything like a G. It was a little bit long-winded and extra, but it was a G apology for the most part.

2. Oh my God, the hypocrisy from Shannon Sharpe on this one is unreal, and the timing is incredibly bad. Shannon was just giving shit to Skip Bayless earlier in January about his Damar Hamlin tweet, and how it was insensitive and all of this politically correct bullshit … just to nearly ignite an all-out brawl at an NBA game. Just terrible timing, dude. (RELATED: Natural Light, One Of America’s Most Popular Beers, To Rebrand With Retro Look)

But you can’t deny … this man is entertaining as hell.

Shout out to Shannon Sharpe, man.