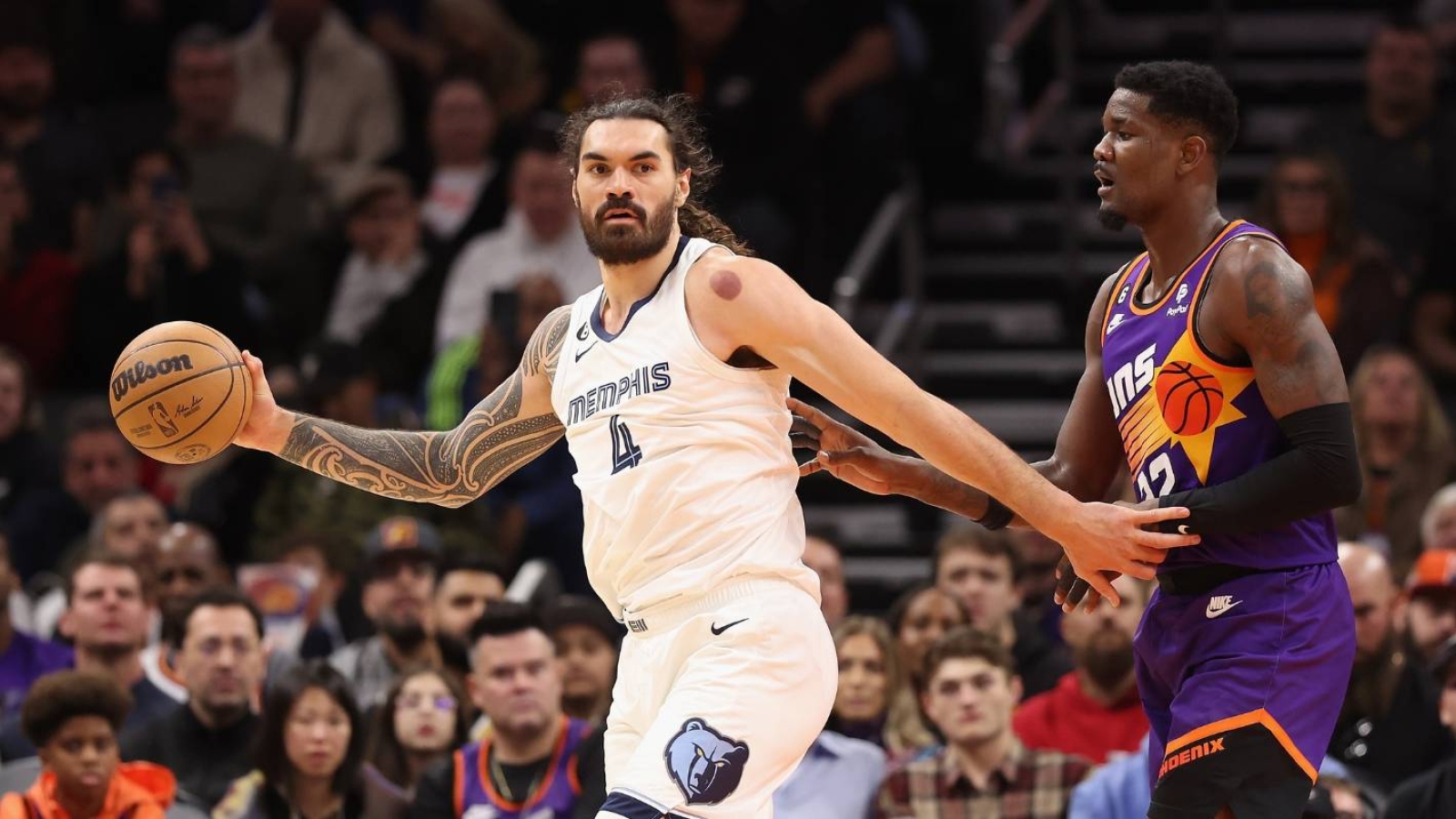 New Zealand’s Steven Adams is putting together a notable season for the Memphis Grizzlies in the NBA this season.

Steven Adams was asked this year about the quality that makes him such an historically good rebounder for the Memphis Grizzlies in the NBA. “I’m a big bastard,” he answered, unequivocally.

That’s perhaps over-simplifying things, but not entirely inaccurate. The 29-year-old Kiwi, in his 10th season in the NBA, uses his natural physical gifts – he is 2.11 metres tall, has a 2.25m wingspan and conservatively tips the scales at 120kg – as well as anyone around the world’s foremost hoops league.

In a league full of large humans, he wields his size so effectively, that when combined with an innate understanding of his role, some fierce determination and a pretty decent motor makes him a handful to deal with on a regular basis.

Adams is the most unfashionable member of an otherwise star-studded Grizzlies starting five that is now back to full strength with the return of powerhouse shooting guard Desmond Bane who missed 17 games with a toe injury. That group is led by the mercurial Ja Morant who is rightfully rated one of the best players in the entire league with his spectacular package of skills and moves, but also includes Bane, well-rounded small forward Dillon Brooks and shot-blocking, three-point shooting power forward Jaren Jackson Jr.

It’s a group as good as any in a loaded West and rated a decent chance to lead their team all the way to their first NBA Finals at the end of this season.

If that happens Adams’ role will be vital as he builds on a season that is rapidly taking on historic dimensions with his ability to get after the offensive rebounds, and make his team better while he’s on the floor.

The big Kiwi does some things very, very well. You don’t play a decade in the NBA, primarily as a starter, without that. He’s a fabulous screen-setter, especially on the high pick and roll (helping make Morant the ball-in-hand weapon he is), plays effective, rigid defence, protects the rim well enough, passes nicely for a big man and is considered an important locker-room leader.

There are some areas where he’s, to put it mildly challenged. His free-throw shooting has dipped to a career-low 33.3% and he remains exclusively a paint scorer, with no face-up shooting game to speak of from outside the key. Those are limitations his coaches are prepared to live with.

But when it comes to offensive rebounding, and the important art of securing extra possessions for his side, he is in a league of his own in the NBA at present.

But dig a little and it turns impressive. He leads the NBA in offensive rebounds per game (4.8) and his offensive rebounding rate (he grabs 19.6% of his team’s misses) is among the best in the history of the game. That number rates 7th best all time (behind only Dennis Rodman, Moses Malone and Jayson Williams) and top in the last 25 years.

He is also second among starting centres in individual plus/minus (behind only Nikola Jokic), has a career-best 4.1% block rate and is one of only two players (Anthony Davis is the other) averaging 10-plus boards and at least 1 block and 2 assists a game (minimum 25 games).

Not convinced? He’s also fourth in the league (behind Ivica Zubac, Al Horford and Kristaps Porzingis) in defensive FG% when his matchup shoots within six feet.

His team-mates also love him. Morant recently lauded Adams for his ability to take on some of the toughest matchup in the league, saying, “I feel like that’s what makes him so great for us … He’s a big piece to our team, and we’re definitely thankful for him”.

Added Jackson: “We’ve all been fans of Steve even before he was here. Now it’s definitely easier to love him because he’s here and with us instead of on the other side.”

Adams and the Grizzlies were nowhere near their best on Wednesday (NZT) as they dropped a rare home game, and a second on the bounce, 125-108 to the undermanned Phoenix Suns, dropping them to 20-13, and third in the West. It was just their third home loss of the season.

Adams returned 6 points, 10 rebounds (3 at the offensive end), an assist and a block in 25 minutes, but the Grizz again paid the price for their woeful 3-point shooting (8 of 30 from deep) and allowing the visitors to convert the long-ball at a 55% clip.

The defeat follows their Christmas Day setback at Golden State. Adams will continue his quest for a place in the NBA’s offensive rebounding pantheon on Friday when Memphis visit the Toronto Raptors.