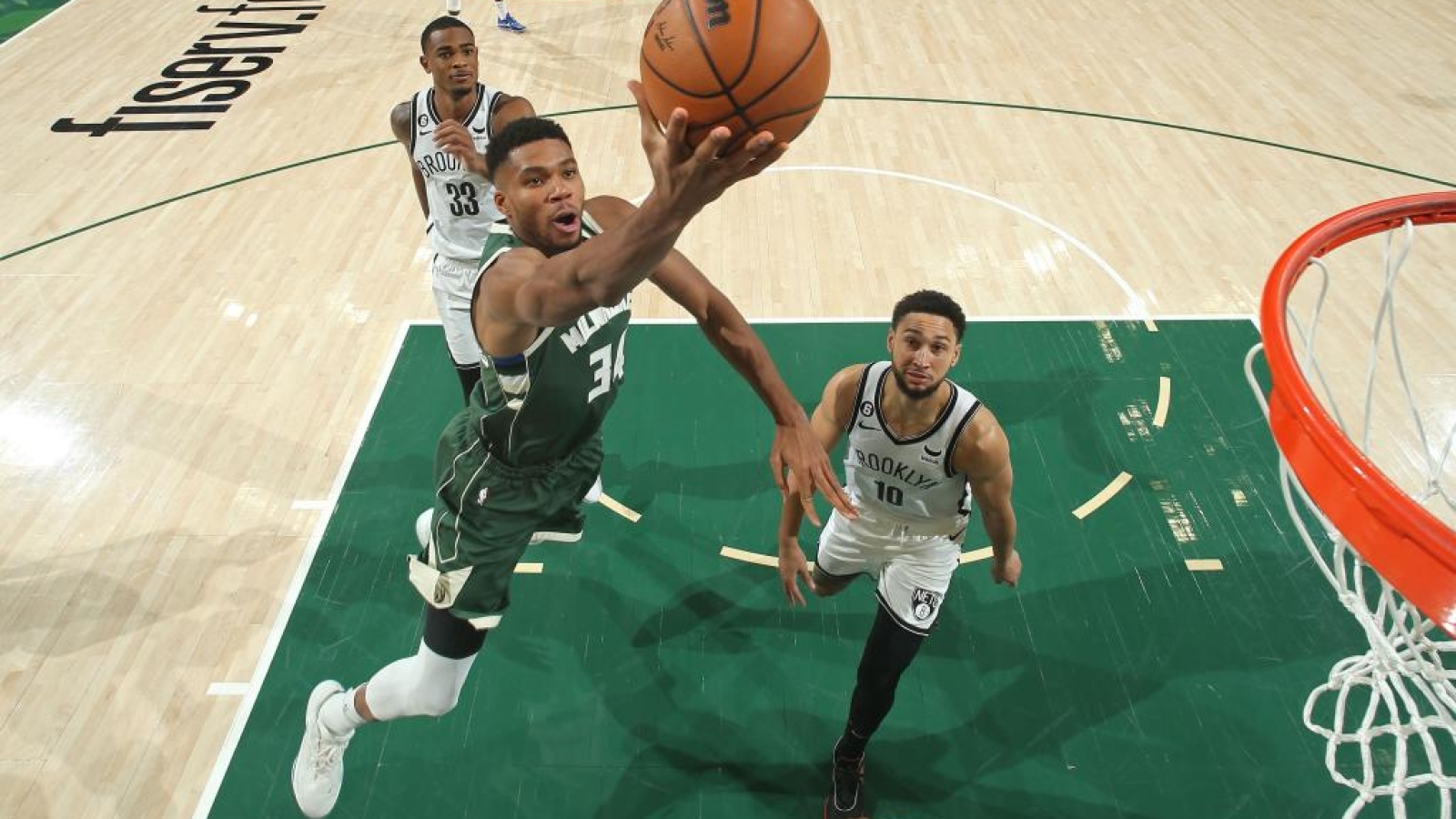 Seven in a row. Eleven of their past 12. No doubt, the Nets have found their stride since over the past month.

Friday night at Barclays Center, they get a chance to show how far they’ve come against the NBA-best Bucks (22-9).

The Nets (20-12) have been on an offensive tear, scoring more than 110 points in all but one game this month, and are suddenly threatening the Celtics for first in the Atlantic. The stretch of powerful performances has propelled them from eighth in the Eastern Conference to fourth over the duration of the seven-game win streak.

In their 30-point blowout of the depleted Warriors on Wednesday night, the Nets scored a franchise-record 91 points in the first half and had nine players finish in double digits.

“Nicely done,” coach Jacque Vaughn said. “That’s what happens when you come to work and you’re ready to work from the beginning.

“I think that we have a lot of people who can score the basketball. You even take Patty [Mills, who scored 13 points], the minutes [13] that he played and his ability to impact the game at the end. So overall I think guys enjoy when you can look at the stat sheet and get minutes for everyone and points for everyone and you win.”

After the big win at home, the Nets will face three straight playoff teams in the Bucks, Cavaliers and Hawks. They have yet to play Cleveland this season, beat the Hawks at home earlier in December and lost to the Bucks the last time they played in October.

Vaughn can’t wait to see how his team measures up against the Bucks.

“We get an opportunity to play against Milwaukee on Friday,” he said. “That gives us a good chance to see if we can have the same focus against a very good team.”

Kyrie Irving, who sat out Wednesday’s game, is expected back in the starting lineup Friday night.

Despite being just 7-4 in December compared to the Nets’ 8-1, the Bucks sit atop the Eastern Conference and have the constant threat of Giannis Antetokounmpo at the top of their roster. The Greek Freak is third in the NBA in scoring (31.6 ppg) and fifth in rebounds (11.2 rpg).

“You’ve got some decisions to make,” Vaughn said of playing the two-time MVP. “How much attention you got to give to Giannis to keep him away from the rim. The easy baskets that he gets in transition, bodies that have to be in front of him.

“We can use multiple bodies that we can put on him and we’ll try to make them react to us as well.”

Milwaukee has played much of the year without All-Star Khris Middleton, who returned this month but has sat out the past three games with a knee injury. But they still have plenty of talent beyond Antetokounmpo, in particular guard Jrue Holiday.

Vaughn knows if the Nets want to continue their winning streak, it starts when they don’t have the ball.