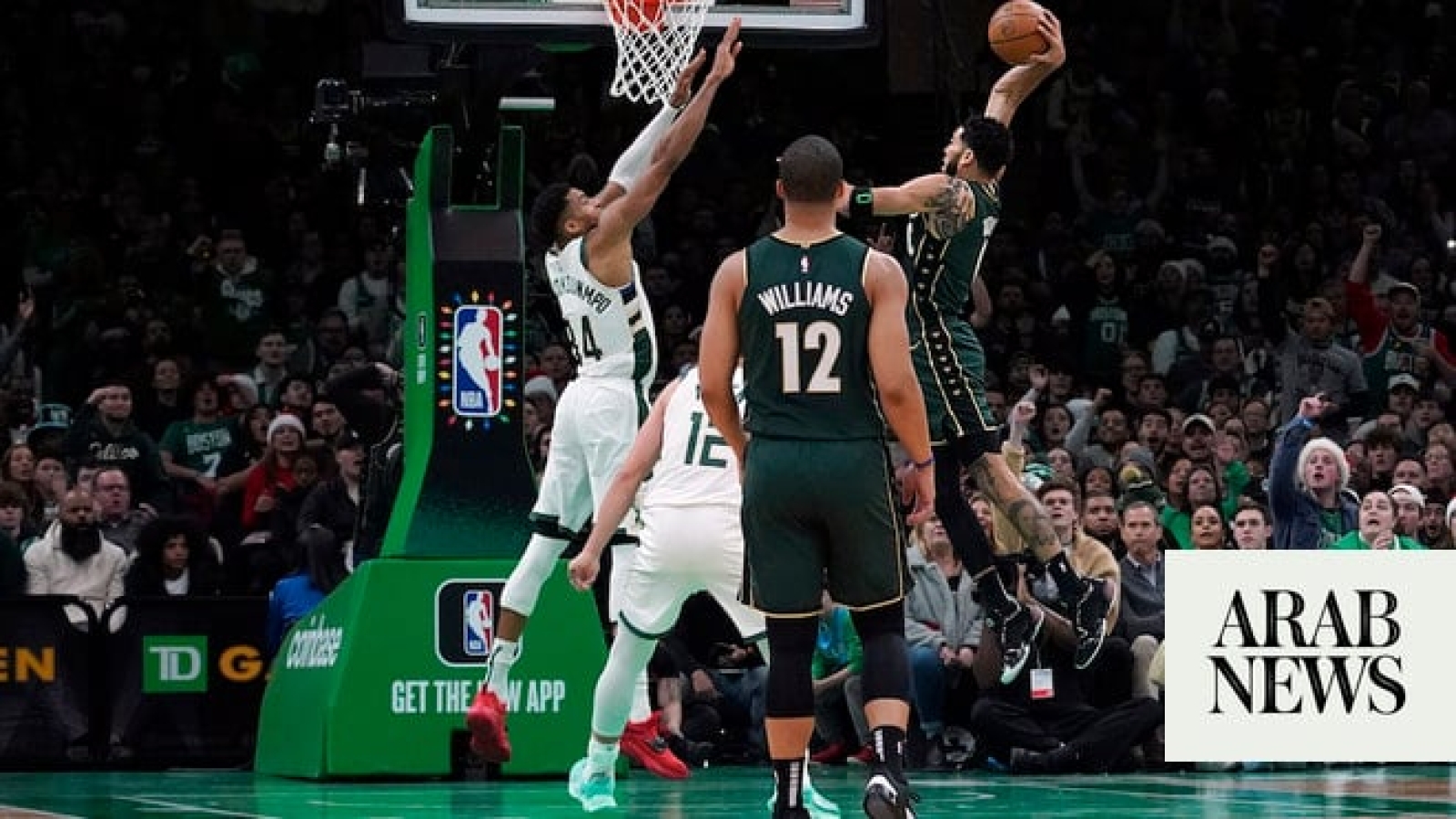 NEW YORK: Boston’s Jayson Tatum scored 41 points to power the NBA-best Celtics over Milwaukee 139-118 on Sunday in a Christmas showdown of the league’s two top teams.

Jaylen Brown added 29 points for the Celtics, who improved to 24-10 and stretched their Eastern Conference lead over the Bucks, who fell to 22-11 but still own the NBA’s second-best record.

“They are one of the best teams in the league and it’s always special to play on Christmas,” Tatum said. “We just wanted to give our fans a present today and come out of here with a victory.”

Tatum connected on 14-of-22 shots from the floor and added seven rebounds, five assists and three steals.

He scored 20 points in the third quarter of 7-of-10 shooting as the Celtics boosted their 62-61 halftime lead to 100-86 entering the fourth quarter.

“We wanted to come out in the second half, especially at the start of that third quarter, with some pace and some energy,” Tatum said.

His effort was bolstered by points from all 11 other players who took the court for Boston, notably Brown, whose 11-of-19 shooting effort included 5-of-9 from 3-point range.

“He was aggressive. He came up big when we needed him most, especially at the beginning of the fourth,” Tatum said. “We always believe in him.”

Tatum delivered the most spectacular hoop of the game with a slam dunk over Milwaukee star big man Giannis Antetokounmpo, who finished with 27 points and nine rebounds but no blocked shots.

“You’ve got to attack the rim,” Tatum said. “If you go in there and lay it up, he’s going to send it to the parking lot.”

Jordan Poole scored 32 points to lead Golden State before getting his second technical foul and being ejected with 9:20 remaining and the Warriors leading 106-89.

Golden State, which incurred six technical fouls in all, improved to 13-2 at home and 16-18 overall.

Klay Thompson added 24 points for the Warriors while Draymond Green had season highs of 13 rebounds and 13 assists with only three points.

Denver (20-11) will have sole possession of the West lead with a home victory later over Phoenix.

Joel Embiid and James Harden combined to spark Philadelphia’s 119-112 victory at New York, the eighth win in a row for the 76ers.

Philadelphia improved to 20-12, fifth in the East, and stretched the margin over the sixth-place Knicks (18-16) despite Julius Randle’s 35 points as New York suffered a third straight loss.

The Knicks led by as many as 14 points in the first half but the Sixers stayed close and Georges Niang hit four 3-pointers in the fourth quarter to help ignite Philadelphia’s fightback.

The Mavericks were down 54-43 at halftime before outscoring the Lakers 51-21 in the third quarter.

LeBron James scored a game-high 38 points with six rebounds and five assists but the Lakers (13-20) dropped their fourth game in a row since Anthony Davis was sidelined with a right foot injury.

Nowitzki led Dallas to the 2011 NBA crown and was the NBA Most Valuable Player in 2007.