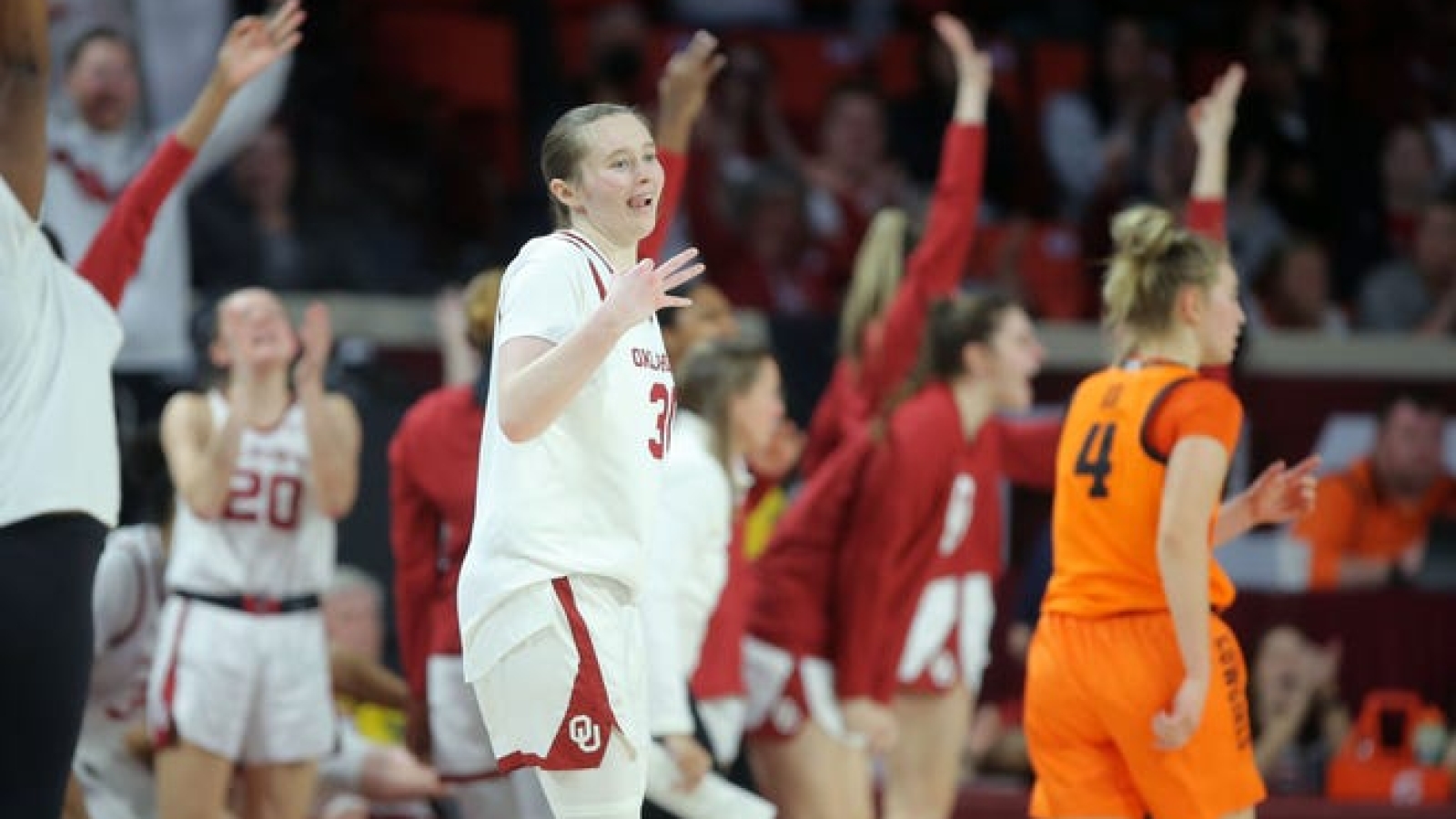 NORMAN — Taylor Robertson has said all the right things.

She’s talked about the importance of winning and about the NCAA career 3-point record being an afterthought.

It’s benefited OU, which enters its road showdown at Texas at 7 p.m. Wednesday having won five consecutive games and 13 of its last 14.

Robertson enters the game two away from tying the record of 497 set by Ohio State’s Kelsey Mitchell, and those around the OU guard are ready for her to reach it.

“We told her to get it at TCU,” Sooners coach Jennie Baranczyk said, referring to OU’s Jan. 18 game. “She doesn’t listen to us.”

How many 3-pointers does Taylor Robertson need to break NCAA record?

Robertson figures to at least tie if not break the mark against the Longhorns.

She’s hit multiple 3-pointers in all but three games this season and is averaging 2.7 per game.

Madi Williams knows Robertson as well as anyone on OU’s roster, with the pair having joined the Sooners together as part of the 2018 class.

“She’s ready to get it over with,” Williams said.

Williams’ ability to get to the basket has done plenty to help free Robertson up on the perimeter, and Robertson’s extraordinary shooting ability — she’s shooting 43.8% from beyond the arc in her career — has benefited Williams to find space to work offensively.

Fans have often told Baranczyk to loosen the reins on Robertson’s shooting and give Robertson the always-on green light to shoot.

“Everybody has it,” Baranczyk said of that green light.

In Saturday’s Bedlam win, Robertson didn’t score until early in the second half and didn’t hit a 3-pointer until just more than six minutes remained in the game.

Baranczyk said she wasn’t consciously aware Robertson was still searching for her first of the game when she drilled one from well beyond the arc for the first of two, extending her Big 12-record streak of consecutive games with at least one 3-pointer to 60.

“We don’t have a tally. It’s not like how many strikeouts and they put up signs,” Baranczyk said. “I think she’s done a great job of trying not to think about it and she literally just wants to win every single game.”

Williams said maybe the Sooners should adopt Robertson’s approach of not worrying about it.

“She doesn’t listen to us, so I guess in that case we should just stop trying to think about it and just tell her to keep shooting,” Williams said.