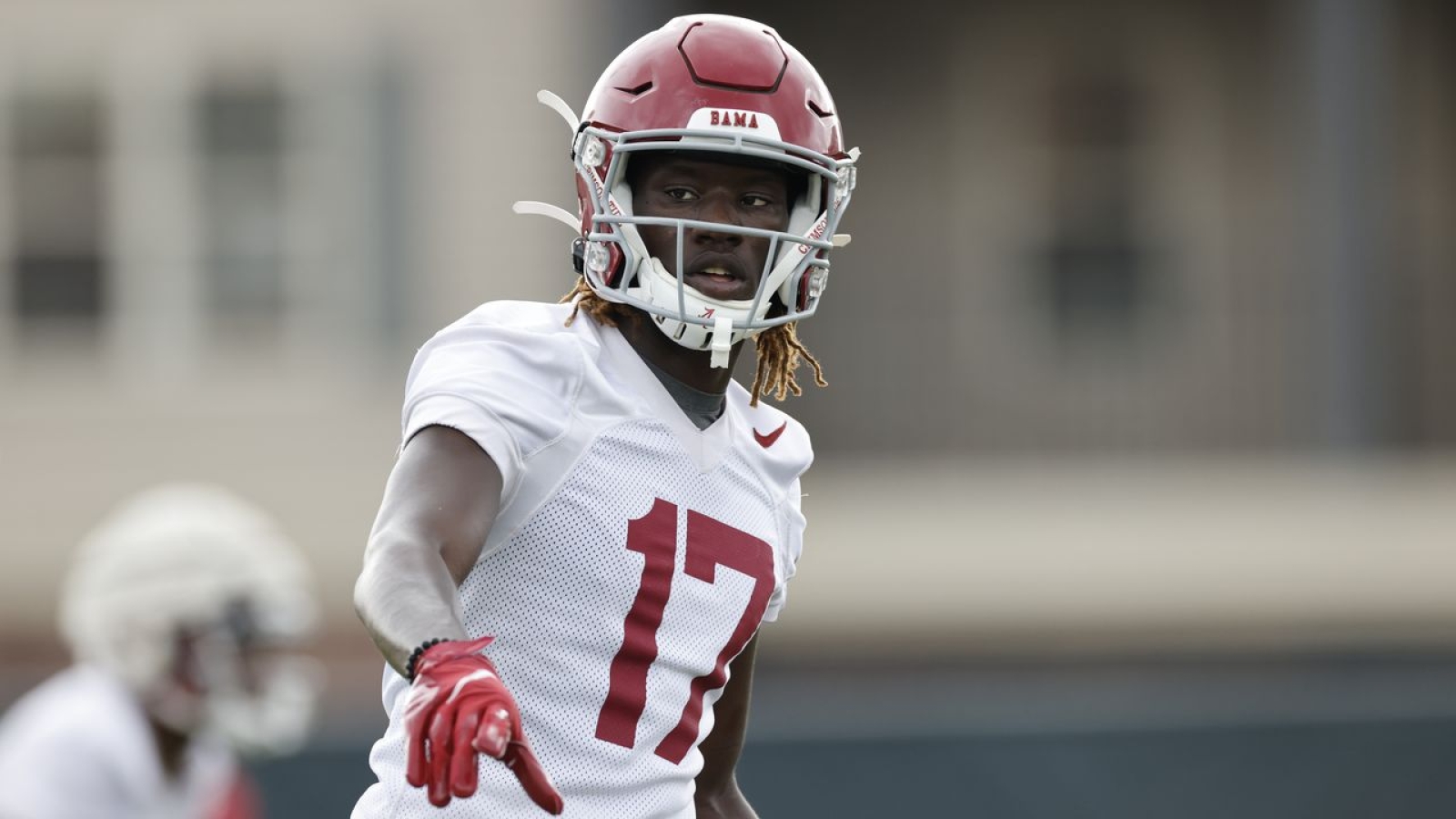 Agiye Hall is no longer with the Texas football program and is expected to enter the transfer portal, according to multiple reports.

The news was first reported, citing sources, by Inside Texas.

The transfer receiver from Alabama played in three games for the Longhorns and had one catch for 7 yards. In his one year under Nick Saban at Alabama, Hall had four catches for 72 yards.

Hall, who was arrested in August on criminal mischief charges, was suspended indefinitely by Texas head coach Steve Sarkisian.

“We’re aware of the situation involving Agiye Hall, have talked with his family, and have suspended him from all team activities for conduct that is detrimental to our program,” a program statement read.

He was the No. 62 overall prospect in the Top 247 for 2021 when he signed with the Crimson Tide. Hall will have three seasons of eligibility at his next destination.

The 6-foot-3-inch, 194-pound Hall played in seven games for the Crimson Tide in 2021, including a two-catch, 52-yard performance in a College Football Playoff National Championship loss to Georgia.