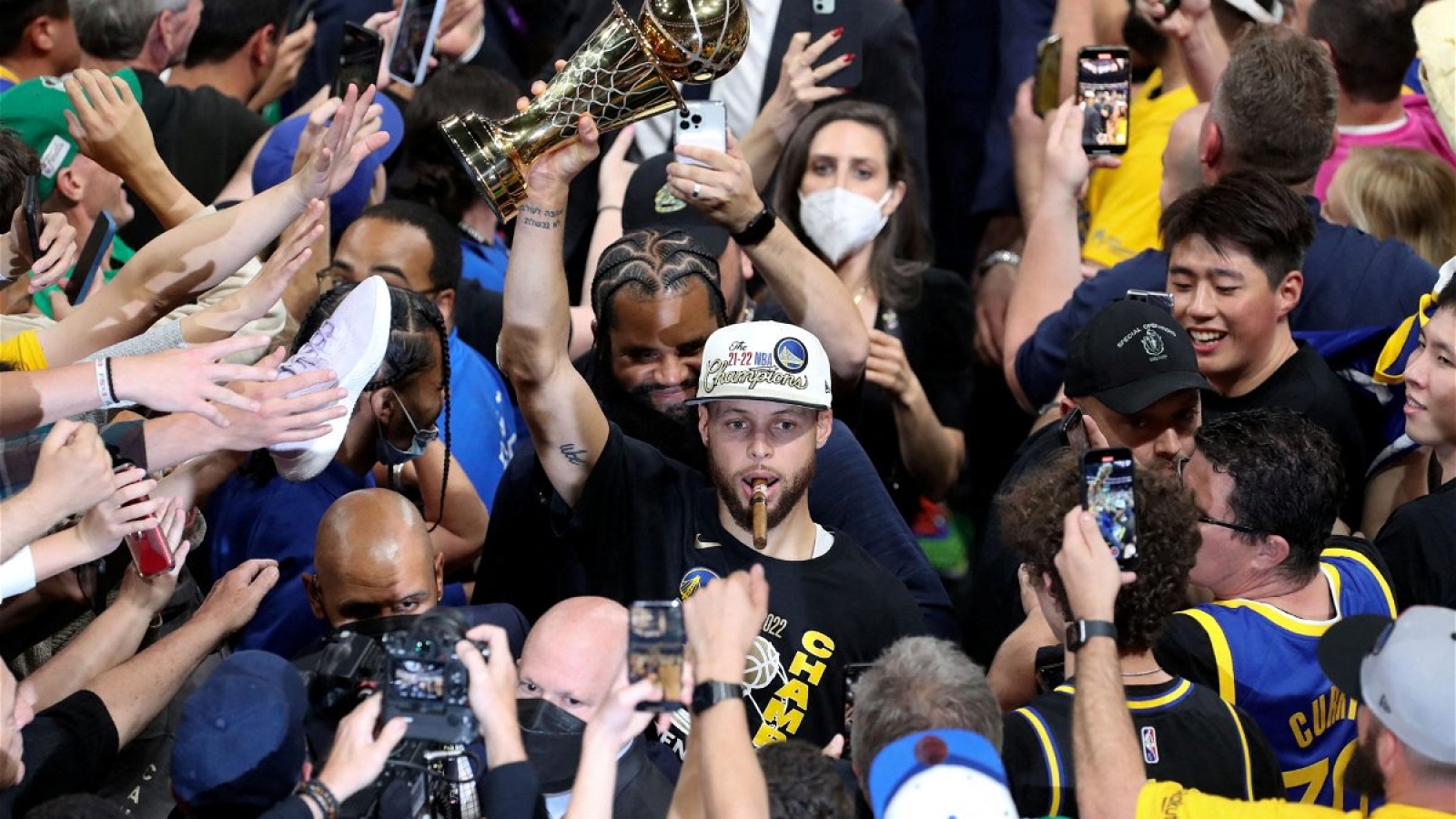 The 2021 NBA Finals were special for several reasons. The Golden State Warriors cemented themselves alongside some of the most celebrated NBA dynasties. In addition, it was the platform for Stephen Curry to capture his first Finals MVP. The Baby Face Assassin was nothing short of magical in the six-game series against the Boston Celtics. Over the years though, many fans have debated whether Curry deserved to have the 2015 Finals MVP. However, in his recent contentious take, a former NBA champion felt the Splash Brother still shouldn’t have that honor in his trophy case.

J.R. Smith is most known for his actions during the 2017 NBA Finals. However, his talent was arguably underrated in the face of his recurring controversies. Notably, the former Cleveland Cavaliers guard is 18th on the all-time three-point list. In addition, he had an insane bounce to compliment his impact from beyond the arc.

Unfortunately, with numerous embarrassing moments, fans forgot what Smith brought to the NBA. And it seems he might have given them another reason to frown in his direction. In a recent Twitter conversation, the former NBA champion argued that Curry shouldn’t have been the 2022 Finals MVP either.

In a back-and-forth conversation, one Twitter user expressed his views on why Curry won the Finals MVP honor just one time in his four Finals wins. According to him, the numbers don’t generally mean consistency due to the volatility of shooters. However, in response, J.R Smith ignited the conversation even further claiming Andre Iguodala did more on both ends of the floor in 2015. If that wasn’t enough, he said Andrew Wiggins was the real 2022 Finals MVP in his eyes.

Smith said, “Iggy had a better finals offense and defense in the first one and KD was KD for 2 so that only leaves the one that he was warned and no disrespect to him but to me Wiggins would have won the last one. But that’s just me.”

Well 1! Iggy had a better finals offense and defense in the first one and KD was KD for 2 so that only leaves the one that he was warned and no disrespect to him but to me Wiggins would have won the last one. 🤷🏾‍♂️ but that’s just me https://t.co/kparD4BXzl

The 2015 decision sparks controversy even to this day. On the stat sheet, there was no player producing better output than Stephen Curry. However, Iguodala majorly won the award for the intangibles. Notably, while LeBron James played out of his mind, the Warriors veteran mauled James to shoot under 40%. Moreover, he was arguably always present in the big moments.

Here are some of the reactions from NBA Twitter:

However, as far as 2022 goes, the four-time NBA champion did close to everything while on the floor. Going up against the best defense in the league, Curry averaged 31.2 points, 6.0 rebounds, and 5.0 assists. He rendered almost any matchup to be powerless. Moreover, Curry was playing some of the best defense of his post-season career as well, with a 107.6 defensive efficiency.

Nothing takes away from the impact Wiggins had in the series against the Celtics. The All-Star forward was a critical piece in the Warriors’ triumph. However, while the former Minnesota Timberwolves man might have slowed down Jayson Tatum, Curry had entered a completely different zone.

According to you, did the NBA get the Finals MVP right both times? Let us know your views in the comments below.