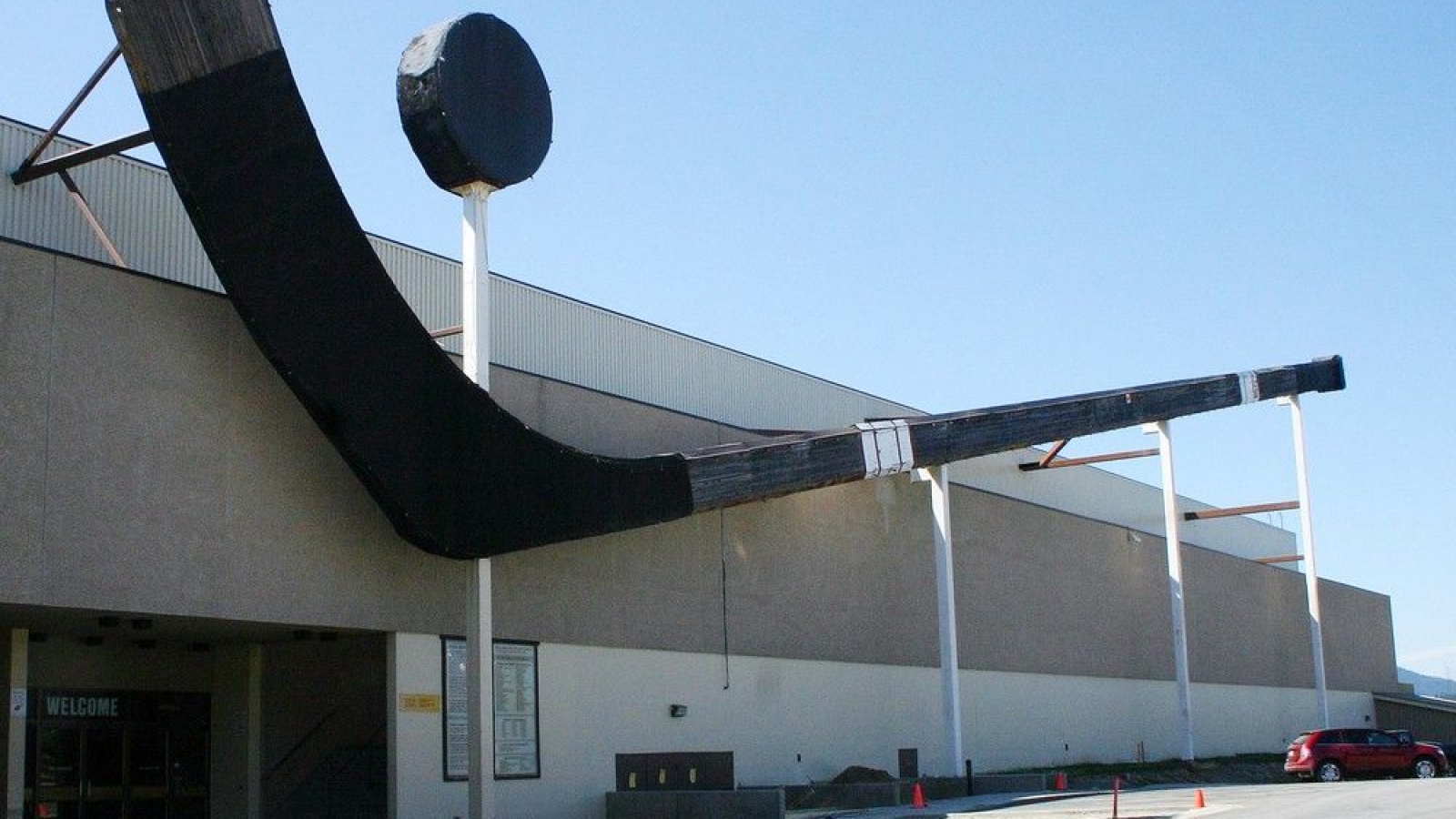 The Cowichan Valley’s claim to be the home of the world’s largest hockey stick could be shot down by plans for an even bigger stick in a city in Illinois.

The stick that has hung in front of the Cowichan Community Centre since 1988 is 62.5 metres long, but a new arena complex in Lockport — a city of about 26,000 people southwest of Chicago — has a 76-metre-long hockey stick in the works, to be mounted over the entrance.

Start your day with a roundup of B.C.-focused news and opinion delivered straight to your inbox at 7 a.m., Monday to Friday.

Thanks for signing up!

A welcome email is on its way. If you don’t see it, please check your junk folder.

The next issue of Sunrise presented by Vancouver Sun will soon be in your inbox.

We encountered an issue signing you up. Please try again

The Cowichan stick was built for Expo ’86, where it was placed at the entrance to the Canada Pavilion. It’s located just inside the border of North Cowichan, but the building is jointly owned by Duncan and the Cowichan Valley Regional District, as well.

Its place as the largest hockey stick on Earth was authenticated in the 2010 Guinness Book of Records. It’s also mentioned at the Hockey Hall of Fame.

Duncan Coun. Garry Bruce joked that the stick should be extended to keep its place in the record books.

“I think we should nail on a chunk,” he said. “I’ll put a motion on and we’ll get a hunk of a log or something.”

“We’ve got lots of room to expand our stick,” Staples quipped.

The stick is a local centrepiece and “an identifier for where you are in the community,” she said.

“It’s become something that people here are really fond of and there’s a big hockey culture here, too.”

Besides, it’s fun to have something that the area is known for, like the biggest hockey stick, Staples added.

“Canada has a pretty good lock on the hockey world, so we’ll stick with our stick here, I think,” Bruce said. “It’s just too bad that they’re trying to get in our parade.”

The CVRD called the local stick “a community icon” that has played a role in the region’s overall economic development through the years.

Any future direction for the stick will be determined by elected officials and the broader community, the CVRD said in a statement.

More than 660 LED lights were added to the stick in 2019 and are turned on to mark holidays and special events.

The stick was in the news last spring when a woodpecker decided set up shop at the landmark for a time.

The report to city staff from the applicant refers to the big stick on the outside as a “hockey stick sculpture.”

Support our journalism: Our in-depth journalism is possible thanks to the support of our subscribers. For just $3.50 per week, you can get unlimited, ad-lite access to The Vancouver Sun, The Province, National Post and 13 other Canadian news sites. Support us by subscribing today: The Vancouver Sun | The Province.