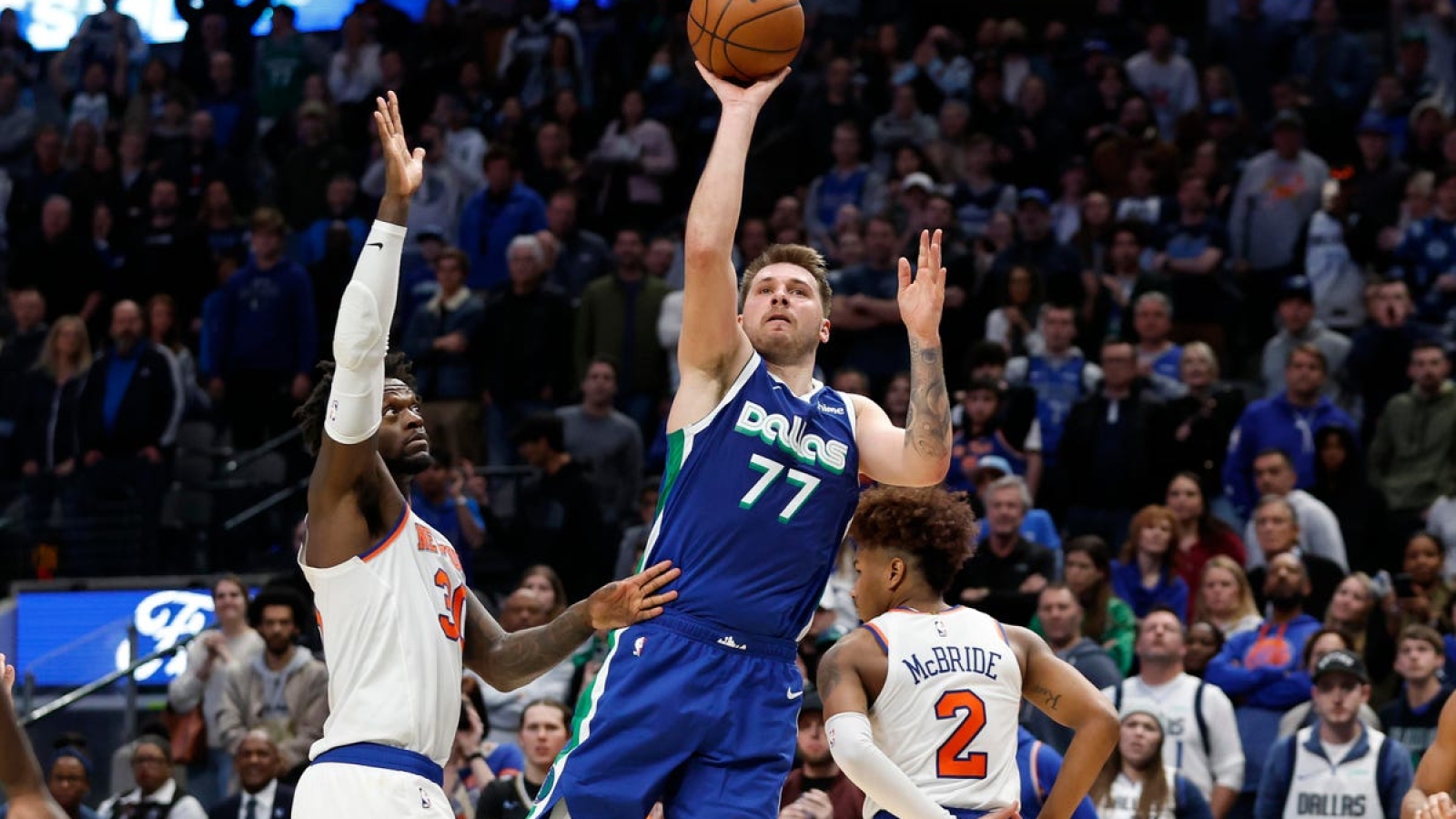 The MVP race is shaping up to become one of epic proportions this season, with Nikola Jokić, Giannis Antetokounmpo, Luka Dončić, Joel Embiid, Jayson Tatum, Kevin Durant, Zion Williamson, and Ja Morant all in the conversation.

(Devin Booker is also a candidate, but given that he will miss at least four weeks due to a groin injury, let’s put him off to the side for now.)

It’s an extraordinary crop of talent duking it out for the award, which means narratives are going to run wild later in the season, for each voter to justify their selection.

Historically, the award has been bendable, fitting into certain storylines, at times prioritizing winning, other times arbitrary stat lines, and even been a result of outright popularity contests.

Now, perhaps more than ever, it’s time to get some straight lines from the NBA in regards to how the award should be handed out. With so many players jostling for position, it’s only fair that voters vote on a shared foundation of ideologies.

Dončić, for example, is one of the most statistically impressive players in the league, netting over 33 points, eight rebounds, and eight assists per game. If the award was to be taken literally, he’d undoubtedly fit the “Most Valuable” part, given the questionable roster around him, which remains an area where Dallas continues to fail him.

The Mavericks are barely over .500, but it’s fair to argue they would be among the league’s worst teams, if not the worst, without the presence of Dončić.

Going the winning route instead would effectively rule out Dončić, even if a strong argument could be made that he’s the most impressive individual currently in the NBA.

Should winning instead take center stage, you’d need an element to separate all the above candidates, minus Dončić. How do you put Embiid and Tatum, for example, up against one another? For starters, you’d have to use numbers, while also looking at the quality level of teammates to get a feel for how much work each guy does, and who plays the most vital role.

Only, doesn’t that take us right back into the Dončić conversation?

And that’s where the problem arises. It’s impossible to not take everything into consideration. Having priorities in how you, as a voter, evaluate the field is fine, but it’d be an incredible insult to disregard any of these talents based entirely on one field.

Williamson’s Pelicans hold the number one spot in the Western Conference. Yet, Williamson is statistically a clear notch below several of the other candidates. But the best player on the best team in the West has to be in the conversation, no?

We could even include playoff pedigree, which has also been used as arguments in the past. Certain players, who have experienced success in the playoffs, will at times get included in the debate in part due to having won a title or made it far on several occasions. There’s a reason Chauncey Billups had his name brought up in MVP conversations for a few years, even if he never could stack up individually to other candidates.

There are thus multiple avenues to visit in this debate, and while that does offer a level of excitement, it also offers frustration. What are the guidelines? Should the “Valuable” part of the award be removed, if it isn’t to be taken literally anyway? Conversely, should winning matter at all if we all were to stubbornly take the award literally?

Let’s be clear about something, though. Even if there is a desire for the award to get more fleshed out, it’s in the NBA’s interest to keep it vague as to optimize debate online. Thousands of conversations happen every single day about the field of candidates, and that makes the league a talking point. The more people discuss certain players, the more they tune in to follow along.

Fans are often emotionally invested, and thus further motivated to watch, if the national discourse includes a star on their favorite team.

As such, we may have to face facts and just accept the award is always going to change, and altering motivation from voters on a year-by-year basis will see to it that we get new narratives to read and hear about.

It’s unfortunate, however, that missing guidelines could cost a worthy candidate the award. The MVP is not something you as a player can realistically wave off as an award you can just go for years down the line. The annual competition is absolutely fierce, the league’s talent level is growing, and team success will always play some kind of role, meaning you have to win to get even a crack at it. A few bad years, and you could find yourself out of the running forever, with no chance of getting back in it you’re on the downswing of your career.

It would be nice to see the league set just a few parameters for voters to follow, and take small steps away from the wild wild west nature that is now.

Doing that, while still maintaining flexibility, and honoring the award, should be possible.

Unless noted otherwise, all stats via NBA.com, PBPStats, Cleaning the Glass or Basketball-Reference. All salary information via Spotrac. All odds via FanDuel Sportsbook.