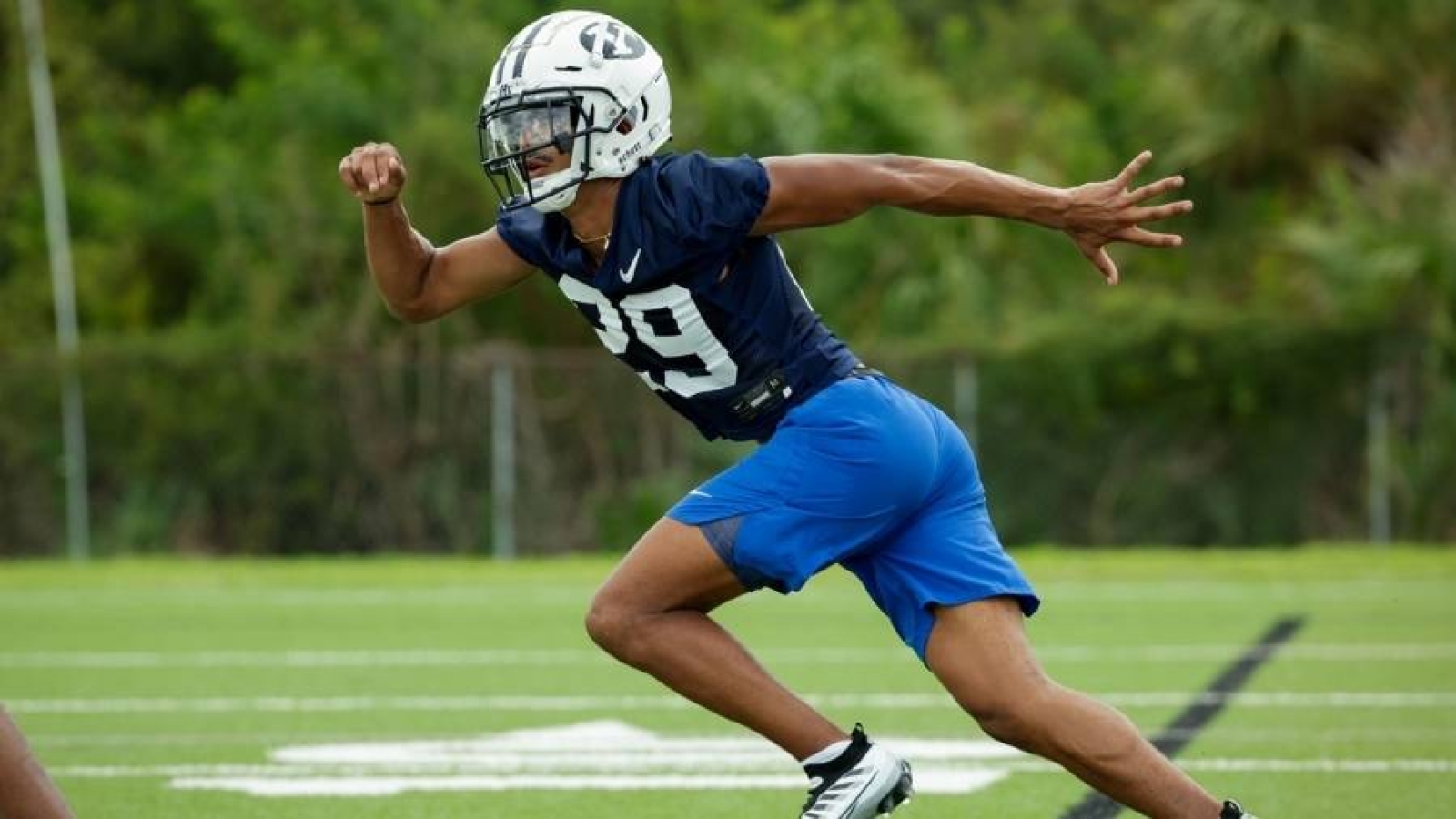 PROVO, Utah – A trio of true freshmen from the 2022 BYU football roster are in the NCAA Transfer Portal.

Those three players are offensive lineman Talin Togiai and cornerbacks Korbyn Green and Nathaniel Gillis. All three players were part of BYU’s 2022 signing class, and each redshirted this season.

A 6-foot, 175-pound cornerback from Tulsa, Oklahoma, Green picked BYU over interest from Baylor, Oklahoma, and Kansas. Green announced his intentions to enter the NCAA Transfer Portal on Tuesday.

“First and foremost I wanna say thank you to the entire BYU staff both athletic and academic as well as the [sic] coaches for bringing me into BYU and giving me [sic] the opportunity to experience a season that taught me a lot both on and off the field,” wrote Green in a social media post.

Green concluded his remarks by saying, “With that being said I will be entering my name into the transfer portal with 4 years of eligibility.”

Throughout the 2022 season, Green consistently was one of the few freshmen on BYU’s travel roster for road games. He signed with BYU during the February signing period of the 2022 recruiting cycle.

Like Green, Gillis, a native of San Diego, signed with BYU during the February signing period. Gillis was a dual-sport athlete at Steele Canyon High School. Gillis saw action during BYU’s win over Utah State on September 29.

After BYU was officially invited to the Big 12 Conference in September 2021, Togiai was BYU’s first commitment. A 6-foot-5, 320-pound offensive tackle from Rigby, Idaho, Togiai is the cousin to NFL players Tommy Togiai and Noah Togiai.

After thinking long and hard I have decided to officially enter the transfer portal. Thanks to @Jasen_AhYou @kalanifsitake @BYUfootball for the experience!! Can’t wait for what comes next!!

Togiai did not appear in any games during his only season at BYU.

Mitch Harper is a BYU Insider for KSLsports.com and host of the Cougar Tracks Podcast (SUBSCRIBE) and Cougar Sports Saturday (Saturday from 12–3 p.m.) on KSL Newsradio. Follow Mitch’s coverage of BYU moving to the Big 12 Conference on Twitter: @Mitch_Harper.