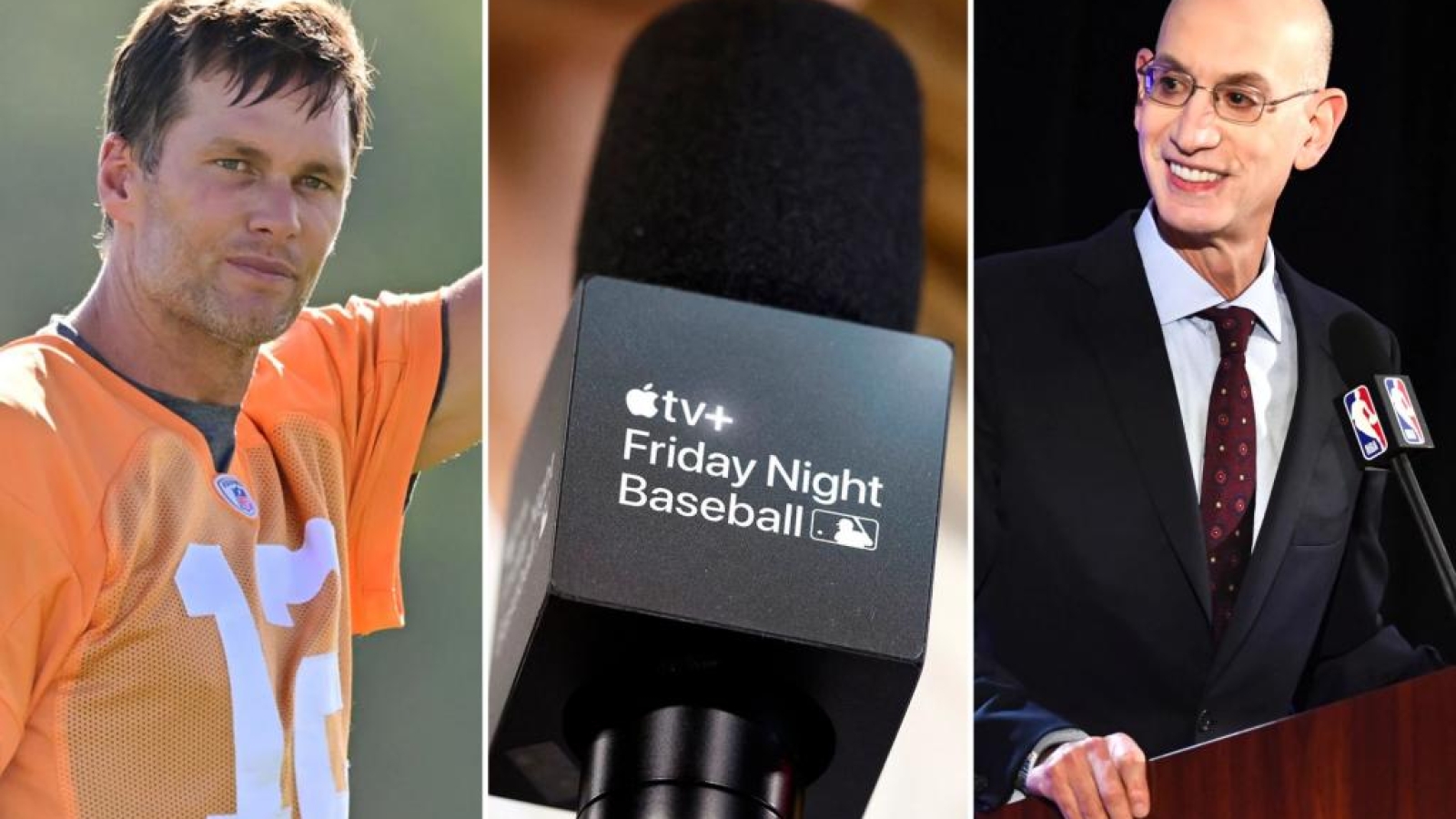 What is so interesting about media and sports is you don’t know what is going to happen. This is especially true in the tumult the digital age has created.

This impacts networks, the biggest companies and athletes. The sports media world continues to evolve. What we are talking about by the end of this year may not even be on the radar here at the beginning.

With that said, here are five of the top stories I’m interested in for 2023.

This is the $375 million question, with the heavier money on…not this year. Brady could keep playing, which feels as if it is more possible after his divorce from Gisele Bündchen. He also could retire and decide he wants to just take a year off, informing Fox Sports to hold his No. 1 seat on the top crew for a while longer. There are also some pretty important folks who believe — though they don’t know — that Brady will never be in the Fox Sports booth. These people’s theory is that the Fox Sports money got so high that Brady just took it as a hedge against other things he might do after he stops playing.

Whatever Brady does — simply because he’s Brady — it is going to be a big story, which is exactly why Fox wanted him so badly in the booth next to Kevin Burkhardt.

2. How does the NBA move forward?

Get plugged in on the latest in sports media

The next NBA rights deal is probably not going to be decided in 2023, but, by the end of it, we might have a clearer vision of what the NBA might do when their agreements with ABC/ESPN and TNT expire following the 2024-25 season.

What seems clear is the new deals will be different, with a streamer — like Amazon or Apple or Google/YouTube — likely involved. ABC/ESPN will want to retain The Finals and the biggest games, but probably would be OK with a smaller price increase for less tonnage. Meanwhile, Turner’s future under Warner Bros. Discovery is an interesting story in itself, as David Zaslav, WBD’s president, has said his company only wants to do a deal for the future, not one of the past. (More on that below.)

There’s also a chance someone else could get in the game — NBC. With broadcast TV having made a comeback, could NBC and Peacock figure out something with the NBA? By this time next year, this could be more in focus.

3. What is Apple’s plan for sports?

We are not a fan of half-measures, which is what Apple has offered so far. Still in its sports broadcasting infancy, it is not fair to fully judge until it has time to make more moves, so this is just an observation, not a criticism.

Last year’s MLB deal for Friday night doubleheaders was not for a lot of money in Apple’s world, but, while Apple and MLB have chosen not to release any numbers, it is hard to believe it was very successful.

More recently, they said no to the NFL for Sunday Ticket, which would have been their entry into the top sports entertainment programming, but it is hard to imagine how the numbers added up at $2-plus billion per year. So Apple might have been smart to pass.

This year, the potential sports media-changing 10-year, $2.5 billion agreement with MLS begins. There are those in the business who think this will be a disaster, but a worldwide subscription may make sense for a league that has global goals. If it is successful, this could be the template that Apple could try to land more games.

However, rights deals come up sporadically. And while Apple could be involved in the NBA, for example, they almost certainly won’t be able to recreate an all-games-for-one subscription platform, like the MLS.

4. When does ESPN go direct-to-consumer with all of its programming?

What does this mean? ESPN would still be on cable, but it would be offered to consumers directly without cable. Not just ESPN+, but a service that would allow you to receive all of ESPN’s vast programming

ESPN DTC would likely be priced between $19.99-$29.99 to start. And, here’s the kicker: It opens the door to a bigger move to recreate its own bundle with news, sports and entertainment, using all of Disney’s assets.

5. What is the future of Turner Sports?

I think the answer right now is: Who the heck knows? New bosses are everywhere, from the top of its parent company in Warner Bros. Discovery — Zaslav — to the head of Turner Sports — Luis Silberwasser. So to act as if this new Turner executive team will go about business as usual is too big an assumption at this point. Will it? It very well could, and it will be a big player for years to come with the NBA, MLB, NHL, March Madness and golf. However, it is unclear how it will shape up going forward as agreements need to be renewed?

Could it team up with CBS on the NBA, like it does with college hoops? Could it step back from new deals, beginning with the NBA? Zaslav made it clear he can live without basketball if he doesn’t like what he hears from commissioner Adam Silver.

There are questions. Turner has always been a below-the-radar powerhouse in sports media. That may not be the case soon.