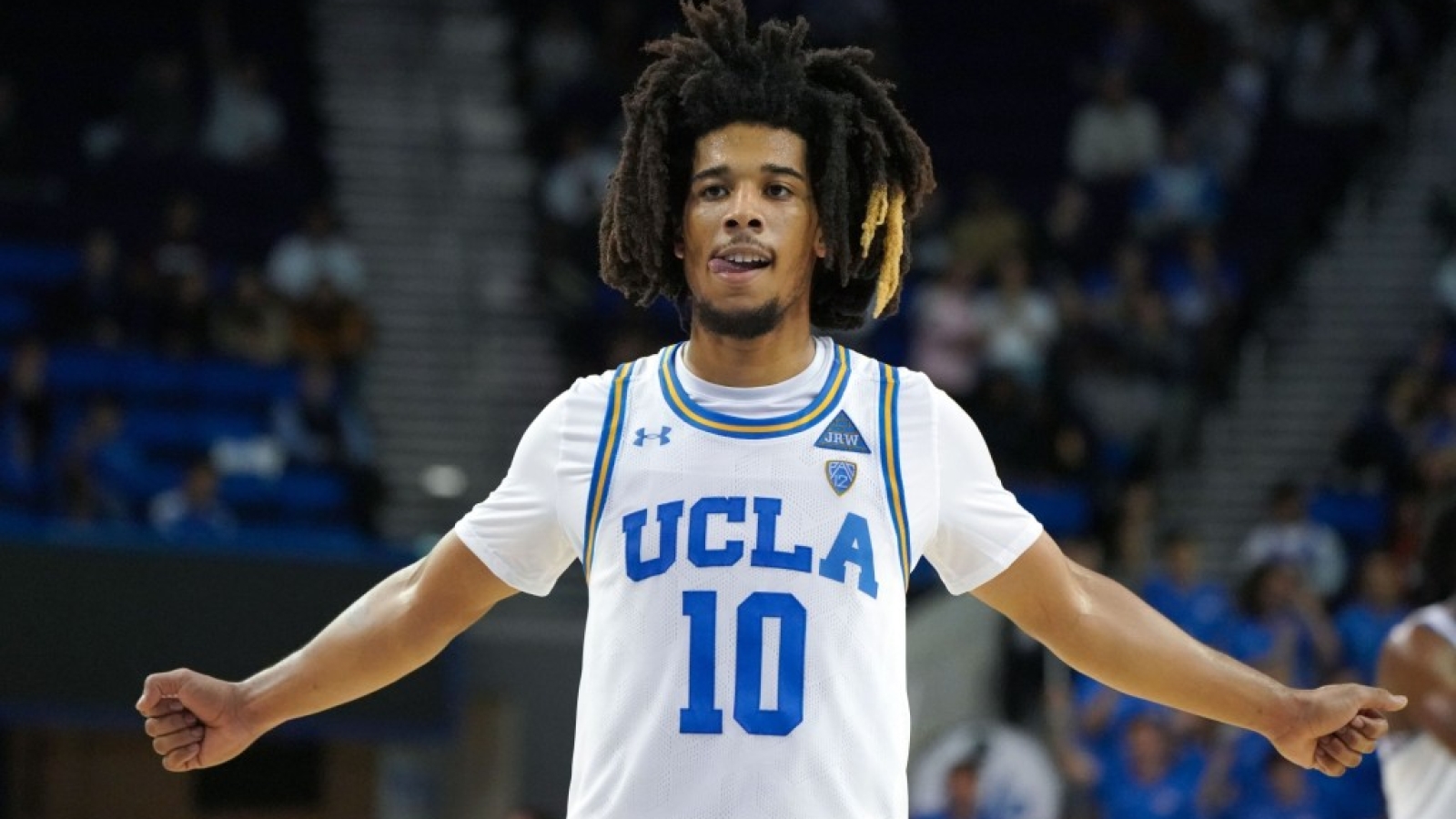 After a barrage of gruesome results in non-conference play, the Pac-12 has undertaken a salvage operation — and just in time.

With days remaining in this crucial portion of the season, the conference recorded a slew of first-class victories that should improve its prospects for a respectable haul of NCAA Tournament bids and seeds.

The evidence of a turnaround:

— UCLA hammered Maryland and Kentucky on a sterling East Coast road swing and has climbed into the top 10 of the latest NET rankings.

— Arizona fended off Tennessee to bolster its case for a No. 1 or 2 seed in the NCAAs.

— USC edged Auburn to increase the number of Pac-12 teams with victories over power conference opposition.

Combine those first-class results with a recent spate of second-tier victories and the Pac-12’s non-conference winning percentage, which dipped to the high 50s earlier in the month, is now in the mid-60s.

To be clear: The uptick won’t fully offset weeks of ghastly losses, but it should mitigate the damage. A conference that once seemed destined for just two or three NCAA bids now has a chance to claim four or five.

To the Hotline’s latest power ratings …

Last week: 2Results: won at Maryland 87-60, beat Kentucky 63-53Next up: vs. UC Davis (Wednesday)NET ranking: 5Comment: The East Coast wins were impressive enough to warrant elevating the Bruins, but we suspect UCLA and Arizona will take turns occupying the top spot over the next three months. No signs (yet) that anyone else is good enough to uproot the powerhouses.

Last week: 1Results: beat Texas A&M-Corpus Christi 99-61 and Tennessee 75-70Next up: vs. Montana State (Tuesday)NET ranking: 8Comment: The Wildcats are No. 1 in the nation in adjusted offensive efficiency (per the Pomeroy ratings), but the number to watch is their defensive ranking. It’s currently No. 66, which isn’t good enough to carry them to the promised land.

Last week: 3Results: beat San Diego 91-67Next up: at San Francisco (Wednesday)NET ranking: 23Comment: The Hotline does not recommend playing road games against WCC opponents (unless it’s Gonzaga), because those are no-win situations for the Pac-12. That said, Bobby Hurley doesn’t care what we think.

Last week: 5Results: beat Long Beach State 88-78 and Auburn 74-71Next up: vs. Colorado State (Wednesday)NET ranking: 95Comment: The Trojans’ NET ranking remains low because two-thirds of their victories are of the Quadrant IV (i.e., lowest) variety. Without a slew of high-level wins in league play, they won’t join the at-large field.

Last week: 6Results: beat North Alabama 84-60 and Northern Colorado 88-77Next up: vs. Southern Utah (Wednesday)NET ranking: 49Comment: Three wins in a row? OK, sure. That’s great. But what did Deion have for breakfast?

Last week: 7Results: beat Cal Poly 74-68 and Idaho State 90-55Next up: vs. Auburn (Wednesday)NET ranking: 89Comment: Auburn’s visit gives the Huskies a chance to show skeptics — and that group includes the Hotline — if they are legitimately mediocre or just faux mediocre.

Last week: 8Results: beat UC Riverside 71-65 and Portland 78-56Next up: vs. Utah Valley (Tuesday)NET ranking: 56Comment: Three of the Ducks’ five losses are to teams ranked in the top five of the current NET (Houston, UConn and UCLA). But there are no Quadrant I wins to stand as offsets.

Last week: 10Results: beat Green Bay 85-40, lost to Texas 72-62Next up: vs. Loyola Chicago (Thursday)NET ranking: 96Comment: No bad losses but no good wins is no way to qualify for the NCAAs for the first time since 2014.

Last week: 11Results: lost to Baylor 65-59Next up: vs. George Washington (Thursday in Hawaii)NET ranking: 70Comment: If the Cougars were smart, they would eschew Christmas gifts and instead ask Santa how to win close games.

Last week: 12Results: lost to Santa Clara 71-62Next up: vs. UT Arlington (Wednesday)NET ranking: No. 342Comment: Believe it or not, Cal isn’t the lowest-ranked team from a Power Six conference. Louisville, the owner of three NCAA titles, is No. 345. So the Bears have that going for them!

*** Pac-12 Hotline is not endorsed or sponsored by the Pac-12 Conference, and the views expressed herein do not necessarily reflect the views of the Conference.