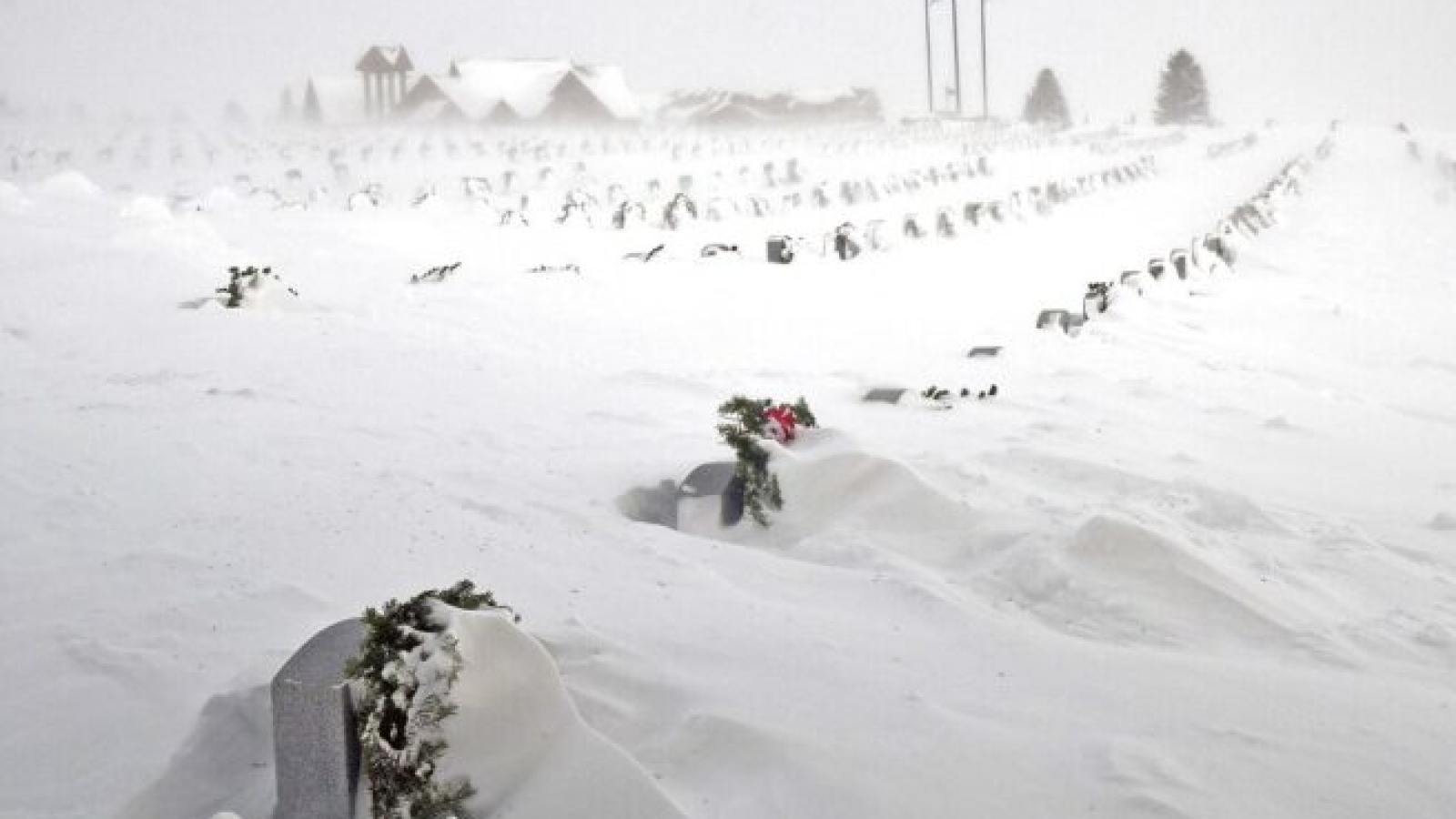 The first major winter storm of the season struck the Mahoning Valley early this morning as rain showers turned into blowing snow about 4 a.m.

Accumulations are minimal, but the high winds and falling temperatures pose a danger to those traveling on area roadways.

The National Weather Service has issued a wind chill warning and winter storm warning for both Mahoning and Trumbull counties that will remain in effect until 10 a.m. Saturday. The weather service in Cleveland at 10 a.m. today issued a blizzard warning for Cuyahoga, Lake, Geauga and Ashtabula counties until 4 a.m. Saturday.

Although no major crashes or incidents have been reports, authorities have urged residents to use caution when traveling and to stay at home if they do not have to leave.

Other reports had poles falling across Glenwood Avenue and Boston Avenue on Youngstown’s South Side, with a tree falling across a drive in Mill Creek Park.

The National Weather Service has issued a wind chill warning and winter storm warning for both Mahoning and Trumbull counties that will remain in effect until 10 a.m. Saturday. The temperature dropped about 40 degrees in about four hours this morning with winds picking up speed. Gusts were expected to reach 50 mph. Wind chills are expected to be well below zero by this afternoon.

The Salvation Army on Franklin Street SE in Warren has opened a “warming center” to the homeless and others until 3 p.m. today. The hours may be extended based on need. For more information, call 330-392-1573.

By 9:30 a.m., Ohio Edison’s website noted almost 22,000 customers were without power statewide, including a some 19 households in Howland Township, Hubbard, Youngstown, Austintown, Canfield and Poland. Residents experiencing a power outage, should report it to Ohio Edison by calling (888)-544-4877 or logging onto www.firstenergycorp.com and clicking on “Report Power Outages.”

Republic Services of Youngstown announced this morning they it suspended curbside trash pickup operations because of the current weather conditions. The announcement, which was texted to all customers, stated Republic Services will resume pickup service on Monday.

Local closings announced this morning include:

The Trumbull County Sheriff’s office warns those who become trapped in their vehicle or those without power:

* Stay inside and call or signal for help;

* Limit time outside. If you must go outside, dress in layers. Wear a coat, hat and gloves. Watch for signs of frostbite and hypothermia.

* Avoid carbon monoxide poisoning. Never use generators or grills indoors, in garages or near windows. Never heat your home with a gas stovetop or oven.

* If it is safe to do so, check on your neighbors.

Across the country, tens of millions of Americans endured bone-chilling temperatures, blizzard conditions, power outages and canceled holiday gatherings today from a winter storm that forecasters said was nearly unprecedented in its scope, exposing about 60 percent of the U.S. population to some sort of winter weather advisory or warning.

More than 200 million people were under some form of winter weather advisory or warning this morning, the National Weather Service said. The weather service’s map “depicts one of the greatest extents of winter weather warnings and advisories ever,” forecasters said in a statement this morning.

More than 3,400 flights within, into or out of the U.S. were canceled today, according to the tracking site FlightAware, causing more mayhem as travelers try to make it home for the holidays. More than 458,000 homes and businesses were without power this morning.

The huge storm stretched from border to border. In Canada, WestJet canceled all flights today at Toronto Pearson International Airport, beginning at 9 a.m. And in Mexico, migrants waited near the U.S. border in unusually cold temperatures as they awaited a U.S. Supreme Court decision on whether and when to lift pandemic-era restrictions that prevent many from seeking asylum.

“This is not like a snow day when you were a kid,” President Joe Biden warned Thursday in the Oval Office after a briefing from federal officials. “This is serious stuff.”

Forecasters are expecting a bomb cyclone — when atmospheric pressure drops very quickly in a strong storm — to develop near the Great Lakes. That will stir up blizzard conditions, including heavy winds and snow.

Among those with canceled flights was Ashley Sherrod, who planned to fly from Nashville, Tennessee, to Flint, Michigan, on Thursday afternoon. Sherrod was debating whether to drive or risk booking a Saturday flight that she worries will be canceled.

“My family is calling, they want me home for Christmas, but they want me to be safe, too,” said Sherrod, whose bag — including the Grinch pajamas she was planning to wear to a family party — was packed and ready by the door. “Christmas is starting to, for lack of a better word, suck.”

The cold also led to a high demand at homeless shelters, including in Detroit, where some shelters were at capacity Thursday.

“We are not sending anyone back into this cold,” Aisha Morrell-Ferguson, a spokeswoman for COTS, a family-only shelter, told the Detroit News.

And in Portland, Oregon, officials opened four emergency shelters. In the city’s downtown, Steven Venus tried to get on a light-rail train to get out of the cold after huddling on the sidewalk overnight in below-zero temperatures.

“My toes were freezing off,” he said, a sleeping bag wrapped around his head, as he paused near a flimsy tent where another homeless person was taking shelter.

Courtney Dodds, a spokeswoman for the Union Gospel Mission, said teams from her organization had been going out to try to persuade people to seek shelter.

“It can be really easy for people to doze off and fall asleep and wind up losing their lives because of the cold weather,” she said.

The area could see 2 to 4 feet of snow through the weekend, National Weather Service meteorologist Richard Otto said.

Denver, also no stranger to winter storms, was the coldest it has been in 32 years on Thursday, when the temperature dropped to minus 24 in the morning at the airport.


Today’s breaking news and more in your inbox