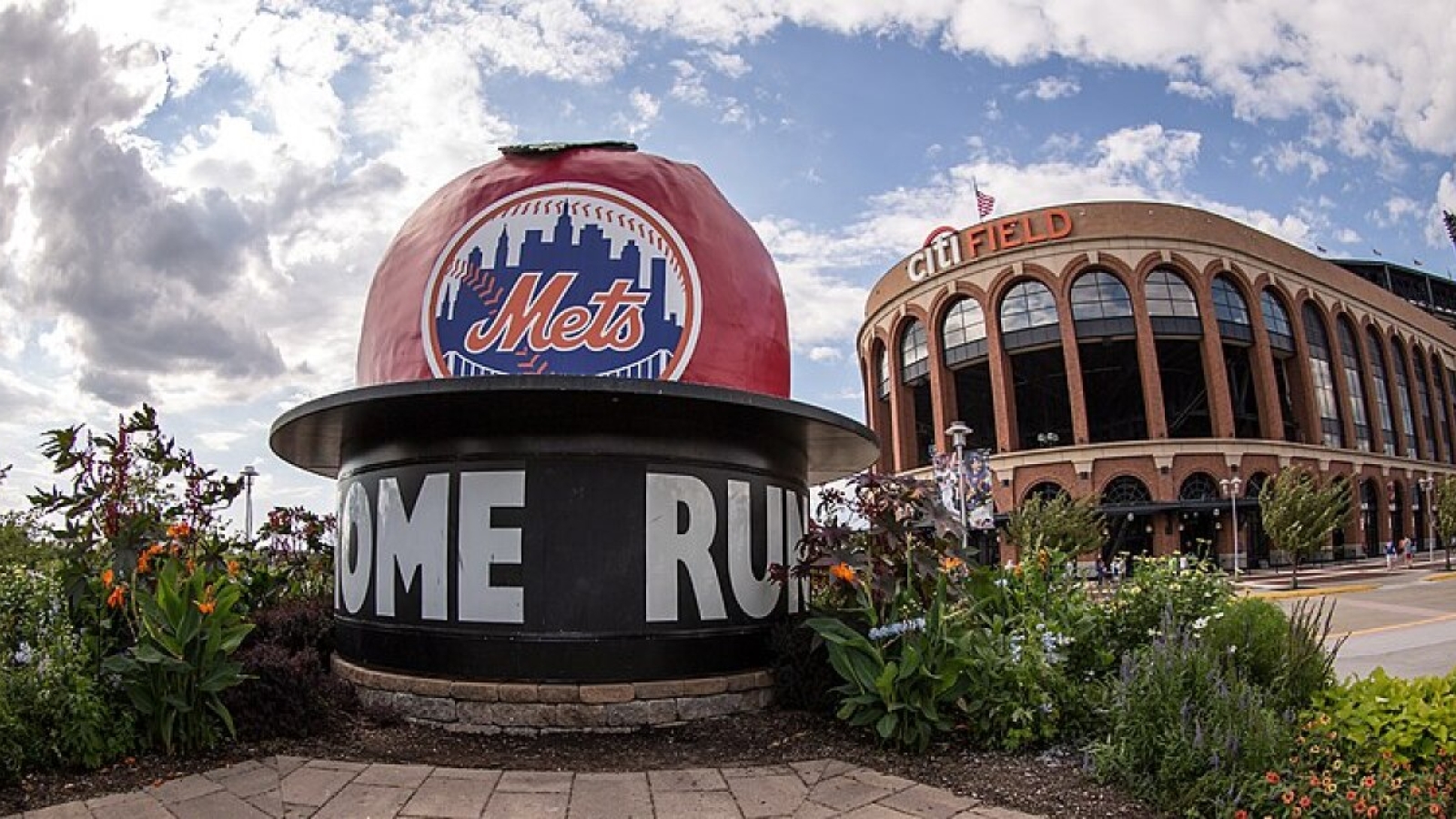 Breaking news overnight that after the San Francisco Giants postponed a news conference Tuesday to introduce Carlos Correa after a medical concern arose during the All-Star shortstop’s physical, MLB.com is now reporting that owner Steve Cohen and the Mets swooped in and agreed to terms on a 12-year, $315 million deal with infielder Carolos Correa.

The deal is not yet official and is pending a physical, which is an important distinction. The Mets have not confirmed the agreement.

The New York Post was first to report that Correa and the Mets had come to terms on a deal, mere hours after the shortstop’s 13-year, $350 million contract with the Giants fell apart over apparent medical concerns. That gave Cohen, who is on vacation in Hawaii, a window to slip through and reopen negotiations with Correa.

Immanuel Quickley scored 22 points, Jalen Brunson had 21 and the New York Knicks rolled to their eighth straight victory, beating the depleted Golden State Warriors 132-94. Quentin Grimes added 19 points and RJ Barrett had 18 as New York extended the longest current winning streak in the NBA. Julius Randle finished with 15 points and 12 rebounds, while Mitchell Robinson had nine points and 11 rebounds. Jordan Poole scored 26 points for the Warriors, who are without Stephen Curry, Andrew Wiggins and other key players.

Mortgage executive Mat Ishbia has agreed in principle to buy the Phoenix Suns and Phoenix Mercury from embattled owner Robert Sarver for $4 billion. The sale is expected to take several weeks to complete. Ishbia is chairman, president and chief executive of United Wholesale Mortgage. He also is a former Michigan State basketball player and a member of the Spartans’ NCAA championship team in 2000. Sarver was suspended by the NBA in September over workplace misconduct that included racist speech and hostile behavior toward employees.

Evgeni Malkin and Bryan Rust each scored a power-play goal as the Pittsburgh Penguins beat the New York Rangers 3-2 to stop their seven-game winning streak. It was the first meeting between the division rivals since New York rallied to win their first-round playoff series last season. Sidney Crosby scored his 18th goal and had an assist for the surging Penguins, who have won eight of nine. Pittsburgh is 15-3-2 in its last 20 games overall. Tristan Jarry made 26 saves and extended his winning streak to seven. He also has a career-best 13-game point streak. Chris Kreider scored twice for the Rangers. Igor Shesterkin stopped 21 shots but lost on the road in regulation for the first time this season.

A parade in Buenos Aires to celebrate the return of Argentina’s World Cup champion team was abruptly cut short as millions of people poured onto streets, highways and overpasses in a chaotic attempt to catch a glimpse of team members. So many jubilant fans swarmed the Argentine capital on Tuesday that the players were forced to abandon the open-air bus taking them to Buenos Aires. They instead boarded helicopters for a capital flyover that the government billed as an aerial parade. The success of the Lionel Messi-led squad brought much-needed good news for the soccer-crazed but economically hurting neation, where mearly 4-in-10 live in poverty.

The Masters is keeping its criteria the same for next year. That means 16 players from Saudi-funded LIV Golf will be at Augusta National to compete for a green jacket. Club chairman Fred Ridley says he’s disappointed in the fractured nature of golf. But he says the focus of the Masters is to bring the top players together from around the world. The 16 players from LIV Golf include six former champions and six who qualify by being in the top 50 in the world ranking. Ridley said the club still reserves the right to alter its criteria for 2024.

Zach Wilson will start at quarterback for the New York Jets against the Jacksonville Jaguars. Coach Robert Saleh says Mike White still hasn’t been cleared by doctors to play as he recovers from broken ribs. Wilson has been taking the snaps with the starters during walkthrough practices this week. Wilson had been benched for three games to work on his mechanics and mental approach. He had an up-and-down performance in his return last Sunday in the Jets’ 20-17 loss to Detroit. He was 18 of 35 for 317 yards and two touchdowns.

Philadelphia Eagles quarterback Jalen Hurts still has a chance he could play Saturday against the Dallas Cowboys. Hurts sprained his right shoulder in Sunday’s win against Chicago. Eagles coach Nick Sirianni did not rule out Hurts on Tuesday. Sirianni said there’s a chance Hurts could play this week. The Eagles need one more win to clinch the NFC East and secure the No. 1 seed in the NFC. They would turn to backup QB Gardner Minshew to start Saturday’s game against the Cowboys if Hurts isn’t ready to play.

YouTube TV has emerged as the favorite to land the NFL’s “Sunday Ticket” package of out-of-market games, but the sides have not finalized a deal. That’s according to two people with knowledge of the negotiations. The people spoke to The Associated Press on condition of anonymity because they weren’t authorized to discuss financial matters and the contract is still being negotiated. A deal could be announced as soon as Wednesday. The Wall Street Journal was the first to report that YouTube TV, owned by Google, was the front-runner for the package that allows fans to watch any Sunday afternoon game.

Chiefs quarterback Patrick Mahomes is making another run at the MVP award, but he’s doing it in a different manner than in 2018, when he won his first trophy. Back then, he was airing the ball out in an offense predicated on big plays, even if it often led to interceptions and other mistakes. Mahomes still has that aggressiveness in his game, and he said Tuesday that he probably always will. But he’s also learned to take his game to the limit without going over the proverbial line, and that’s a big reason why he’s on pace to break Peyton Manning’s NFL single-season yardage record.