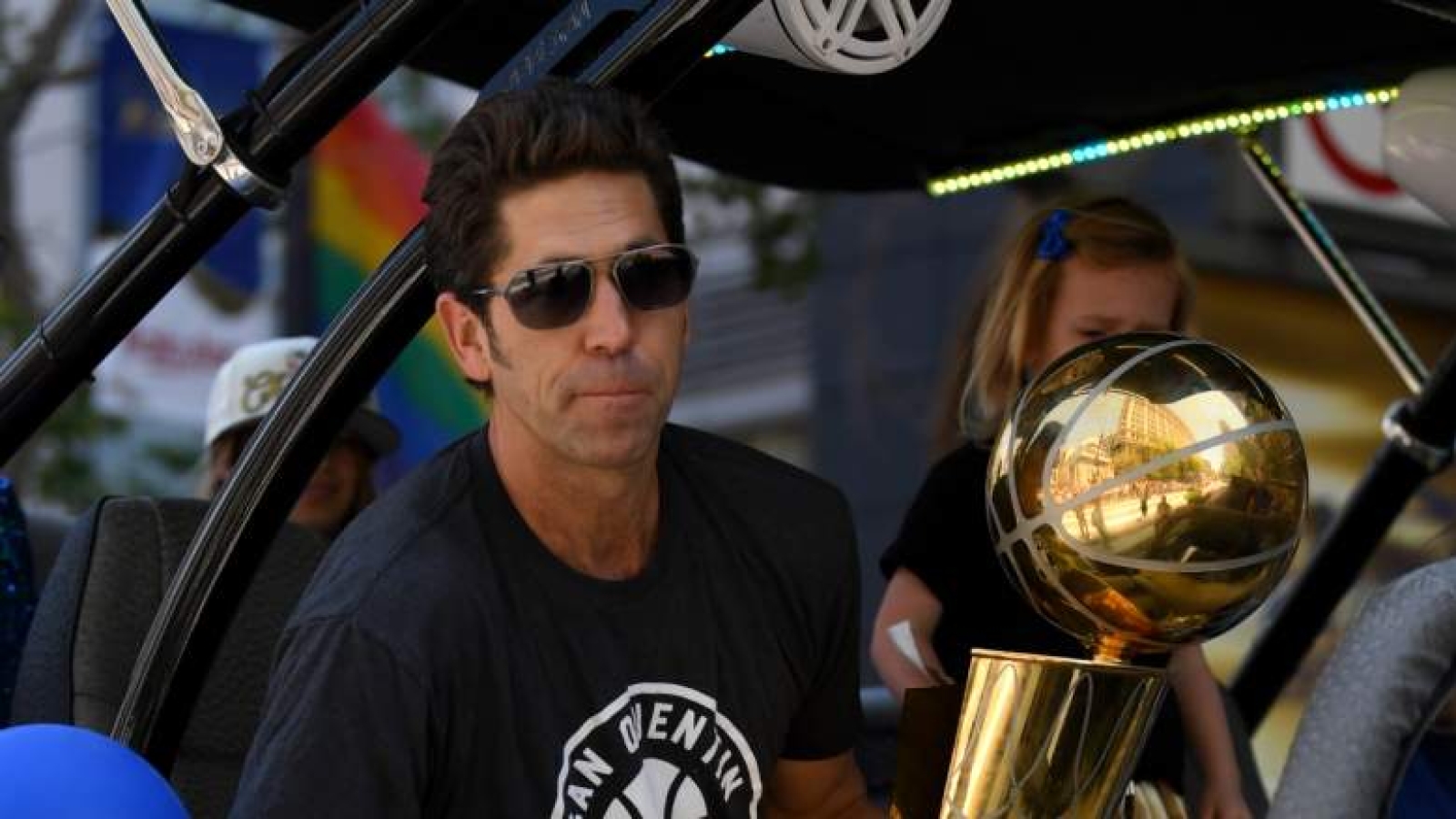 Judging the Golden State Warriors at this exact moment in time is a dicey proposition given the sheer volume of injuries the team is currently experiencing. On the other hand, the 32-game sample size heading into the Dubs’ Wednesday road bout with the KD and the Brooklyn Nets is a substantial one.

And over the course of the season to date, Golden State has experienced a myriad of major issues that have little to do with Stephen Curry’s shoulder and/or Andrew Wiggins’ adductor.

With February’s trade deadline approaching, some have wondered whether some kind of personnel change might be the solution to that other stuff. To that end, a number of names have been tossed out as potential trade targets, perhaps none more so than big men Jakob Poeltl and Myles Turner.

If Bob Myers did decide to explore the trade market, however, one league GM can see the Warriors prez tackling another position group entirely by making a play for a defensive-minded former LA Lakers fave.

If there’s a team in the league facing more adversity than the Warriors are right now, it’s probably the Chicago Bulls, who can apparently add intra-squad turmoil to a litany that also includes key injuries, regular lapses on both sides of the ball and youngsters not being ready for primetime.

As such, the Windy City crew may be staring a hard reboot in the face. With that being the case, an Eastern Conference GM tells Heavy Sports’ Sean Deveney that the Dubs could potentially capitalize on the situation by swapping a blue-chipper for veteran guard Alex Caruso.

Said the GM: “If [the Bulls] can get some draft capital back for Caruso, and maybe a player, that would suit them. Teams like Phoenix or Miami, both would be in a position to make a trade like that. Even the Warriors, they could send out a young guy, a guy like [James] Wiseman to get into win-now mode.”

Late last month, The Ringer’s Bill Simmons had a similar thought, proposing a Caruso-Moses Moody trade that would also include Donte DiVincenzo, a pick swap and cash. In either case, the Dubs would be sacrificing some youth/potential for a proven commodity and Warriors-type player.

Caruso Would Be in High Demand on the Trade Market

In addition to the Warriors, Suns and Heat, the GM namechecked the Philadelphia 76ers and LA Lakers (who would “certainly would like to have him back”) as potential suitors, too. He doesn’t think the list would end there, either.

“If things don’t improve, Caruso is the guy most will be looking at in the short term,” the GM told Deveney. “He has good trade value and would get something like 15 interested teams if he were up to be dealt.”

Of course, Caruso is a legitimate two-way talent with championship experience and the unique ability to act as either an energizer in short spurts off the bench or a big-minute floor general (as he did for the injury-plagued Bulls at times in 2021-22). One could easily envision him filling the oft-discussed Gary Payton II role.