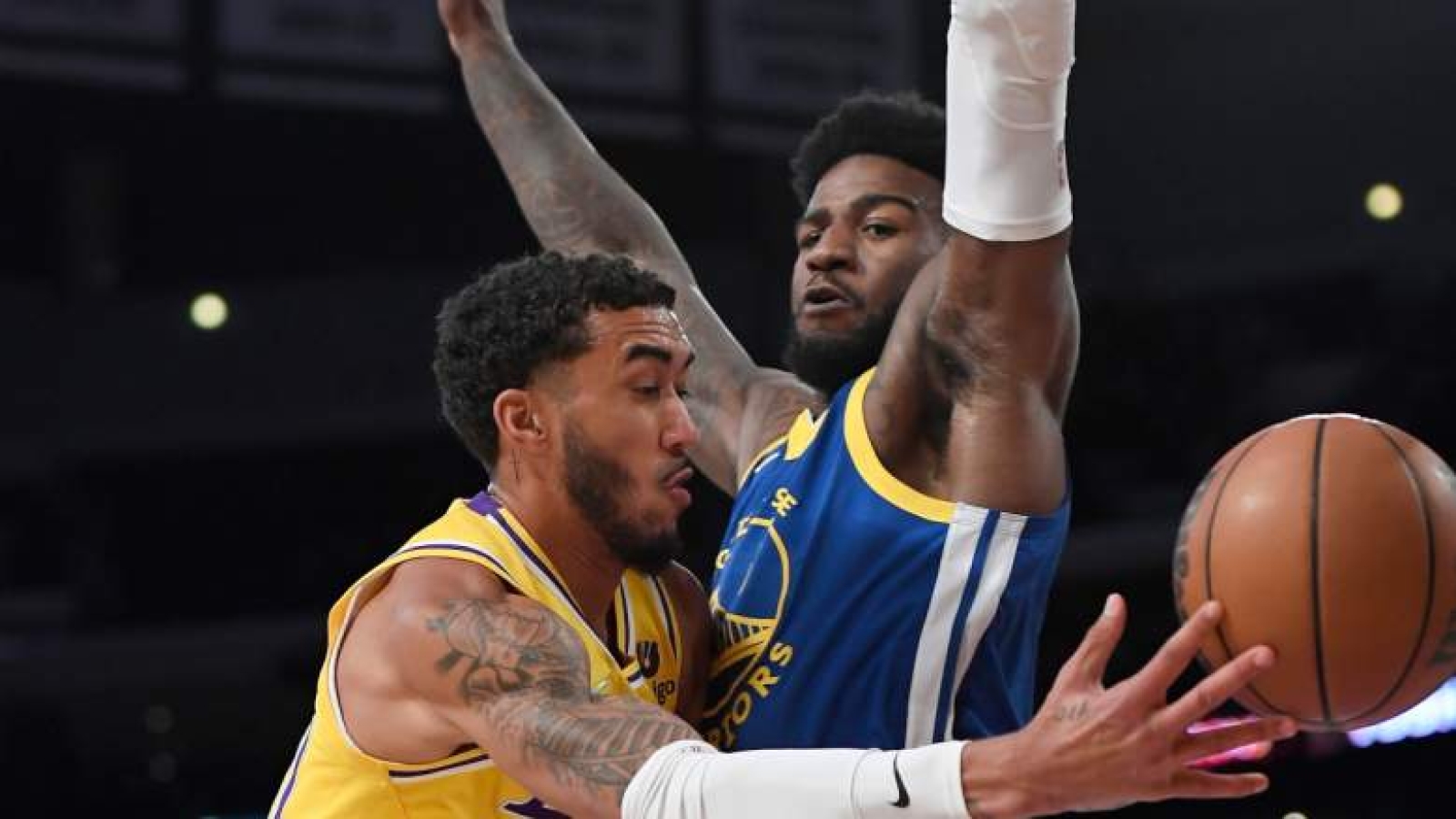 Jordan Bell defends Trevelin Queen during a 2021 game between the Golden State Warriors and the LA Lakers.

If anything had a chance to cure the doldrums Dub Nation has been experiencing amid mounting losses and injuries, it was a blowout win over a trash-talking Grizzlies team with championship aspirations. That’s exactly what the Golden State Warriors delivered on Sunday, too, as if it were fated by Father Christmas himself.

Still, one can’t help but wonder if the win will actually lead to anything. After all, Steve Kerr’s club has yet to show that it can consistently board, defend, close, et al. over a period of multiple games. And Kerr is still having to employ patchwork lineups as players up and down the roster deal with bumps and bruises.

The latter issue has ballooned to such a degree that fans have taken to joking about ringing up the likes of Quinn Cook, Jeremy Lin, Jordan Bell, etc. to see if they’re available to play 10-15 minutes in a pinch.

While that’s largely message-board musing, a league exec does believe that one of the aforementioned ballers — namely, Bell — could get another NBA opportunity in the future.

GM: Jordan Bell ‘Will Get Another Shot’

It has been a hot minute since Bell, who’s suddenly on the verge of turning 28, has gotten a real chance in the Association. He joined the Chicago Bulls a full calendar year ago on a 10-day contract amid a teamwide COVID-19 outbreak, but only saw two minutes of game action before his ultimate release.

“He has the talent. He is a great athlete, a good defender and he is a likable guy, but he just does not have the focus. He has worn out his welcome in some places,” the GM said. “But with his talent, if you think he has matured and all of that, he is someone who will get another shot.”

If Bell’s contributions to Team USA’s FIBA World Cup bid over the last year is any indication, the big man is on the right path. Over four first-round qualifiers, Bell averaged 6.0 points, 7.5 rebounds, 4.3 assists, 2.5 blocks and 2.0 steals in just 22.1 minutes per contest and shot 68.8% from the floor.

Along the way, American coach Jim Boylen referred to him as “the leader of our team.”

More recently, Bell has been balling out alongside another ex-Warrior — Jeremy Lin — with the Guangzhou Loong Lions of the Chinese Basketball Association (CBA). And while the team is currently languishing near the bottom of the CBA standings with a 7-11 record, Bell has played well.

The GM tells Deveney that a team with strong leadership and real goals may be able to channel that level of versatility toward a productive end.

“A team with a good culture, like a Miami or Boston, even New Orleans now, that would be the kind of team that could take a gamble on him, and it could really pay off. “