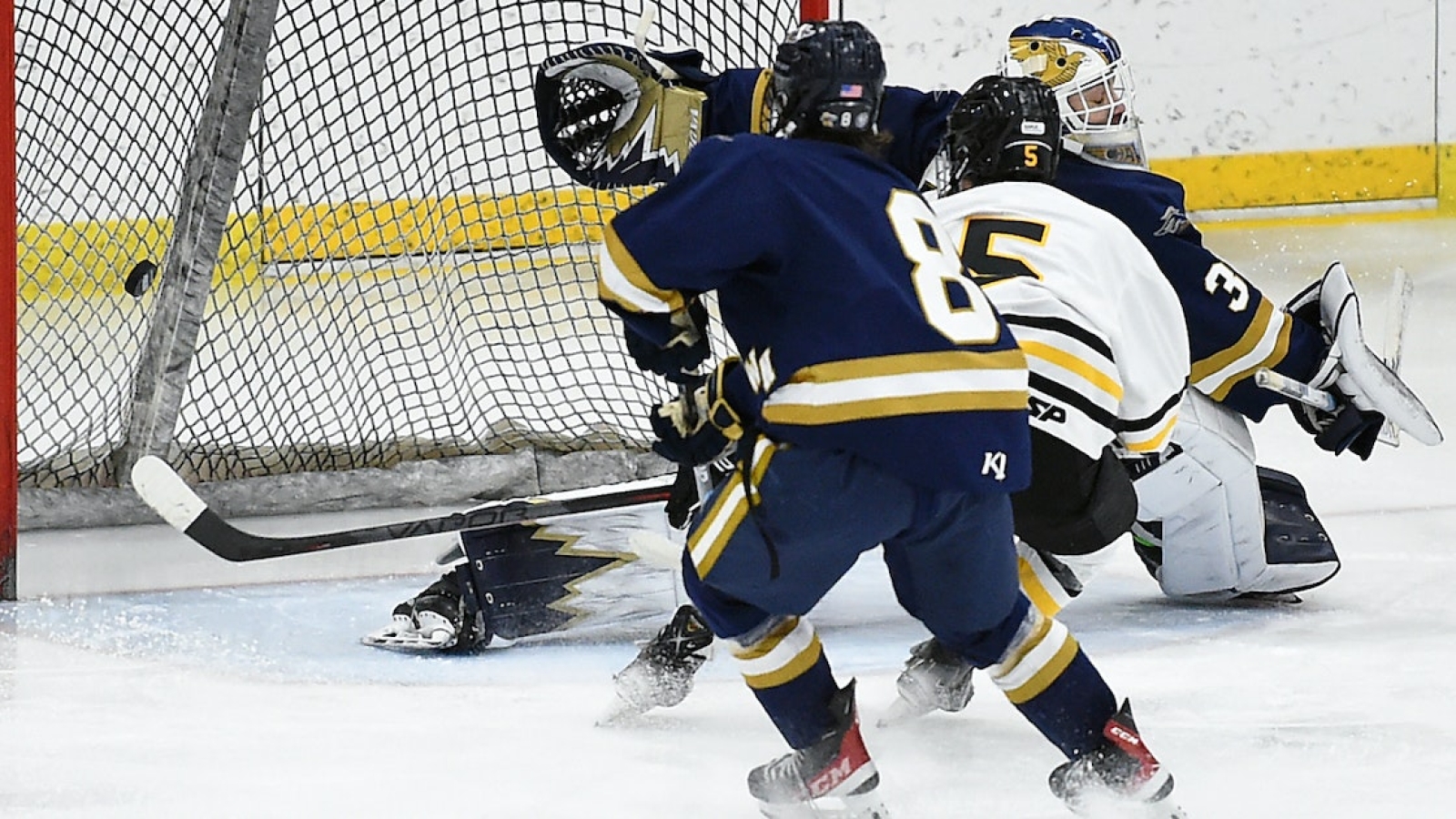 Really? Minnesota high school hockey enthusiasts hold the Warriors-Rams feud in a special light. Shaugabay does have a case, however.

Both teams, No. 1-ranked Warroad and No. 2 Hermantown, were undefeated heading into Saturday’s game. And to top it off, the Warriors’ home victory ended Hermantown’s ridiculous unbeaten streak of 103 regular-season games against Class 1A opponents dating back to 2013.

“We pretty much did make history tonight,” Shaugabay said.

Anticipation registered as far away as Eveleth. Informed Friday afternoon of the impending showdown, Kathy Frank, gift shop clerk at the U.S. Hockey Hall of Fame, replied, “Oh, that should be a good one.”

The hype was palpable for Shaugabay on Saturday morning when he attended younger brother Ryan’s Bantam A game at Gardens Arena and received well wishes from fans. Later, the faithful helped fill the 1,800-seat arena. They arrived by car, truck and snowmobile. Nonpartisan spectators couldn’t resist, either. West Fargo played the 8 a.m. game of a squirt tournament and some families returned for the 5 p.m. Warroad-Hermantown game. Players appreciated the atmosphere. But they relied on a quiet focus.

Murray Marvin-Cordes tied the game in the second period. In the third, Garrett Hennum scored what became the winning goal in a game not resembling a 7-4 victory against Roseau just four days earlier.

“I watched that game and it was literally just up and down, up and down,” Hawks coach Patrick Andrews said.

Warroad coach Jay Hardwick wasn’t happy with the lax defensive effort against Roseau. So he drilled discipline into his players. The Warriors practiced with their sticks upside down during the week, forcing players to take their bodies to puck carriers rather than reaching.

“It’s tricky,” Hennum said. “It makes you use your brain a little more. And you’ve got to play the body.”

“Both teams took away the middle of the rink,” Andrews said. “Everything was perimeter for the most part.”

Shaugabay iced the victory with his third-period goal. He recently bettered NHL and Olympic standout T.J. Oshie for the Warroad program lead in career points. Shaugabay, who is committed to Minnesota Duluth, entered Saturday’s game with a combined 254 goals and assists.

“It was pretty cool to beat Oshie,” Shaugabay said. “I never thought in a million years I’d be able to do that.”

“The mental side of it was a great experience for these guys,” Andrews said. “Because it doesn’t matter. But it does matter. It’s No. 1 vs. 2. It’s bragging rights. It’s state tournament seeding. So there is enough on the line to get those butterflies going, and guys have to work through that. So, these games are awesome. You wish you could have 15 of them on your schedule.”