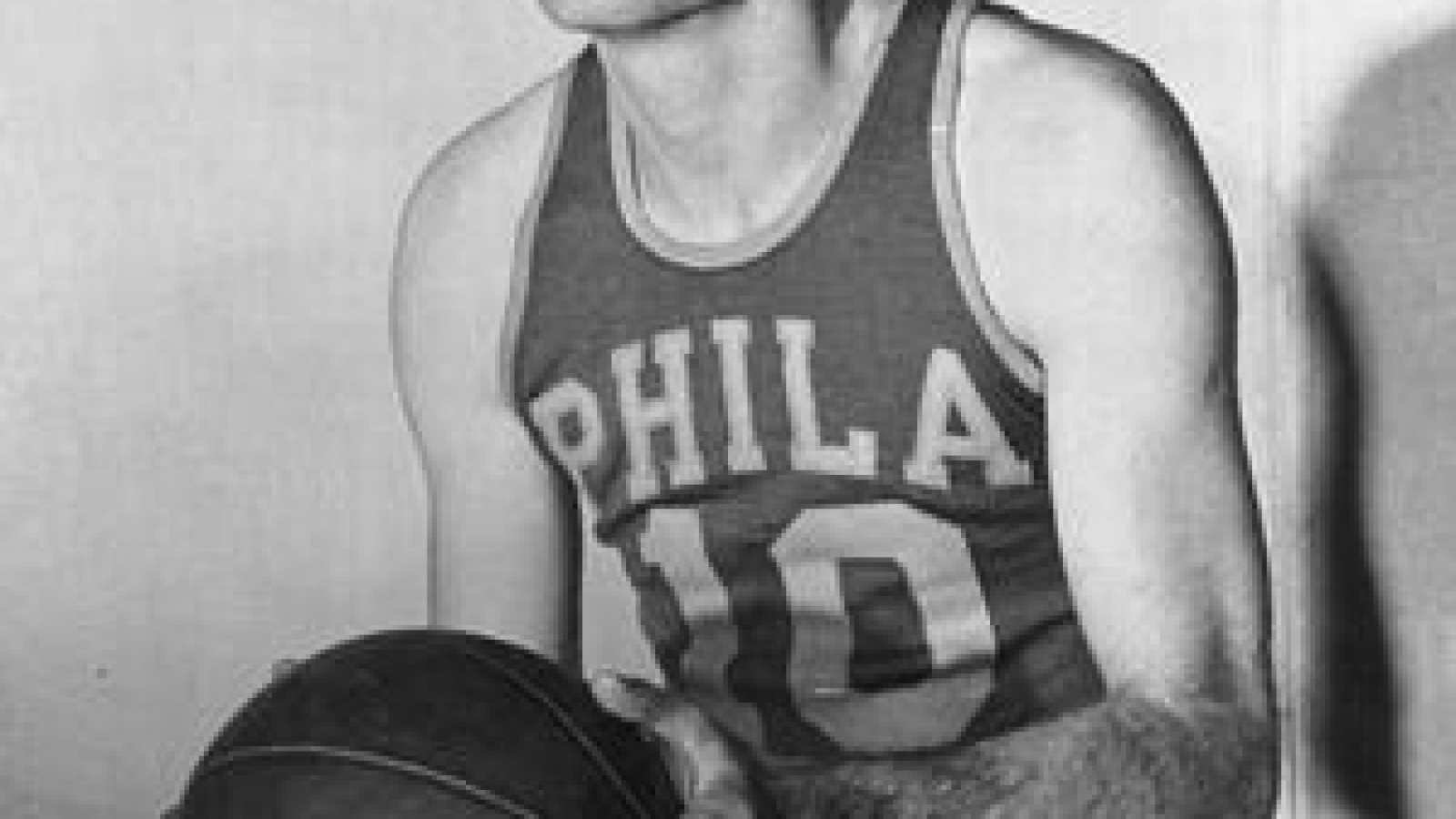 We know LeBron James is about to pass Kareem Abdul-Jabbar on the NBA’s all-time scoring list.

But who did Abdul-Jabbar pass? And when?

And what about the league’s all-time leading scorers before that?

Just six players have held the NBA’s scoring title, with Abdul-Jabbar atop the list the longest – it’s been almost 40 years since he passed Wilt Chamberlain in 1984.

James will become the seventh when he jumps Abdul-Jabbar sometime soon. At James’ scoring rate, he will score more than 40,000 points, and it may take another 40-some years before a player eclipses James.

Let’s take a look at who has been atop the NBA’s all-time scoring list:

Fulks, who spent his eight-year career with the Philadelphia Warriors, won the scoring title (23.2 points per game) in the league’s first season in 1946-47 and led the league in scoring (22.1 points) the following season. Known for helping introduce the jump shot to the game, Fulks averaged a career-high 26 points in 1948-49 and retired after the 1953-54 season. Fulks attended what is now Murray State where his jersey is retired. Fulks set a then-NBA record with 61 points in 1949 and that remained the best single-game scoring effort until Elgin Baylor had 64 in 1959. Fulks, whose post-basketball career was the director of recreation at a state penitentiary, was killed in 1976 by his girlfriend’s son during a drunken argument over a handgun. He was 54. Fulks was inducted into the Basketball Hall of Fame in 1978.

COUNTDOWN: How close is LeBron to setting the NBA all-time scoring mark?

Mikan entered the league in the 1948-49 season from DePaul and was a scorer from the start, putting up at least 30 points in five of his first 10 games. Like Fulks, he didn’t play long, just six-plus seasons, but Mikan averaged 23.1 points (and 13.4 rebounds). He was a six-time All-NBA selection, won the scoring title three times and won five NBA titles. Another dominant big man, the 6-10 Mikan was a masterful scorer at the basket, having perfected layups with his Mikan Drill – practicing right-handed and left-handed layups over and over. Mikan passed Fulks in the 1952-53 season. Mikan, who was inducted into the Basketball Hall of Fame in 1959, helped change the game in multiple ways, including widening the lane and banning goaltending. As commissioner of the ABA, Mikan championed the 3-point line.

In 1958, during the third quarter of the Syracuse Nationals’ blowout victory against the Detroit Pistons, Schayes became the NBA’s all-time leading scorer. A columnist for the Syracuse Post-Standard wrote, “with the record beckoning and his mates feeding him to help him set the mark, Schayes consistently passed off to better-positioned opponents rather than risk poor shots.” Schayes played 15 seasons, averaging 18.5 points for his career, including a career-high 24.9 in 1957-58. Schayes mastered getting to the foul line (7.9 attempts per game) and making free throws (84.9%). Schayes also played in 91% of his team’s games. He was a 12-time All-Star and 12-time All-NBA performer, entering the Basketball Hall of Fame in 1973.

A couple of things about Pettit: 1) He was one of the first players to understand the value of weight training and dismissed those who thought putting on muscle would ruin his shot; 2) When Pettit, playing for the St. Louis Hawks, passed Schayes as the NBA’s all-time leading scorer in 1964, the game was stopped and Cardinals great Stan Musial presented him with the game ball, according to a United Press International story. In the era where big men dominated, Pettit averaged 26.4 points, including a career-high 31.1 (and 18.7 rebounds) in 1961-62. He led the league in scoring twice, was an All-Star in each of his 11 seasons and was named MVP twice. He entered the Hall of Fame in 1971.

Pettit did not own the record for long. With Chamberlain entering the league in 1959 and unstoppable as a scorer at 7-1, he took over as the all-time scoring leader on Feb. 14, 1966. Chamberlain scored 41 points against Detroit that day and held the record for 18 years. Chamberlain is remembered for his individual scoring feats, including the 100-point game that is one of the most unbreakable records in sports. Chamberlain had 113 games with at least 50 points (next closest is Jordan at 31), including 45 such games in 1961-62, the season Chamberlain averaged 50.4 points. He led the league in scoring seven times, won two titles, earned All-NBA honors 10 times, was named MVP four times and became a Hall of Famer in 1979.

Abdul-Jabbar laced ’em up year after year, for 20 seasons, torching opponents with his low-post game, including his famous sky hook. Coming from UCLA to the NBA in 1960, Abdul-Jabbar was a winner and ready to dominate. He averaged 28.8 points his rookie season, 31.7 the next and 34.8 the next and 30.2 in his fourth season. For 17 consecutive seasons, he averaged at least 22 points, most often in that 24-27 range. He shot 55.9% from the field and was a reliable 72.1% shooter from the foul line. No player has more MVPs than Abdul-Jabbar’s six. He was a 19-time All-Star, 15-time All-NBA selection, won six championships and was Finals MVP twice, joining other greats in the Hall of Fame in 1995.